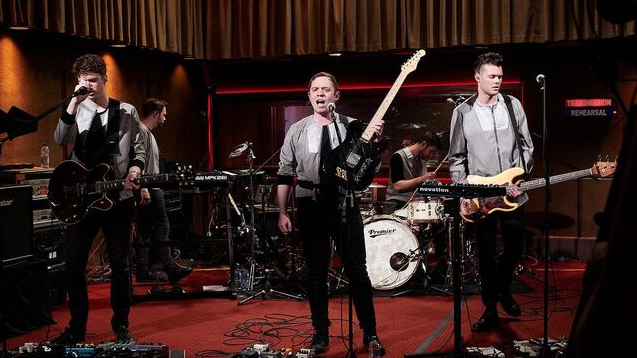 The show, which took place at the new event space at the Old Granada Studios, was live streamed on the night and is now available to watch via the Low Four website.

Low Four is a new online music platform, studio and event space based at the iconic Old Granada Studios in central Manchester. The multifaceted project will add to the building’s musical legacy - which includes TV debuts from The Beatles, Gene Vincent and The Sex Pistols - by hosting, streaming and archiving its own television-style, online music programming.

Acts such as NZCA Lines, the Mercury Prize-nominated jazz trio Go Go Penguin and Hot Chip’s Alexis Taylor are all scheduled to perform.

Commenting, Everything Everything's Jeremy Pritchard said: ‘We loved it. It's technologically up-to-date but they've maintained the original character,’

‘It's a great sounding room. The experience of live streaming was new to us and we enjoyed the way it felt like half way between a recorded session and a live gig, since there was an audience on the balcony. We would definitely come back.’

Everything Everything performed five songs in front of a live studio audience. Watch a live performance at Low Four from the band below.