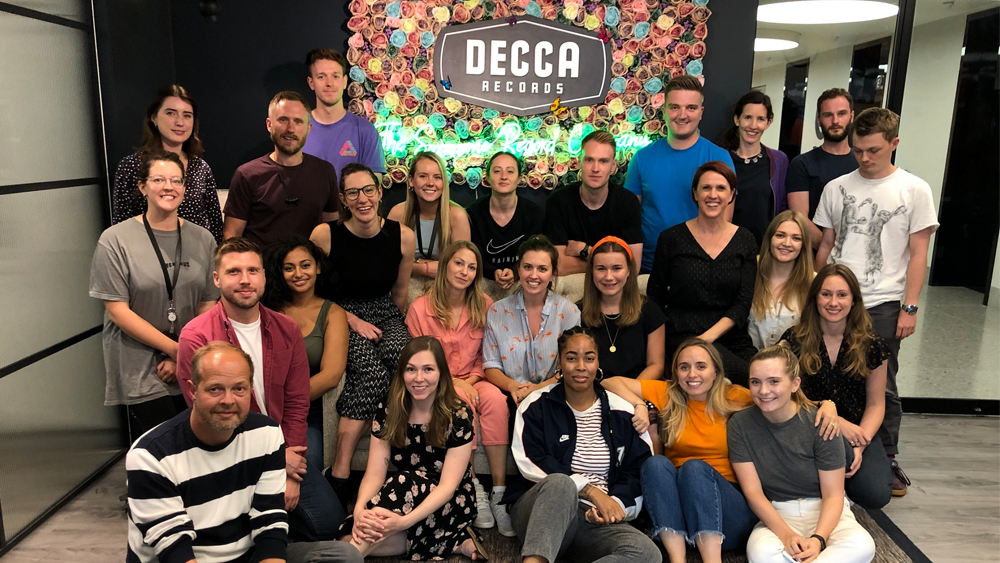 Decca launch bursary for children across the country

Decca is supporting the launch of a new Universal Music UK Sound Foundation bursary, The Decca Bursary, to help give children a classical music education, whatever their financial background.

Decca is supporting the launch of a new Universal Music UK Sound Foundation bursary, The Decca Bursary, to help give children a classical music education, whatever their financial background.

The bursary comes in Decca’s 90th anniversary year and is designed to inspire and encourage a new generation of classical musicians and composers.

In addition to the bursary announcement, Decca have revealed that the first step in raising funds for The Decca Bursary will see a team from Decca Records and Universal Music UK undertaking the Three Peaks challenge.

The team will scale the three highest peaks in England, Scotland and Wales an in their attempt to climb Scafell Pike, Ben Nevis and Snowdon, they will cover 26 miles of horizontal distance and 3,000 meters of vertical ascent to raise money for the bursary.

Individuals in full time education (or schools, teachers & parents/guardians on their behalf) will be able to apply to the Foundation for a grant up to a maximum value of £2000.

Grants are open to eligible individuals and ensembles, in need of funding for classical music lessons, instruments and courses throughout the UK and applications for awards will open in the New Year.

Rebecca Allen, president of Decca Records, says: 'As a 90 year old British music label, we have been appalled to learn about the continuous cuts being given to the arts in state schools across the country. Our industry thrives on the continuous flow of exciting new artists. It is deeply upsetting to think that young children, from whatever their background, are not even being given an opportunity to explore music. Supporting the bursary is one small way in which we can help to inspire a new generation of classical music lovers and to provide assistance in their journeys of discovery and development.'

Fiona Pope, Decca A&R manager, who has been working on the project from inception, adds: 'The bursary aims to give that ‘first foot’ into classical music that a financial barrier could halt. The opportunity to learn an instrument, and the positive outcomes across all aspects of achievement that it brings, should be for everyone. The idea that the next Pavarotti or Mozart could be within our midst but can’t afford to discover their talent is ludicrous.'

To donate to the Three Peaks Challenge, please visit justgiving.com.