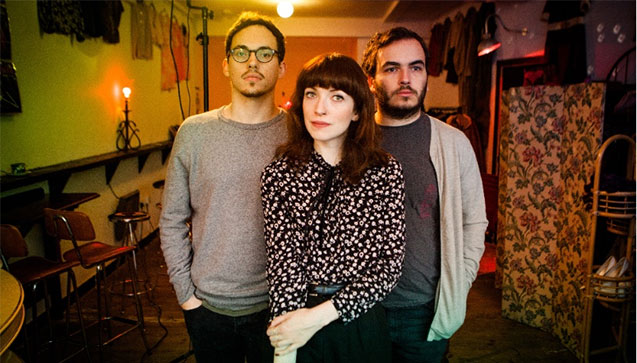 The British dream-pop trio announce their first foray into the world of videogame scores. Listen to taster track Burn it Down...

British dream-pop trio Daughter have created an original score for Square Enix’s new videogame Life is Strange: Before the Storm.

The entire soundtrack, entitled Music from Before the Storm, will be released on 1 September, and also features three tracks from Daughter’s back catalogue.

Hear new track, Burn it Down –

Before the Storm is the prequel to Life is Strange, the BAFTA Award-winning videogame which drew on real life issues and characters for its narrative. The 2015 original featured music from the likes of Mogwai, Foals, Breton, Sparklehorse and alt-J.

Daughter’s Elena Tonra said: ‘We are so proud to have written the soundtrack for Life Is Strange: Before The Storm. It was our first experience working on an original soundtrack, and we are so honoured to have been given the opportunity to work with the team.

‘We loved the story on first read as it centres around realistic female lead characters who are emotional, intelligent, sensitive and badass in equal measure. I think the characters themselves have really inspired the soundscapes we have created. It was a pleasure to be involved.’

Read our 2016 Sound Chip Symphonies feature about artists behind the latest wave of blockbuster videogame soundtracks and the opportunities for composers in gaming.