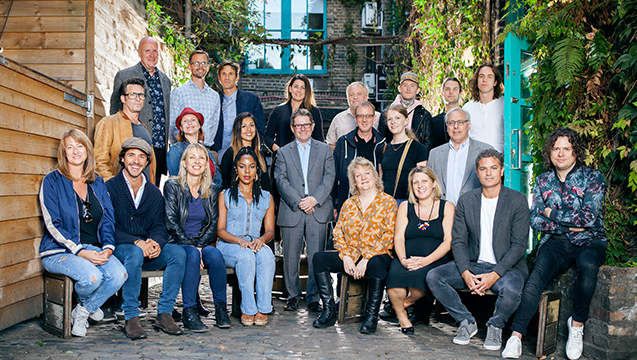 The CMM has launched to ensure music makers and industry professionals can thrive in the digital age and to protect the £4.4bn GAV they bring to the UK economy.

The UK Council of Music Makers (CMM) has launched today with the aim of ensuring artists, songwriters, producers, and creators can thrive in the digital age.

As part of this fight, the organisation is calling for the UK government to convene representatives of rightsholders and creators in the music industry and to update pre-digital era contracts, ensuring they are fair and address value gaps and inequality.

The CMM says its overall aim is to achieve modernisation, fairness and transparency for music makers. The group welcomed the result of the EU Copyright Directive Vote announced yesterday (September 12th) as a step forward in achieving these aims.

In a statement the CMM said: ‘[We] commend the positive progress made with the vote result. We have supported the activity of our UK and European counterparts on this matter and lobbied at home and in Brussels, to ensure that our message is heard on the importance of the Copyright Directive as an opportunity to modernise the laws and commercial landscape governing how music makers get paid and how music fans engage with music.

‘Music makers bring untold joy and entertainment to the masses. They are significant contributors to culture, as well as providing a grand boost to the economy beyond most other sectors.

‘The CMM believes that the full package of the proposed EU Copyright Directive as a whole will support our community, help modernise the industry, encourage a healthier market with fairness and transparency, and promote a sustainable, innovative music business with music makers at its heart. This is vital in ensuring music makers are clearly and adequately remunerated for their work.’

Marking its launch, the CMM have announced a partnership with creative and executive talent at Strongroom in London, a Shoreditch venue which was recently under threat from a local development.

The CMM say it will continue to campaign for a fairer music ecosystem as the music industry changes over the coming years.

The organisation is also looking towards Brexit, saying it will work to maintain this ecosystem in the UK at a government level, modernising the legal framework that supports music makers.

Singer-songwriter Imogen Heap, who is part of the CMM, said: ‘As a Music Maker in the digital era, and as part of CMM, I want to ensure the future is positive, progressive, and flourishing for creators in their development and beyond.

‘The current climate around the economics of streaming and the digital transition of the music business has been hampered by outdated laws and outmoded contracts which can be convoluted, confusing and unfair - particularly for those music makers without the resources to fully understand or challenge them.

‘With collective voice and clout as the CMM, we pledge to take action on such issues with government, working with the IPO and others, to create an economy in which music makers can progress and thrive alongside innovations in technology.’

Find out more about the UK Council of Music Makers.
News
Back to top
Close