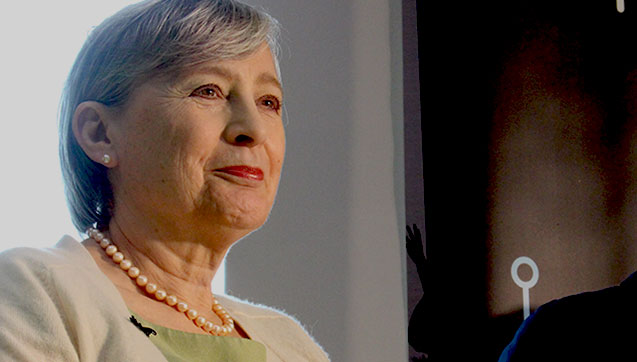 Copyright most divisive issue in Europe for 17 years, says MEP

Copyright reform is the most divisive issue the European parliament has faced in 17 years, says UK MEP Mary Honeyball.

Copyright reform is the most divisive issue the European parliament has faced in 17 years, says UK MEP Mary Honeyball.

Addressing the PRS for Music Explores event in London last night (Thursday) she said: ‘There is real difference in opinion, which some of us find quite surprising as you wouldn’t necessarily expect copyright to generate this kind of interest and emotion. I’ve been in the European parliament for 17 years now and I have never known a position like this before.'

Honeyball was referring to ongoing discussions surrounding a slew of proposed amendments to the Copyright Directive, which governs how copyright content is managed online

Included in draft reforms are revisions to the ‘safe harbour’ law, which recommend that any platform hosting user-uploaded content, such as YouTube, Vevo or Daily Motion, should become liable for copyright.

Another important strand to the proposals include a new obligation for any service hosting large amounts of user-uploaded content to deploy appropriate, proportionate measures to allow rightsholders to block that content.

However, since these proposals were first published last September, the European parliament has come under fierce lobbying from industry, member states and European Commission officials.

Honeyball continued: ‘It’s because there are very different points of view people are bringing to this. There is quite a movement, led by the Pirate Party, arguing that the internet should be free for everyone and you shouldn’t charge for anything.

‘I find that an extraordinary view, but it is one that is quite deeply held by a lot of people. The other view – where I’m coming from – is that all communications should be done responsibly. Those who are part of the communication process should have obligations, and right and responsibilities.

‘It’s two opposing standpoints that have proved quite irreconcilable. The European parliament is based on consensus and compromise… but so far, we have been unable to come together and work out compromises on core issues in the Commission’s proposals.’

Honeyball added that she has been ‘inundated’ with lobbyists approaching her about this issue, including Google representatives.

‘Google think they should have the complete right to do practically whatever they want,' she continued. 'But I see that as the American multinational view of the world. That’s how large multinationals operate – or wish to operate. It’s where Google is coming from – an unbridled capitalist philosophy. But a lot of my colleagues don’t see it like that at all, they see it as freedom of speech and personal freedom.

‘We’re at a point now where I don’t know which way it’s going to go. There are a whole range of amendments that represent both sides of this argument… I will be working to make sure that platforms do face up to their responsibility, that artists and creators do get properly paid. We will try to compromise on this but I’m not entirely sure that is going to work.’

The panel was moderated by John Mottram, head of public affairs at PRS for Music.