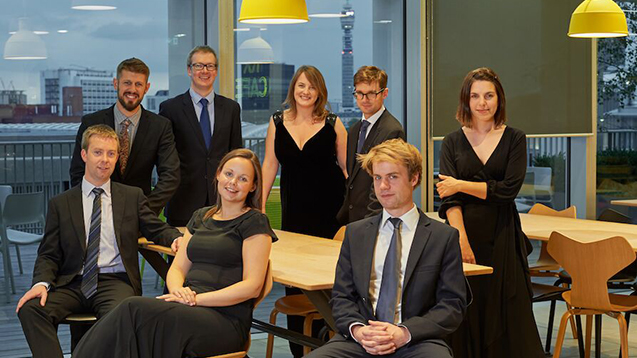 The eight composers will develop new works over the next 11 months, culminating in a special concert in November performed by the Berkeley Ensemble (pictured).

Eight composers have been chosen to take part in Accelerate, PRS for Music’s inaugural career development programme in partnership with the Berkeley Ensemble (pictured).

The new initiative will see the composers develop new works over the next 11 months, culminating in a special concert in November performed by the Berkeley Ensemble.

They will also benefit from career skills workshops including advice on publishing, recording, promotion and funding, as well as attend two all-day workshops.

The all-day workshops will feature guidance and feedback from renowned composer John Woolrich, who founded the Composers Ensemble and Hoxton New Music Days festival, and is also known for his stints as Artistic Director of Aldeburgh Festival, Dartington International Summer School and Mirepoix Musique in France.

Woolrich said: 'In the old days, performers were often composers and composers were usually performers.

'But somehow the two activities have drifted apart. This project is significant because it brings composer and performer closer together. The results should be fascinating.'

The eight new works will be performed in an exclusive concert by the Berkeley Ensemble in London on 22 November at St James’ Church.

Harriet Wybor, Classical Account Manager at PRS for Music, said: 'All of us at PRS for Music are very pleased to demonstrate our continued support for composers with the launch of Accelerate, in partnership with the Berkeley Ensemble.

'This scheme recognises the importance of career development for composers in the classical sector and we are excited about working with such an engaging group of composers over the coming months.'

John Slack, Clarinettist and General Manager at the Berkeley Ensemble added: 'We've really enjoyed working with PRS composers during one-off workshops in previous years and this new scheme provides a fantastic opportunity for the selected composers to develop new work in a supportive environment and build a strong relationship with us, over a sustained period of time.'