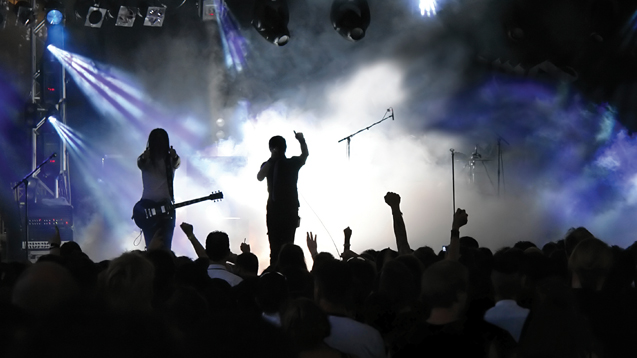 The Welsh capital has officially been declared a Music City today and will focus on developing policies to build an international profile and increase the value of music in the city.

Cardiff has today been named the UK's first Music City, with the council unveiling pioneering plans to protect the city's music scene and boost its international profile.

Music agency Sound Diplomacy – the leader of the Music Cities movement – will work with the music sector in Cardiff and its stakeholders to form a music tourism strategy.

The aim will be to develop policies that treat music as infrastructure, and in turn create vibrant communities and increase the value of music in the city.

The news follows the Welsh Government's announcement that the 'Agent Of Change' policy will come into affect across Wales in 2018.

The policy will help to secure the future of venues by requiring developers to take into account the impact of their project on pre-existing businesses, before going ahead with their plans.

Speaking on behalf of the Music City campaign, Alex Owen – who previously worked on Save Womanby Street movement – said: 'After months of campaigning, it is great to see a city’s dreams become a reality.

'We can’t wait to be working with Cardiff Council and Sound Diplomacy – pioneers of music cities – to protect and support our music so it can thrive.

'The ambitious plans that have been set out mean that we are not just talking about protecting live music, but planning to help it thrive for decades to come.

'On 14 December we will be celebrating the achievements, the partnerships and the power of our community on Womanby Street across all venues.

'We invite anyone who loves music to join us in celebration and show the world Cardiff means business when it comes to music. Exciting times are here.'

Council leader Huw Thomas said:'“Music is an incredibly powerful force for good in our everyday lives, but more than this, it has the power to shape cities, particularly ones with the distinctive cultural offering that we have here in Cardiff.

'That’s why this announcement is such great news, not just for musicians and concert-goers, but for everyone who wants to see Cardiff develop its international profile, make the most of its potential and become a truly great world capital.'

Sound Diplomacy CEO Shain Shapiro added: 'It’s an honour and a responsibility to be working with Cardiff council to add up, measure and assess the music infrastructure across the city.

'The council have shown through their efforts on Womanby Street and their increased engagement in music that to them, music is of economic, social and cultural benefit to the city.

'We take this incredibly seriously, and will work to develop a music policy that musicians, businesses and residents can benefit from and be proud of.'