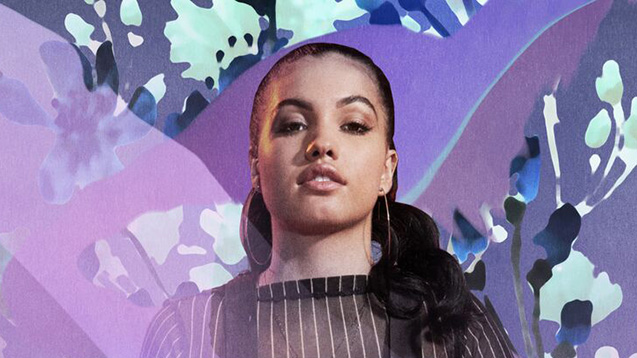 Jorja Smith, Mabel (pictured) and Stefflon Don are all up for the prize, previously won by Adele, Emeli Sandé, Sam Smith and Rag ‘N’ Bone Man.

The BRIT Awards 2018 with Mastercard has announced the shortlist for the Critics' Choice award, with Jorja Smith, Mabel (pictured) and Stefflon Don up for the prize.


Now in its tenth year, the award has a track record for predicting the future stars of the British music industry, with previous winners including Adele, Emeli Sandé, Sam Smith, and last year’s winner Rag ‘N’ Bone Man, going on to achieve global chart success.

Young R&B songwriter Jorja Smith who toured with Bruno Mars this year, said it was an 'honour' to be up for the award among 'such incredible emerging talent,' and added: '2017 was a very special year and there's so much more to come from me in 2018!'

Mabel – the daughter of genre-defying eighties pop icon Neneh Cherry and Massive Attack producer Cameron McVey – said it was 'a dream come true' to be shortlisted.

'So much hard work has gone into getting to this point, so to be acknowledged by something like the BRIT Awards means the world, she said.

Meanwhile, multilingual rapper, singer and songwriter Stefflon Don thanked his fans for their support, saying: 'I am so excited to be nominated for this amazing award.

The Critics’ Choice Award is chosen by a team of experts including music editors and music heads at major radio and music TV stations.

The winner will be announced on 4 December, with the full ceremony broadcast live on ITV on 21 February 2018.
News
Back to top