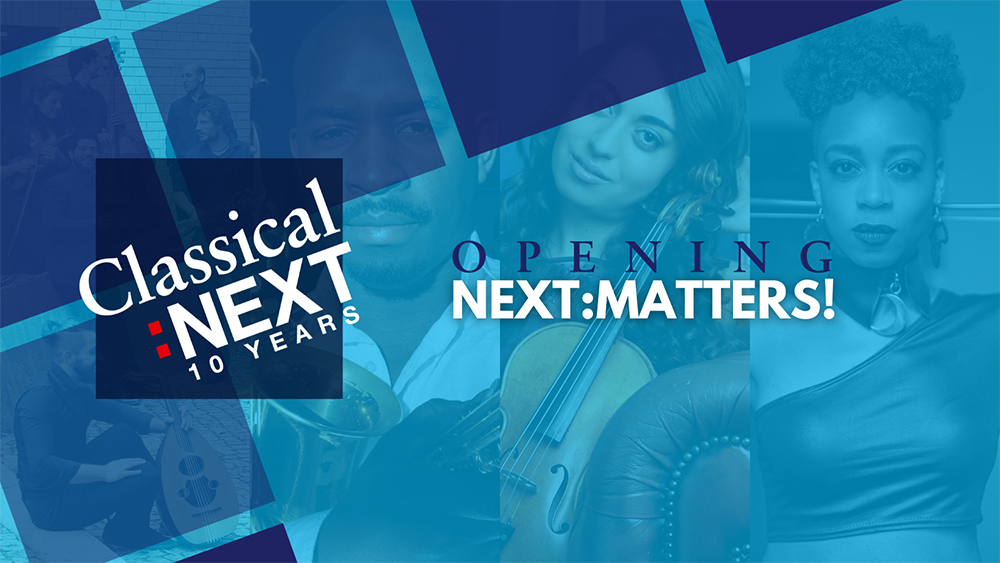 For its 10th anniversary, Classical:NEXT will commence with a gala performance showcasing diversity and excellence in classical music, as it should be in the 21st century.

The global music gathering, Classical:NEXT, returns tomorrow, with the opening ceremony gala NEXT:matters! presented by Black Lives in Music (BLiM) on 17 May.

On Tuesday 17 May at 8pm, the Staatsoper Hannover will open its doors to all Classical:NEXT delegates for a memorable evening. NEXT:matters! will also be open to the general public, who can purchase tickets for €15 here and, for the first time, Classical:NEXT will stream the Opening Ceremony live from Staatsoper Hannover for everybody who is not able to attend in person. Watch the performances through their YouTube or Facebook channel on Tuesday, 17 May at 20:30. The live stream is funded by Arts Council England.

The opening ceremony will be presented by BLiM in collaboration with British Underground and Arts Council England featuring two new commissions by the internationally-acclaimed artists saxophonist Jason Yarde and cellist Ayanna Witter-Johnson. The intercultural avant garde ensemble Asambura from Hannover will follow, representing the local emerging music scene with a set featuring their own rich sounds.

The newly-commissioned works by Jason Yarde and Ayanna Witter-Johnson focus on classical music in the context of an immersive experience, full of wider cultural references and new perspectives to the artform. This is a rich mix of traditional classical elements with contemporary grooves, gilded with electronic sound. Performing the music will be a stellar line-up of musicians, including Jason himself, and the celebrated violinist Laura Ayoub of the Ayoub Sisters duo.

Brexit and the pandemic have caused much disruption and stymied many artistic collaborations in recent years. In the spirit of working together and triumphing over these barriers, there will also be a unique collaboration uniting artists from both of the opening acts in one performance.

Roger Wilson, director of BLiM says: ‘Through this performance we will champion discussion on racial diversity within the genre, engage a wider audience and challenge the direction of classical music in the century to come.’

In 2021, BLiM published their report, Being Black in the UK Music Industry Pt. 1, based on their ground-breaking survey - the largest ever survey of data focused on the experiences of Black musicians and industry professionals.

The survey found conclusive evidence supporting the long-held beliefs about racial discrimination and also illustrated disturbing experiences of systemic and institutionalised racism in the UK Music Industry. Among other issues, it highlighted that there wasn’t much mentoring, support or guidance for Black composers, particularly Black women composers, 89 percent of whom agree there are barriers to progression. Through her commission for Classical:NEXT’s 2022 opening gala, Ayanna Witter-Johnson wants to help change people’s perceptions on what a composer looks like.

Through this cooperation, BLiM and Classical:NEXT intends to promote diversity, equity and inclusion in classical music for a positive change in the sector. By building a bridge between the UK and Germany, between international and local scenes as well as between established and emerging artists, it shows how collaboration can create a future path for the genre.