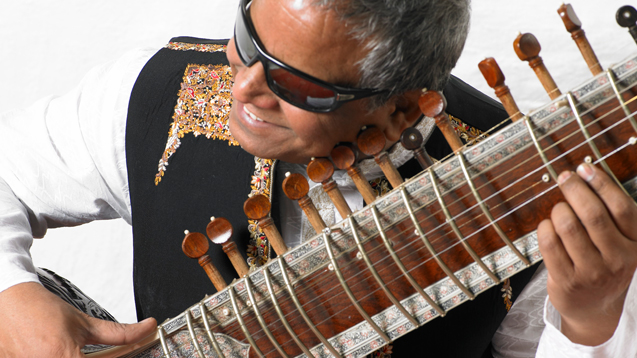 The award comes in recognition of his work as a musician, instrumentalist and founder of Inner Vision Orchestra - the UK’s only blind orchestra.

Baluji Shrivastav is one of the greatest instrumentalists India has produced, excelling in sitar, surbahar, dilruba, pakhavaj and tabla.

Born in Usmanpur in Uttar Pradesh, Baluji was blinded as a baby. He moved to England in 1982 and forged a musical career spanning over three decades, performing and recording with Stevie Wonder, Coldplay and Massive Attack. He performed at the closing ceremony of the Paralympic Games.

Commenting, Baluji said: ‘This OBE is very thrilling for me and the whole community of differently abled people.’

In 2008, together with his wife, musician and writer Linda Shanson, Baluji established the Baluji Music Foundation, a charity which recognises and supports blind musicians.