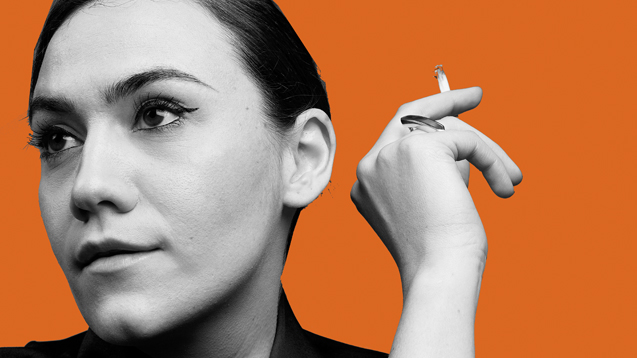 Artists to back shared parental leave bill at Westminster

Nadine Shah (pictured), Savages and Elle Exxe are among the artists set to demonstrate outside parliament this Friday in support of the bill which will allow self-employed parents the right to shared parental leave.

Nadine Shah (pictured), Savages and Elle Exxe are among the artists set to demonstrate outside parliament this Friday (26 October) in support of the Shared Parental Leave and Pay Extension Bill.

Also known as #SelfieLeave, the bill will allow self-employed parents the right to shared parental leave - something they are currently ineligible for.

Supporters of the bill include Coldplay’s Chris Martin who said: 'This bill would finally give self-employed artists and technicians an opportunity to share parenting in a way that makes sense for them and their families.'

Singer-songwriter Laura Marling said: 'It's so fantastic that self-employed artists and their crews would finally have a chance to share parenting if this bill goes through.'

Meanwhile, Parental Pay Equality’s founder Olga FitzRoy commented: 'We hope the Government will use this opportunity to take this simple step for self-employed families. Politicians of all sides have supported the bill this far - we now need the government to commit to it.'

The bill is being put forward by Tracy Brabin, MP for Batley and Spen, who said it was a 'perfect opportunity' for the government to show they are 'in touch' with the modern world of work.

She added: 'There is still time for them to adopt this common sense, cost-neutral proposal which allows self-employed parents to take maternity and paternity leave in a way that suits their family.

'This provision is already available for families in more conventional employment. We’re simply calling on the government to rectify this situation where we have one set of rules for conventionally employed people and a separate set for everyone else.'

Yesterday, a new study into work-life balance in music and the performing arts revealed that carers, parents and freelancers are hit with a £3,000 a year ‘career penalty’.

Supporters of the bill will gather at 11am on Friday at Old Palace Yard.
News
Back to top