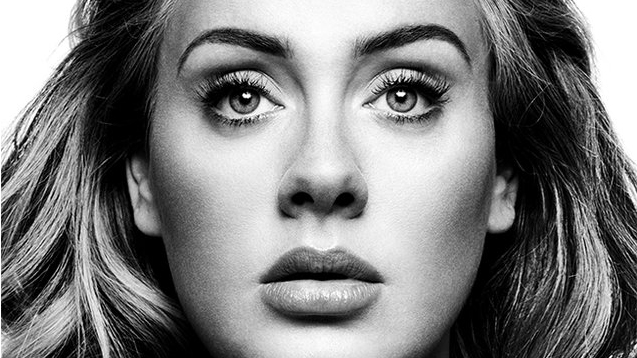 Love songs might be closely associated with the power ballads of the seventies, eighties and nineties, but the 21st century has certainly given us its fair share of hard-hitting hearts-and-flowers moments too, says Russell Iliffe.

Love songs might be closely associated with the power ballads of the seventies, eighties and nineties, but the 21st century has certainly given us its fair share of hard-hitting hearts-and-flowers moments too.

To celebrate Valentine’s Day, our resident pop guru Russell Iliffe takes a look at 10 post-millennium fist-pumpers that delivered number ones for their British songwriters...

Whole Again - Atomic Kitten (2001)
Co-written by Andy McCluskey of OMD fame, this million-seller caused a chart upset when the Liverpudlian girl group beat U2’s Stuck in a Moment You Can’t Get Out Of to the top spot. It was especially unexpected as the trio’s last single had barely scraped the top 20, while the band even experienced a line-up change days before its release, with Jenny Frost replacing Kerry Katona.

If You’re Not the One - Daniel Bedingfield (2002)
The singer-songwriter had already enjoyed a number one smash with garage-pop anthem Gotta Get Thru This, but it was this dramatic power ballad which became his signature hit. The track even cracked the top 20 stateside and notoriously features some very high notes, which have caused a few karaoke and talent show malfunctions worldwide.

Leave Right Now – Will Young (2003)
British songwriter Eg White provided the first Pop Idol winner with this poignant love song that took his career to the next level. Young had already enjoyed huge success with his first album, but it is arguably this track that shifted the politics graduate’s talent show tag. The inspired Kevin Godley-directed video was a corker too, with Will kicking off big time at an art gallery event.

You’re Beautiful – James Blunt (2005)
The former soldier owned the airwaves with this tear-soaked anthem, which proved divisive yet massively popular. Powering UK sales of his debut album Back to Bedlam past the three million mark, You’re Beautiful topped the US Billboard Hot 100 the following year, although the sweary album version was kept off the radio.

Patience – Take That (2006)
Seemingly lost in pop’s wilderness while Robbie Williams enjoyed chart domination, the other four members of Take That re-united for a TV documentary in 2005 leading to a surge in public interest for the fondly remembered nineties boy band. The following year, the quartet returned with new album Beautiful World, flagged up by this intense ballad. Soon, it was as if TT had never been away.

Someone Like You – Adele (2011)
Already an established artist by this point in her career, Adele Adkins sent record buyers into a frenzy after a moving performance at the BRITs that year. With the tale of lost love and regret striking a strong chord with the masses, Adele’s second album 21 was soon flying off global shelves at an astonishing rate.

Beneath Your Beautiful – Labrinth ft Emeli Sande (2012)
Labrinth, a rare non-talent show signing for Simon Cowell’s Syco label, teamed up with Scottish songstress Emeli Sande for this sultry duet in 2012. The year saw Emeli win the BRITs Critics’ Choice Award, perform at the London Olympics and score six top 20 hits, while her debut album Our Version of Events became the year’s best-seller.

Little Things – One Direction (2012)
After a string of fizzy pop hits, the boy band slowed down the tempo to a slightly more mature and acoustic sound with this ode to a lover’s imperfections. Penned by Ed Sheeran and fellow Suffolk singer-songwriter Fiona Bevan, music critics questioned the fit between the group and the song, but it still handed the quintet their second UK chart-topper.

Stay With Me – Sam Smith (2014)
After topping the charts with the upbeat Money on My Mind, Sam’s career trajectory went into orbit when this soulful, gospel-tinged ballad followed it to the top. It gave him his first stateside smash peaking at number two on the Billboard chart and made the London singer-songwriter a household name, propelling his debut album In the Lonely Hour to over eight million global sales.

Thinking Out Loud – Ed Sheeran (2014)
Ed took 19 weeks to reach the top of the chart with Thinking Out Loud, the slowest ever climb to pole position. The love song also stayed at number two in the States for two months, kept off the summit by the somewhat less romantic Mark Ronson anthem Uptown Funk.

Who said the power ballad was dead?
News
Back to top
Close