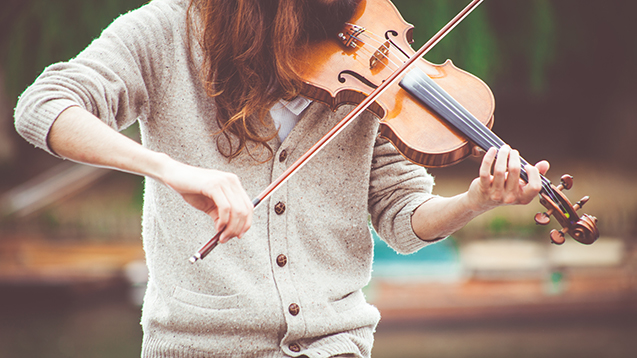 The songs, collected in Britain from 1928 to 1935, are now freely accessible online through a partnership between University of Aberdeen’s Elphinstone Institute and the English Folk Dance and Song Society (EFDSS).

A renowned archive of folk songs collected in Britain from 1928 to 1935 is now freely accessible online through a partnership between University of Aberdeen’s Elphinstone Institute and the English Folk Dance and Song Society (EFDSS).

The traditional songs, ballads and folk plays were collected by Harvard-trained scholar James Madison Carpenter from 1928 and taken back to America, where they were eventually preserved and digitised in 1972 by the Library of Congress in Washington DC.

Carpenter travelled forty thousand miles around Britain including the North East of Scotland, Yorkshire, Lincolnshire, the Cotswolds and Cornwall, spending time in communities and making sound recordings, 'including some whose songs and tunes had previously been notated only by hand.'

The collection, which contains more than 3,000 traditional songs, has now been incorporated into the EFDSS' Vaughan Williams Memorial Library archive, and is being presented for the first time in conjunction with the Library of Congress’s digital images.

According to the library, Carpenter was 'the first folk song collector to make extensive use of sound recording in Britain. His classic method was to record several stanzas of a singer's rendition using the Dictaphone cylinder machine.

'He then asked the singer to start again and dictate the words while he typed them up on a portable typewriter. He sometimes then checked the words with the singer and wrote notes and corrections onto the typescript.'

Laura Smyth, director of the Vaughan Williams Memorial Library, said: 'We’re incredibly excited to have this collection join our online digital archive. Carpenter was collecting in the early 1930s – a time when very few collectors were out in the field – and so it bridges the gaps in folk research showing how the songs have developed, changed, and been passed on through the decades.

Dr Julia Bishop of the University of Aberdeen added: 'We are delighted that the Carpenter Collection is now freely accessibly online. This means that the riches it contains can be discovered again by new audiences, such as performers, researchers and the families and communities and places where so much of it originated. In particular, the distant voices that we can hear on Carpenter’s 179 cylinder recordings testify to their artistry and skill as performers.'

Browse the collection here.
News
Back to top