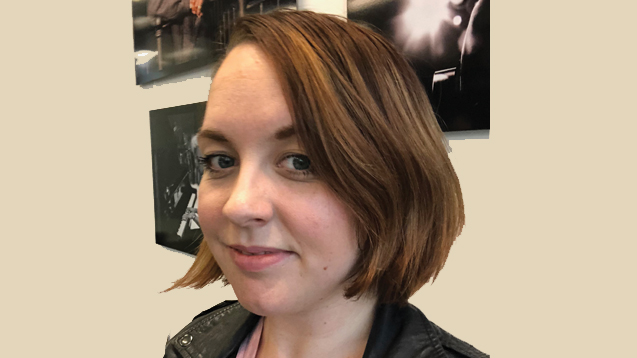 'We saw an opportunity to galvanise a sentiment that was growing in the outside world and give it a musical context which could change things': Jess Partridge on one year of Keychange.

Keychange is a pioneering initiative which is shifting the needle when it comes to gender equality in music. Through a global network, it empowers women to transform the future of the industry and encourages conferences and festivals to achieve or maintain a 50:50 balance by 2022.

By bringing together likeminded organisers and programmers committed to positive action, it’s kickstarting a much-needed change in live music and beyond.

In September, PRS Foundation's Keychange celebrated its first birthday and all the work it has done to ensure that more than 100 festivals are now signed up to the pledge. Here, project manager Jess Partridge looks back on the last 12 months and shares her thoughts on the future of gender parity in music…

More than 100 music conferences and festivals have now signed up – what’s that been like?

It’s been a really natural process. People are excited to be part of it and they’re approaching us all the time. The response has been so positive and self-perpetuating that it hasn’t been too difficult at all.

When did it all get going?

When we announced the seven festivals which had originally come together to take the pledge last September (2017), everyone else immediately said they wanted to sign up too. We had to react really quickly; we saw an opportunity to galvanise a sentiment that was growing in the outside world and give it a musical context which could actually change things.

This is a worldwide initiative – how has it been received overseas?

People get it. There’s a definite understanding of the need for something like this in places like Canada and Australia. I’d say the biggest differences in opinion we’re seeing are across the European countries.

What support do you offer those working towards the pledge?

We’re creating a group of festivals which understand each other’s models and can work together to share advice and experience. We know it’s about listening to festivals’ concerns, especially when signing up. Some are unsure about being able to make 50/50 due to various factors, and we’re trying to look at how we tackle those issues. We tell them it’s not necessarily about reaching 50/50 in exact numbers, it’s about getting festivals to think and recognise it’s their issue they need to work on, no one else’s.

What sort of challenges do they face in balancing line-ups?

A lot of them struggle to widen their information feeds to make them more diverse. They’re so used to getting information – and good recommendations – from certain places that they don’t vary where they’re getting it from. It doesn’t matter who you are, you need to look at your feeds and ensure they’re diverse – that’s your responsibility.

What have been your biggest milestones?

The event we hosted at the Canadian High Commission in London earlier this year to announce that 45 festivals had signed up. That felt huge. We realised then that we’d made something, that we were part of a movement, and that people were taking notice.

Are you seeing any positive effects yet?

A lot of festivals are really keen to tell us about the percentage change in their line-ups, which is really nice. You can see the changes in the numbers right there. And the Creative Commission at the European Union has changed its criteria for applications based on our project, to acknowledge the gender balance of the people applying.

In general, we’re seeing the conversation moving forward. We’re extending the message in a positive way; it’s not about excluding men from line-ups, and when you sit down with festivals to communicate why these things are important you can get really far.

Is there anyone across the music industry who has emerged as particularly inspirational?

There are too many to mention, but all 60 main participants are incredible, inspiring and interesting. It’s been really nice for big artists to speak out about gender equality at festivals too, people like Lily Allen.

More generally, where do you think the industry is headed in terms of gender equality?

It really varies depending on which country you are in, which has been a real eye opener for me. You have Sweden, which is so far ahead that it’s looking to abolish all notions of gender. Then, when you look at somewhere like Spain, the conversation is so much further behind, and the movement is not embraced in the same way.

See keychange.eu to learn more or sign up to the initiative.