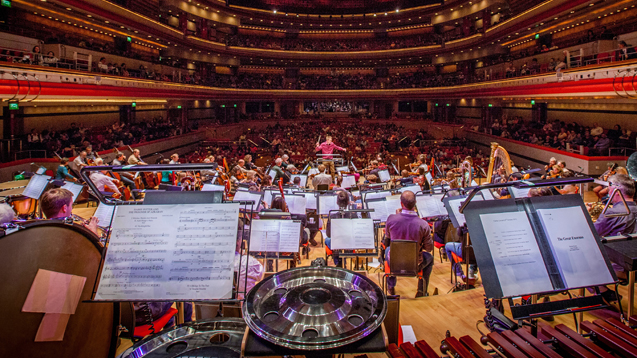 Aurora Orchestra, Chineke! Orchestra and the Royal Northern Sinfonia are among 11 groups to receive support from the PRS for Music Foundation’s new Resonate fund.

Aurora Orchestra, Chineke! Orchestra and the Royal Northern Sinfonia are among 11 groups to receive support from the PRS for Music Foundation’s new Resonate fund.

The initiative, which launched earlier this year, aims to inspire more performances, recordings and broadcasts of outstanding contemporary repertoire, as chosen by UK orchestras.

Other orchestras to receive funding include the Ulster Orchestra, London Philharmonic and the BBC Philharmonic, who will showcase works by composers David Matthews, Thomas Ades and David Sawer.

See below for the full list of supported orchestras and programmes.

Alongside providing funding, the initiative also maintains a Resonate database to encourage orchestras to revisit pieces that will strengthen their programming of contemporary repertoire.

The long term goal of Resonate is to establish a recognised body of works and increase players’ and audiences’ familiarity with the music of the UK’s most talented composers.

PRS for Music Foundation runs the project with the Association of British Orchestras and BBC Radio 3, and receives additional support from The Foyle Foundation and the Boltini Trust.

Vanessa Reed, chief executive of the PRS for Music Foundation, said: ‘This list gives us a taste of the many excellent, and often substantial, contemporary orchestral pieces which have not received the exposure they deserve.

‘I hope the Resonate database and the success of these performances next year will inspire other orchestras to broaden their relationship with composers by demonstrating that compelling programmes of existing work are as important as new commissions.’

The orchestras and Resonate pieces to be programmed into their upcoming 2017/18 programmes are:

See http://www.prsformusicfoundation.com/resonate/ for more information.
News
Back to top
Close