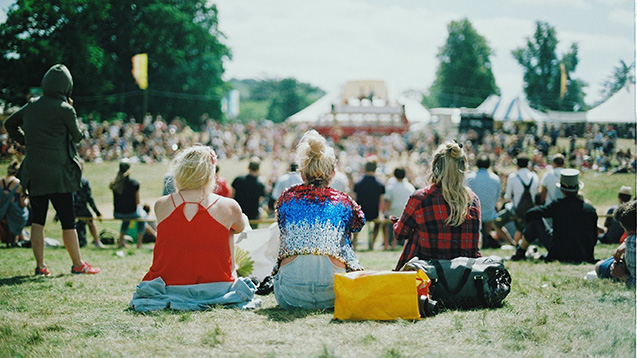 More than 100 festivals worldwide have now joined PRS Foundation’s Keychange initiative and have pledged to work towards tackling gender inequality in the music industry.

More than 100 festivals worldwide have now joined PRS Foundation’s Keychange initiative and have pledged to work towards tackling gender inequality in the music industry.

Oxjam Camden, Afrika Oye and MaMA Festival are among the names which have agreed to ensure a 50/50 split between male and female artists on their line-ups by 2020 as part of the campaign.

Keychange was launched in 2017 as a way of celebrating the wealth of female talent in the music industry and ensuring female artists and professional receive equal opportunities in their careers.

Vanessa Reed, chief executive of PRS Foundation recently appeared on CNN in American to discuss the milestone in uptake for Keychange.

This came following New York’s A2IM Indie Music Week announced it would be promoting Keychange in the US with a panel discussion and showcase event.

PRS also hosted a Keychange panel at the A2IM event to discuss how the programme is empowering female artists and industry professionals to play a bigger role in music while encouraging music festivals to diversify their line-ups.

Reed said: ‘We’re thrilled that just nine months after the launch of Keychange, over 100 festivals have now pledged to reach a 50/50 gender balance by 2022. It’s also important that this initiative is now being debated in the US where A2IM Indie Music Week hosted a Keychange discussion involving our partners from Canada and Reeperbahn Festival.

‘I hope this milestone will encourage others to join in with this positive and increasingly popular movement for change.’

Paul Duhaney, artistic director, Africa Oye, said: ‘Women are still facing more challenges than most in the African music industry, largely because of longstanding cultural practices in many countries that hold them back from making a career in the arts. Thankfully we're slowly seeing that start to change and we're proud here at Africa Oye to shine a light on female artists from the continent and hopefully inspire the next generation to follow in their footsteps.’

For more information about Keychange, visit the website here.
News
Back to top
Close