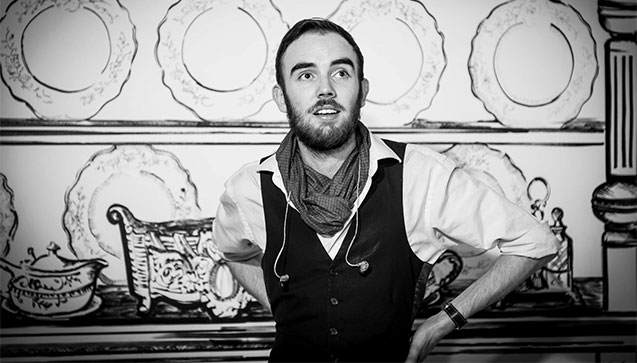 How to write a hit song

From using the ABBA formula to recording demos, songwriting expert Paul Whalley shares his top tips on how to craft that perfect tune...

Currently based at the Tileyard Studios complex in North London, he’s heading up the Tileyard Education strand How To Produce Great Pop Records.

Via online learning schedules and face-to-face lectures, he’s sharing his knowledge with the next generation of songwriters and producers while still pursuing an active role in the industry. Here, he gives us his five essential tips for constructing a winning pop record:

Write the second chorus first
Nail the second chorus straight away and work outwards from there. It’s got all the bells and whistles, it’s going to be the full length version and maybe even repeated. It’s the strongest part of the song. If you can nail that early on, the rest will write itself.  I find that approaching a song that way round really helps you get into the flow. If you’ve built the part of the song with the most energy and the biggest heart, after that it’s all about subtracting things.

Embrace the ABBA formula
I subscribe to the ABBA way of thinking, which suggests that each pop song should have five distinct hooks that you can recall at any point throughout the song. They can be vocal hooks, instrumental hooks, drum loops or any little signal that reoccurs. I’ve found sticking to that recipe helps you achieve a good balance so that you don’t overload the listener, but still ensure bags of appeal. After you’ve heard the song once, you need to be able to remember all the core elements.

Pay attention to phonetics
You need to make the listener feel like they’ve heard your song before. Scandinavian songwriting powerhouses spend a lot of time thinking about the phonetics of the lyrics, which is what I believe creates that sensation. Paying attention to how the words sound helps you shape the lyric to the melody. It makes your song phrasing more catchy and memorable.

Understand your audience
Before you start writing, think to yourself, ‘Where is this song going to end up?’ Is it going to be played in a club, someone’s living room or is it destined for a headphones listen? You need to think about what people’s relationship to it might be because, at the end of the day, you want it to become everyone else’s song too.

Recording your song
If you’re mapping out a demo or getting into production for the first time, always begin by recording some sort of skeleton drum beat. It gives you the driving pulse and central heartbeat for your song. It’s what makes everyone tap their foot and nod their head. From there, just record your core piano or guitar part, and a guide vocal to work around.

Keep things simple
Don’t try to be too clever and do too many fancy things all at once. Simplicity is key. Start by crafting one sound really well.

The song should be at the heart of any track
In the end, the best songs are the ones that can be stripped back and performed on either a piano or acoustic guitar, so get some perspective on production. A lot of people tend to think the song sits on top of the production, whereas it’s the other way round. The song is the absolute foundation, and everything else needs to perch on top of it.

Mix it up
Don’t be scared of changing the track as you’re working on it. We live in a computerised world – it’s ok to have many versions of the same song so you can try things out. Shift the verses around, try singing the chorus differently, experiment with your strong foundations and you might come up with something even better.