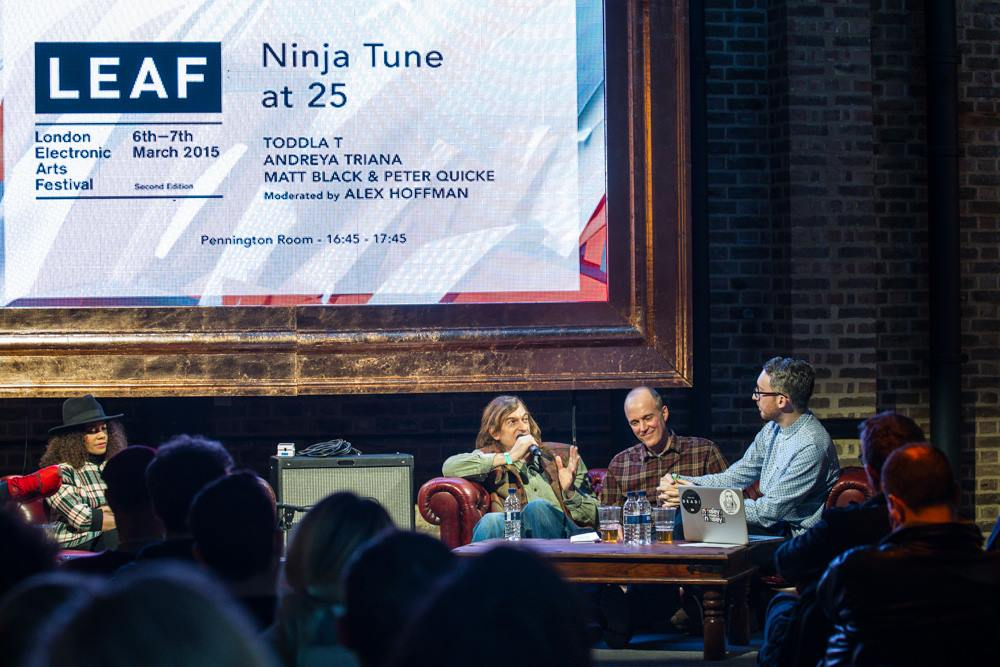 How to … set up an independent record label

As alternative, independent labels go, they don’t come much more alternative or indie than Ninja Tune.

Since the imprint was launched by Matt Black and Jonathan Moore, better known as electronic ‘cut and paste’ duo Coldcut, Ninja Tune has become a bastion for all things sonically eccentric and eclectic. While the label was initially a vehicle for the music of Coldcut, the roster has grown and grown with the roots of their success in the wide variety of artists joining them. Mr Scruff, the Cinematic Orchestra, Wiley, Toddla T and Andreya Triana are just some of the acts to work with the label, demonstrating just how diverse their musical styles can be.

To mark their 25th anniversary, Matt and label manager Peter Quicke plus Toddla and Andreya were at the LEAF festival discussing how Ninja has achieved success amid a constantly evolving musical landscape. We were on hand to pick out their advice on how they’ve managed to survive a quarter of a century at the top of their game…

Don’t expect to make any money

Matt Black (MB) - a lot of artists think they’re going to make a lot of money from the music business. They're not. The major label business is a sausage machine with a bunch of people turning the handle - you come out the other end as mince eat. We wanted to do our own thing and something fairer for artists.

MB - we’ve always seen Ninja Tune as flying the flag for an alternative way of doing things. Jon and I are oddballs. There was something in our character and we’ve attracted similar oddballs to the label.

There’s something about your character that manifests itself in your music. It can’t be reduced to a formula. The fact we’re all different gives us our unity.

MB - If you’re lucky, got some guts, believe in it and stick at it then you’ll get somewhere. I read an article analysing successful types - the most important aspect is grit and determination.

MB - Good people is one of the recipes for success and that often comes through your network, through your friends of friends. If you have good people, then you’re onto a winner. Ninja Tune is a bunch of likeminded people who love music and are all here for the artist. Jason Swinscoe from the Cinematic Orchestra originally worked in our office - which shows you how key your networks can be.

If you don’t evolve, you die

MB - I’ve always been into technology. But If I had forcibly implemented all my ideas I’d be bankrupt by now.

At the same time you need to evolve. ‘Disaster evolution’ is what the music business is currently dealing with now. I don’t think the end of these technological changes has happened yet. I also don’t think Facebook or Google should have their own way. I think we need some alternatives.

Peter Quicke - There have been occasions where we’ve been brought records which went on to be hits and we didn’t put them out. We couldn’t stomach it. We wanted to stay outside of genres. Genres come and go and we wanted to survive. Big beat came along we didn’t jump into it – same with drum’n’bass and turntablism.

Slow and steady wins the race

MB - If you do start to get successful, don’t borrow shit loads of money and get into debt. Our growth has always been small and organic, not on steroids. There’s an inner strength to it and a wish to not get too big. Organisations have problems when they get too big. Relationships with our artists are direct. Those organisations that get too big have too many layers and communication ceases.

Ignore advice and stick to your guns

Visit ninjatune.net to find out more about the label. Ninja will be marking their 25th anniversary with an event in Bristol on 21 March with Coldcut, Toddla and Young Fathers all performing. Find out more details and how to get tickets.