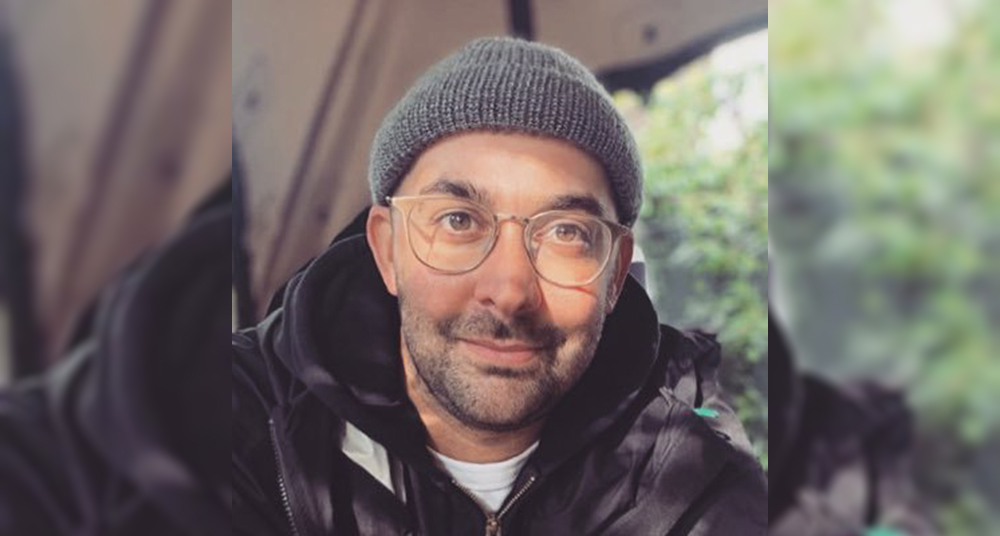 With more than a decade’s experience in the music industry behind him, Kiran Patel’s career began in entertainment PR for the agency Taylor Herring where he promoted TV shows and gained national media attention for Channel 4 DVD releases.

In 2010, Kiran moved into music publishing and synchronisation with the role of creative supervision, synchronisation licensing, digital marketing and business development. From the beginning of 2014, Kiran has headed up the creative team at A&G Sync, an award-winning and international sync agency working with independent labels, publishers and artists seeking high profile sync deals across the globe. In that time he has overseen numerous high profile projects including work for San Pellegrino, Rimmel, Coors, Volkswagen and Coca-Cola.

Here are his top tips for writers and composers looking to get their music used in commercials.

'It's important to remember that not all usages are shazam-able, sometimes the role the music plays is subtly supportive.'

In terms of getting your music seen and heard by a wide audience, having a piece of music in a hit commercial must be massive. How important can it be for the writer's career?

Of course, it can be massive! However, I'm not entirely certain that a mass appeal, heavy rotation commercial — aired during peak viewing times on traditional media — is a common occurrence nowadays. There are still spots with particular production values that can become a real 'event', where one's music can reach thousands if not millions online. This value and impact on a writer's career is dependent on so many other factors. There's a widely held assumption that if you're fortunate to land a sync, that it will be a creative visual where the music cuts through and connects above and beyond the action on screen, the overall marketing message, sound design, dialogue or voice over in a commercial. It's important to remember that not all usages are shazam-able, sometimes the role the music plays is subtly supportive. However, when the music does cut through and spot is licensed more widely, it can open audiences beyond an artist/writer's home territory and in terms of performance royalties, this can provide a positive contribution to a sustainable and successful career.

What are your favourite examples of music being used in commercials over recent years?

There are some great examples of music usages in recent years, that capture a particular mood of a demographic and trade in a very specific type of nostalgia, which can have you jumping up from your sofa pointing at the TV exclaiming where and when you first heard Hotstepper growing up. I'm a big fan of incorporating those usages within comedic or satirical spots, subverting the audience's expectations in some way via music.

More often than not, innovation and creative risks within the advertising landscape are few and far between, I personally am inspired by recent work in the VOD/trailer space like the work of trailer houses for A24 or the use of music in trailers for Jordan Peele's Us or Queen & Slim. These still trade in nostalgia and are recognisable but they also reimagine and recontextualise hit songs, where a mash up of genres can inject humour, push the storytelling and have a lasting powerful impact.

There’s as much importance in knowing and spotting trends with trailer music as there is ‘chart’ music. How do you and writers keep on top of that so it's always relevant?

Trends in trailer music can rise and fall out of favour quickly, as a composer or writer it's incredibly easy to 'rinse and repeat' and fall into overused clichés. They can avoid those pitfalls however by staying aware of production advancements and how the vast array of high-end plug-ins on the market can help innovation and help realise any a creative vision and produce quality content quickly. We receive lots of briefs here that in isolation might not always make complete sense, but our job is to draw on past experience. Watching and listening to lots of different work both compositions or completed and released spots —  that help us read between the lines and interpret and unpack any given brief and take note for our future commissions.

There’s always a huge conversation about the big Christmas ad music every year, it’s almost replaced the Christmas No.1 one chat, hasn’t it? How has that happened?

The love/hate relationship that audiences have with Christmas can mean it's a risky business for any artist or composer to get the tone right, but that ultimately falls on the script and concept in question. There will always be cynicism surrounding such campaigns, but there's also audiences of all ages that are keen to engage with authentic messages that are well executed. With the right lyric and arrangement, music can be key to that impact; to raise a smile and touch even the most cynical of heart. From an industry point of view, it's a great opportunity to launch a new act (more often not from the major system) as well as acquainting younger audiences to major song titles of yesteryear, which explains the coveted nature of these spots within the industry, but it's a game that most of us are not invited to play in the independent sector.

'The narrative on screen is often the most important thing and a composer's role is to help augment that storytelling through their music.'

How do you decide what works best when lining up that sync?

First of all, it's important to point out the distinction between the different roles and decision makers in the creative chain to land a sync. More often than not, there's not one singular person deciding the song choice or approach to the composition. We always remind ourselves that we're trading in the subjective here and it's a process of whittling down options to a shortlist for the end client to decide, we must be sensitive of that fact there are hoops that need to be jumped through and ultimately the process of elimination, collaboration and a long chain of decision makers. Design by committee —  what could possibly go wrong?

How involved in seeing the commercial do the writers get before they write the music?

As a composer, if you are pitching for a job at the early stages, it's likely that other writers and companies are involved and pitching too. It's an incredibly competitive field. Once demos have been delivered, if the client is engaged and some people have bought into your musical concept, there’s more likelihood of getting more direct feedback, seeing early edits and getting eyes on full treatments. Often you won’t get to see the visuals as edits change quickly and it's important to be flexible and deliver workable stems as sound designers and editors. Post-production may also have a hand in reworking a piece to get it over the line.

When the commission comes in, how often do you already have the right music in your library?

It really depends, sometimes we need to jump straight to a bespoke composition from scratch, but sometimes we have starting points and tracks that we believe we can tweak and adapt —  that's both from the commercial artist roster via A&G Sync (Lucky Number, Dirty Hit, Krunk) and our composer's work that specialise in bespoke composition (Power-Haus Creative).

'It's best to be targeted and succinct to sync professionals who often don't have a lot of time on their hands.'

How do the composers and writers that you use for your campaigns get your attention in the first place?

Many different ways, cold reach outs and social media is often the way. It's best to be targeted and succinct to sync professionals who often don't have a lot of time on their hands. Links and examples of relevant work as well as giving an opportunity to dive deeper into unreleased material. Simply laid out online profiles and websites that allow you to get to grips with what a composer's strengths are. Never say that you can do ‘everything.’ Don’t overwhelm the recipient — give a small and streamable sample of your best work.

What makes the biggest positive difference when writers are composing music for your needs?

Simplicity is often the key, not over composing or over producing, paying attention to the quality of the sounds and instrumentation used, the sonic depth and note choice, the mix and master... even if it's a demo. A bonus is when we can tell a composers/writer is adept at talking in a visual language as well as a musical one — it implies that they understand the medium we're working in and holds us in good stead for future collaboration.

What’s the most common mistake that composers make when approaching these campaigns?

This cues in with my previous answer, a common mishap can be an overeagerness to impress in a short space of time. Overcomplicating, switching and changing dynamics in a composition to add interest when perhaps the music is playing a subtle, supportive role. The narrative on screen is often the most important thing and a composer's role is to help augment that storytelling through their music.