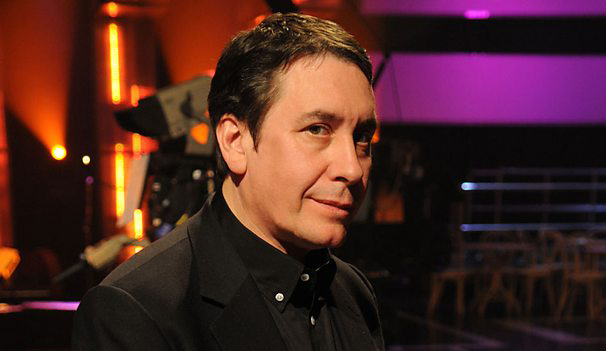 How to get yourself on Later… with Jools Holland

Over 45 series, Later has hosted everything from Adele’s first TV appearance to comeback performances from The Who and rare turns by the late Lou Reed - but it's not all about the legendary talent. We learn there are opportunities for newcomers too...

She’s part of a small team of people bringing legendary musicians and brand new acts from around the world to our screens for 15 weeks a year.

With 45 series now under their belts, the Later team have hosted everything from Adele’s first TV appearance to comeback performances from The Who and rare turns by the late Lou Reed.

The success of the format rests on the diversity of the artists and the intimate setting, which can encourage impromptu collaborations and one-off performances.

Although each show is led by some seriously legendary talent, there’s also an opportunity for newcomers too.

How do you decide which acts to book?
We’re very open minded but there are only six or seven acts on each show and we only make 15 shows a year. So in the grand scheme of things that’s a very small number of artists out there around the world.

That’s the lovely thing about Later now – it has a very broad reach. Artists in other countries have heard of it and they’d all like to be on. So on one hand, we have a rich mix of people getting in touch with us, but at the same time it makes it hard because we only have space for a few of them.

So we think long and hard about who is on. If you decide one artist is on, that means six other artists aren’t on. The decision is not taken lightly. And that ranges from the very familiar, very successful artists to the brand new artist – each booking is precious and we fulfil a weight of responsibility in those decisions.

How do you know which new artists to take a punt on?
Those decisions are based on passion and instinct. Music is very personal and myself, Mark (Cooper, head of BBC Music Television) and Jools like different things. We chat about the music we’re interested in and how it might feature. But, ultimately with the newer artists, we just have to start with a passion for their music. It’s quite a big risk to put a new act on, we have to show the people who watch the show why we love them – that’s ultimately where it comes from. It doesn’t come from a marketing campaign, no strategy from a record company, no pressure. Ultimately, you hear an artist, you fall in love with them and you want to share them. That’s true of every new artist we’ve ever had on.

What’s the pitching process? How do you hear of these new artists?
It’s a permanent process; even if we’re off-air people are always suggesting artists. And that can be from major labels, with their plugging teams, right through to the artists themselves. The beauty of email means you’re very accessible. Most people can find you and reach out to you at any point – and they do. Agents, publishers, promoters, fans, people who watch the show – it’s constant! It does put a little bit of pressure on us, it can be quite intense. I spend a lot of time listening to music, reading reviews, talking to people…

What’s the best way to catch your eye?
I listen to as much as I can and every now and again I hear something that makes my heart skip and the process starts again. I hear lots of things and I like them, but I look for those jewels that make me come away feeling something special. You have to listen to a lot to find them.

How does playing in a TV studio environment differ from the live stage?
I think, particularly for new artists, performing on television can be odd and awkward and amazing. If you’re playing to a crowd in a room you get an instant reaction. But in a TV studio you’re performing to a camera. Some people are naturals at it and others find it more difficult. But ultimately you have to imagine the crowd you would normally have right in front of you are just behind the camera watching you. You need to find a way to convey your music and your performance through the lens. Sometimes it’s quite cool when artists don’t perform to the camera and just do what they normally would. That makes us work to capture that performance.

What about coping with nerves?
Performances on Later can be quite intimate, especially if you are playing in the middle of the floor. Nerves are great, they can be really endearing in a performance, but you need to still be able to deliver that song; that moment.

What are your tips for coming across well on camera?
I’ve met a lot of the new artists already and got a tense of whether they’re going to be super nervous or super confident. I generally tell them all to try to enjoy the whole process. Obviously, they will have soundchecked and rehearsed beforehand. They can come and get used to the room and see some of the other artists in rehearsal.

It’s good for everyone to get a sense of the show before. The more they can feel comfortable in the room before their performance, the better. I encourage them to perform as they usually would and not worry too much about the cameras and the people running around.

Why do you think Later has become such an iconic show?
We’d all love it if there was more music on TV, not just the BBC, but that isn’t the case. There’s more music in programmes, such as chat shows. People are more aware of music on TV these days, in the soundtracks, title sequences… There’s lots out there. But Later is quite specific and rare now. It’s out there on its own. That’s pressure for us. We wish there were other shows on like us, because there are lots of artists we can’t feature.

I’m a music fan and I grew up with lots of different types of music on TV and loved it. But it’s the culture we’re in at the moment. There are loads of great opportunities to find brilliant music online. There are well-shot performances with great sound. The old ways of consuming music are changing. I watch loads of artists online – when I want to – and they’re all around the world. I find that a really rich experience.