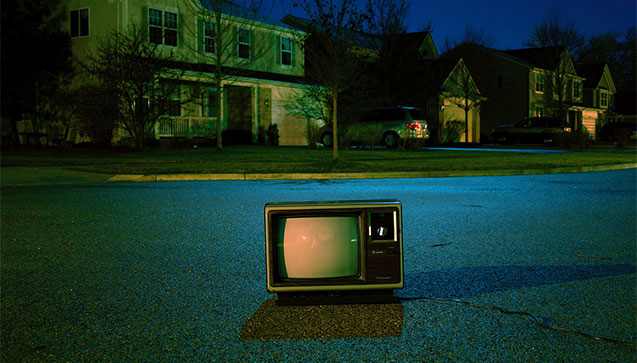 How to get into composing library music

Ever wondered how to get into composing library music and what’s big in the genre? We ask the experts to share their thoughts…

Production music, theme tunes, off-the-shelf sounds – whatever you call it, you won't be surprised to hear that library music forms the backbone of the UK sync market.

Made for films, TV and other visual media, it offers a readymade option that’s far cheaper than commissioning a composer to score an entire soundtrack.

The library sound was born in the twenties, enjoyed a heyday during the sixties and seventies, and is now revelling in a resurgence. This fresh love for the genre has been reflected in a recent British Library season, David Hollander’s new Unusual Sounds: The Hidden History of Library Music book and HutTwenty9’s reverential doc The Library Music Film.

Alongside our Beyond Retro: Library Music’s Unsung Heroes print feature, which ran in the latest issue of M magazine, we asked some of the scene’s aficionados to share their top tips for cracking the business.

What is the attraction of library music for composers?

Justine Barker: There is a lot of creative freedom in writing library music - as pretty much all markets are catered for, I can concentrate on the kind of music I enjoy making. It’s a great opportunity to experiment with genres and styles and with every project I work on, I always learn something new so to keep on creating is to keep improving and expanding my knowledge.

Aside from the creativity, there are good financial benefits too. Once the work is done, it can potentially keep earning you royalties for years. Finally, if I’m doing my own album, there is a reasonably flexible schedule, so I can fit it around my other TV and film projects.

Alan Hawkshaw: They say a leopard can’t change its spots, but the role of library music has changed almost entirely from what it was intended for, that is music off-the-shelf for a limited period at best. Writers, producers, musicians and artists are inspired by it and regenerate it in their creations. And its interest has leaked into the public domain; it has an enormous following by music lovers everywhere who trade, collect and listen to it avidly.

The internet has of course provided the exposure and pathway to its comparatively new role in the public interest it has enjoyed. That it was a cheaper alternative to the commissioned score seems to have been forgotten or ignored and it is now accepted as a source of hidden musical delights. It’s considered different to any other form of music around since it had no pretentions or pop objective.

Martin Dobson: Our artists spend much of their writing headspace crafting their artistic output. Writing for media, in many instances, allows them to step outside of the usual constraints of making music for commercial release. It can give them freedom to experiment with different production techniques, instruments and styles - we actively encourage this.

Richard Canavan: For a composer, writing production music is always going to be speculative. No piece of music is guaranteed to be used, but one of the wonderful things about the production music industry is that from a composer’s perspective it’s only the quality of the music that matters. Music libraries are always on the lookout for good, new music. Getting through the door can sometimes take a little perseverance, but if the music is good then the opportunity is there. Music libraries will work to synchronise the music in their library in TV, film and in digital productions.

It’s important for a writer to understand the different models that libraries use with regards to royalty splits. There are different types of contracts, which will see the income split differently between composer and library. A good place to start when it comes to learning more about the industry would be Dan Graham’s new book A Composer’s Guide to Library Music.

What advice would you give composers?

Louisa Rainbird: Definitely play to your strengths – it’s better to be known as a great composer in a few key areas than to try and cover all bases, particularly when the genres and styles covered by production libraries are so vast. Also, look at what is being used currently across film, advertising and different TV genres to give you an idea of what the trends in each area are – there’s no easier research to do, just turn on the TV!

Brian Bennett: Be original. Be brave. Take risks. Believe in yourself and your music. Don’t get complicated. It’s all about the picture. Make great demos. Don’t let a client guess what you mean. Keep the music in the same or relative key to make the music editor’s life easy. Be prepared to make changes. If a client doesn’t like your music, it doesn’t mean its crap, it means they’re looking for something else. Don’t get too precious about your notes.

Sophie Urquhart: I would advise composers to do their research on the libraries that will most suit their style of music. And listen to their advice, they are specialists in what broadcasters and sync people are looking for and can help mould their style accordingly to give it the best shot of being used, hopefully numerous times!

Also, I’d encourage them to focus on where their strengths lie, better to be an expert in their field rather than a jack of all trades. There’s more competition than ever before so it’s crucial that they have an identity which sets them apart from the rest.

How does library music work in terms of licensing, copyright and royalties? Who owns what? And how can an artist get paid from it?

Martin Dobson: Production music is much like stock photos. Anyone can license the music for a fix price. There is no approval and all music available is of equal value - this means a client can use a track from Amon Tobin, our label founders Coldcut or Maxim from the Prodigy for the same prices as an unknown unsigned composer. As far as the deals between Ninja and the composers go, it’s a 50/50 split - this is pretty standard across the industry.

Can it be a lucrative income stream for a new artist or composer?

Martin Dobson: Absolutely. With it being a low fee, high turnover business model it’s quite different to the commercial sync world where one good sync can change an artist's financial position in an instant. However, there's a huge number of opportunities out there, it’s quicker and easier for clients to license music and many use multiple tracks from an artist or a catalogue in one or more of their productions - so the relationships we forge in many instances deliver quicker and more consistent results. Plus, there is the back-end income which can be significant.

Learn more about MCPS Production Music.
How to