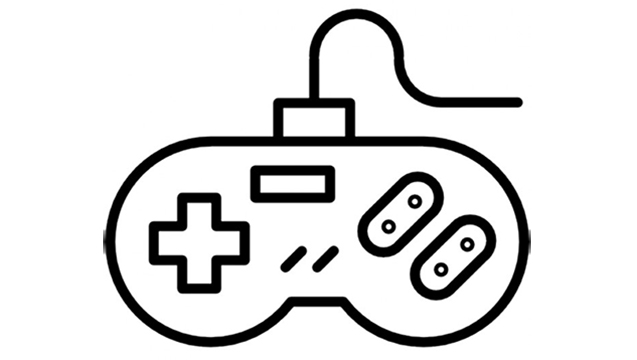 How to… get into writing videogame scores

We chat to experts from the composing, publishing, gaming and media law worlds to glean their top tips for artists interested in dipping their toe into videogame composing. Learn how to hook up with gamers and get the best deal while you're at it...

In the latest issue of M magazine, we take a look at the converging worlds of music and videogames and delve into the opportunities and pitfalls for composers.

In the course of our research, we chatted to experts from the composing, publishing, gaming and media law worlds to glean their top tips for artists interested in dipping their toe in.

There’s no one way into the industry
Andy Payne, Appy Nation founder and ex-chairman at UKIE gaming trade body: I think if you’re coming into it for the first time you have to understand that, like all the creative arts, it’s hard, it’s competitive. There are a lot of good people out there already. There’s no one particular career path here. It’s a mixture of contacts, networking and just sheer good fortune.

Look outside the mainstream
Jessica Curry, games composer and co-founder of The Chinese Room: I think you can find some amazing developers working independently and to me, that's often where innovation comes. It’s definitely where you see the new trends because they're agile, they're small teams, they're young and they're fresh.

Richard Jacques, games composer: Games may be one area some composers may not have thought about. But the industry is very, very competitive now. That said, it is continually growing. There are lots of games being made for all sorts of consumers, on all types of device.

The best way in is to look at what's happening in the indie scene. It's those types of small games with small teams that are easier to get into for newer composers. It's difficult for someone to go straight in at the top.

Connect with likeminded people
Richard: Get to know the people; get to know what the industry needs and get to know how we can do it in a creative way.
Jessica: We have a monthly pub night in Brighton called Brighton Indies, where people go and show their games that are in progress. It's a space to chat and to meet people. They're in every city and if you go along to those, they're usually lovely spaces where people are really open, and you can get in on the ground floor, often with people who are the games stars of the future.

Reach out to developers
Jessica: Research the games and types of developers you want to work for and write them a really beautiful, tailored letter. From my experience of hiring at The Chinese Room, I know it’s really important that applicants have connected with our company and our games in some way - I want them to know our games and actually want to work for us. I'd rather people spent five hours on one application than five hours writing five hundred applications.

Be aware of assigning all your rights
Lance Phillips, digital media and music group partner, Sheridans LLP: Generally speaking in the games industry, a piece of music will be commissioned with a one-off fee. The owner of that commission will want to have all the rights. But that doesn't always suit composers coming in from outside the games industry.

I think you should always ask the question, ‘Does this have to be an assignment of my rights?’ Bear in mind, if you’re a composer, are you actually able to grant those rights to a games developer in the first place? In other words, do you have a publishing agreement you are signed to which precludes you from granting rights in either stuff you’ve done in the past or stuff your commissioned to do? Because if that’s the case, then the games developer has to go to the publisher, and there has to be a discussion about that.

So, if you are approached about doing a commission for a game, remember to consider your personal circumstances. Even though the cheque might look huge, can you actually give the rights that you are being asked to give? It sounds like a really obvious question, but you would be surprised how often it’s not really thought about from day one.

Always try to hold on to your performing right
Lance: I can see no circumstances at all whereby a composer should not receive their PRS income from use of their music in a game. So, I would resist signing away your performing right. And I would advise games developer clients, as well, that it’s not something they should look to be including within the buyout. I think that is a step too far.

If you see any deal that suggests that not only is it a full buyout, but it also includes the performing right, my personal view is you should certainly challenge that, and try and retain as much creative control of the work as you possibly can.

Grasp the creative opportunities with both hands
Lance: The opportunity for composers to be creative while writing for games is pretty much unparalleled. They have an input at a very early stage of the project. That’s not always the case in other media.

Working in games is more than just writing the score
Lance: One of the things people forget when they’re coming into the industry is that you’re charged with the responsibility of getting a job done. There’s more to that than simply coming up with a score. It’s got to be recorded. It’s got to be produced. It’s got to be edited, mixed and delivered to a tight deadline – and there could be hours and hours of music needed. It’s got to be made to fit in with the project as a whole.

It’s not always all about the money – but you shouldn’t work for free
Lance: Most people, if they’re offered the opportunity to score a game of any size, will probably say yes, because why would you say no, even though the money may not be that good?

If you’re offered a modest fee on a full buyout basis, and the commissioner is asking to own all the rights, then frankly, I think it’s a bit cheeky. So, I would encourage you to go back and say, ‘Well, can we at least talk about this? Is there another way of doing this without necessarily scuppering the deal entirely?’ Sometimes, if the developer says, ‘No, this is it,’ then you make a decision, ‘Do I want to do this or not?’ The likelihood is you do, but at least you have asked the question and you’ve got into it eyes open.

Generally, I don’t think people should offer to work for nothing. Even those on the tightest budget for the smallest game should be able to make available a couple of hundred quid as a fee - which is derisory, but better than nothing. If not, there should be a revenue share on the back end, so that even if you’re not getting paid something now, you have some reasonable expectation that if the game is successful, you will share that success. I don’t think anyone’s reputation is enhanced by agreeing to work for nothing.
How to