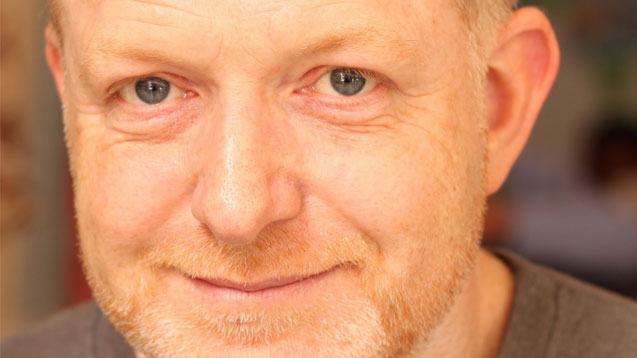 How to gain access to BBC recordings of your music

Are you an artist who’s recorded a live BBC TV or radio session? Ever wondered how to get hold of it? BBC Worldwide's Simon Gurney explains how...

Are you an artist who’s had the pleasure of recording a live BBC TV or radio session? Ever wondered how to get your hands on that recording?

There’s a small team beavering away in the BBC’s commercial arm – BBC Worldwide – helping artists, songwriters, publishers and labels to access and license its material from live sessions, TV shows, festivals and more.

So, if you’d like to include some video footage or live session music into your promo or release packages, or are keen to get your hands on your work for other commercial purposes, these are the guys you need to chat to.

We recently caught up with licensing and synchronisation manager Simon Gurney, who oversees this stuff, to find out more…

What exactly do you do at BBC Worldwide?
My main role is to generate income from the secondary exploitation – in licensing and synchronisation form – of its two million music copyrights and so assist the funding of the BBC and in particular the areas of radio and music.

This income comes primarily from licensing artists session recordings here back to their record labels (or themselves if they are not signed to a label) for commercial release, licensing BBC programme soundtracks for commercial release and also dealing with film companies, other TV broadcasters, advertising agencies and the like to secure synchronisation deals for the same recordings.

What type of recorded material is in your audio and music catalogue, and how far does it stretch back?
The BBC’s recorded music catalogue is fairly unique in its scope and depth. It starts in the 1920s and covers every genre since those days. It includes recordings by most artists of any note since then.

Look at the range of music covered now on BBC Radio 1, 2 and 3 as well as 6Music and 1Xtra, and consider that we have been doing this since recorded music became a thing. Our main catalogue of recordings come from all the bands who come in and perform live sessions on radio, such as Live Lounge and Peel sessions, and TV, such as Later With Jools Holland, Old Grey Whistle Test and Top Of The Pops.

It also contains material from when we go out and record concerts or festivals across the country. Also, we own the recordings for our especially composed programme scores, our Radiophonic Workshop archive and from the days of yore (up to 2004) when we had our own record label.

How is this content unique? What’s its value?
It’s unique because the vast majority of it has never been commercially released. Our rights traditionally have extended to broadcasting the recordings only after which the tapes gather dust unless we can facilitate deals with the artists or their record labels to release them to the public.

It’s also unique because these are live session recording made to a very high standard by possibly the most experienced team of producers ever assembled, and artists usually go the extra mile when coming in here because it’s a guaranteed way to reach the entire nation in one fell swoop.

The value is a tricky one to judge with any degree of accuracy, but I believe we are the go to people in the UK when it comes to sourcing bonus content for album reissues that help persuade fans to purchase releases a second time round. We are also a useful source for that B-side you need or that unique EP you want to get out on Record Store Day without going back in to a studio. Also we are a great source of cover versions with the Radio 1 Live Lounge being famous for such output.

In what ways can artists access and repurpose this content?
Access is all through me – simon.gurney@bbc.com - and my colleague Denise Black – denise.black@bbc.com. If you have a valid business purpose, just drop either of us a line with details. Repurposing is trickier because we don’t save multi-tracks/stems unless by prior arrangement but part of the USP is that the fans are getting the recording they heard on a BBC show so it’s generally not much of an issue for us.

What is the licensing process?
There are too many types of request to lay out a simple process here, but in the case of PRS for Music composer and publisher members, there need not be any paperwork at all between us as our rights are in the master recording.

As you deal in recorded masters, why are you in touch with publishers and composers?
Good question. Basically it’s because of the synchronisation side of my role rather than the licensing for commercial releases (where MCPS licenses are automatic).  If you have a potential client, for example a film company or advertising agency, which is after a certain song then, as well as sending them the commercially released version, it can do no harm to send them an alternative version – ours of course – to offer more depth to your pitch.

We may have a slower or faster recording. A cover with male instead of female (or vice versa) vocals, or just some different instrumentation on board. We’d happily supply a copy of that recording for this purpose and the good thing is that we don’t take a penny from the publishing side if any deal ensues.

With regards the master side we have agreements in place with the major record companies and many of the indies to make the process as simple as licensing the original version (as ever subject to artists consent still). So all I ask is that people realise the recordings are not there just to gather dust and to keep us in mind.
How to