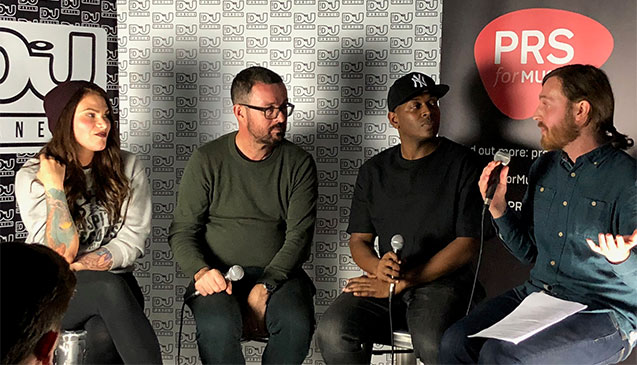 5 things we learned about breaking into dance music

DJ Mag and PRS for Music have teamed up for a series of six events covering all you need to know about breaking into the electronic music world.

Involving speakers from across the industry, the first INSIGHT instalment – called An Intro into the Business of Dance Music - kicked off last night (Tuesday).

Here’s five things we learned from the session…

Gen up on copyright and ownership

Jules: It’s important to understand where the problems arise. People make records and use them as marketing tools but when things go on to be successful a whole myriad of problems can emerge.

In the absence of a prior arrangement, the person who makes arrangement for the recording owns the copyright in that recording. For example, you need to be quite careful if you go into a studio and don’t pay them. That studio has a fairly reasonable argument that they own the recording because they made the arrangement.

Ash: Get everything locked down and in shape before you earn money out of it. The more money you earn, without having your house in order, the more likely you are to come unstuck further down the line.

Leave the studio knowing what share of the track you own

Jules: The squabbles between big name songwriters are part of music folklore, so lots of younger writers know that as soon as they leave the studio the need to work out the songwriting shares between everyone involved. Talk to session musicians too, especially if they’ve created an integral part of the track. If you don't, you can bet your bottom dollar there will be a row as soon as it becomes a hit.

Jules: All interested parties under law have to agree when a song is used for a certain purpose, whether it’s released via a record label or used in a TV advert or other sync. It’s quite sensible to decide what to do in advance if you all disagree with one another about use.

If you’re a producer, you can still get a writing credit on a track

Ash: In dance music, you might call yourself a producer, but you’re also a composer and songwriter and performer. A producer may also be a non-performer and non-writer. It’s important to be clear on your role in creating a track so you can earn from it.

Dean: Traditionally, a producer isn’t a payable role at PPL, but in the modern world a producer is seen as someone who’s performing an instrumental role in the recording, whether that be playing keyboards or programming etc. All of those roles are eligible for royalties. I’d encourage anyone who is a producer to get credited for all the other roles they’re performing on a song.

Get your head around who owns what when sampling

Jules: Things float around and you don’t know where they come from, so it’s important you find out what the samples are and the original titles of the tracks. You need to get permissions for using the copyright in the recording and the copyright in the original song. You need to clear those rights with both parties: most songwriters and recording artists have approval over whether their song or recording can be used in a sample.

Megan: If you’re using a big vocal sample, it’s better to recreate it if you can. You still have to clear the publishing copyright but the recording is original.

Jules: Technically, you can get an automatic right to clear the publishing if it’s a direct cover version, without having to jump through hoops with the publisher. It’s something some people have used to get round a situation with big artists who really don’t want their music to be sampled.