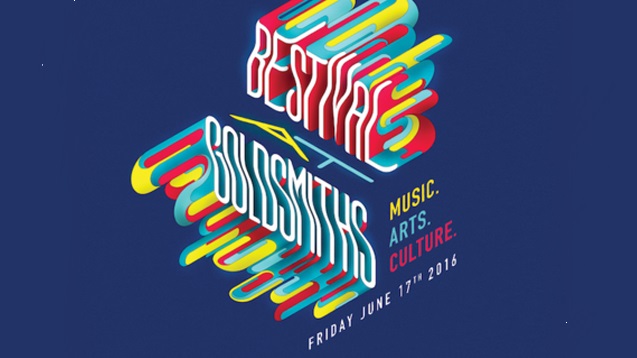 12 things to remember to help you become an artist

We hear from composer, conductor and creator Matthew Herbert on 12 things to remember to help you be a musician and (possibly) make a career from it…

Matthew Herbert is one of our brightest and oddest musical innovators, a creative with no limits when it comes to designing his aural constructions.

From pigs to Parliament to the human body and food, nothing is sacrosanct from his sonic touch. We were lucky enough to be at Merging Creativity: The job of being an artist talk with Matthew at the Bestival at Goldsmiths event to hear from him on how to do it. Although there’s no one quite like him, we picked out 12 pieces of wisdom from his talk… check out what we learned…

Don’t expect to make any money from record sales

One of the things people never talk about is money. When I started off, we used to sell 30,000 12 inches if you had a good dance track. You’d get back a pound a record. Now record sales are over, they are finished, gone…

Think carefully about artistic decisions from the start

A friend of mine had a hit in the early nineties with a kid TV theme with a rave beat. They got on Top Of The Pops and managed to use the money to build a studio.

I thought I could do the same thing. I picked a TV theme, put a beat under it, sent it to a label who got excited. Then I thought I could do it myself so decided to press it up on vinyl and release it. But it didn’t take off. I had to pay to have the unsold vinyls melted down.

I did something for money - you can tell I’m not happy about it as I still won’t tell you what it was. The point was that this was a great lesson. To do this I compromised my integrity and did something I didn’t believe in. What happened? It didn’t make me any money and it cost loads. I had to pay for my embarrassment.

And these decisions can follow you for your whole career

The worst thing that could have happened would for it to have been a hit. I’d have been trapped in this terrible plastic prison. Like Calvin Harris. He still can’t be excited by those sounds.

If it had been a hit, then every review you will ever see, that will be mentioned. You’ll forever be associated with it.

There’s so much money in that area of the industry. Labels aren’t labels anymore. They’ve closed down and become sync agencies. That’s the last bit of money in the music industry. No one ever talks about that, that the industry is now funded by the advertising industry.

The music industry is a gambling industry

Record labels will gamble on an artist. They think one artist might sell so they’ll put some money into that. And managers, they’re making their own kind of gamble.

Don’t just say 'I’ll trust you' and sign it. Having been involved in litigation over the years, contracts don’t necessarily mean anything. I did a movie, did a deal, they didn’t pay any royalties on the DVD sales - which actually they were obliged to do. So these contracts are not always set in stone.

Remix to get your music heard

Remixing is something I’ve always done as it was interesting to work with other people’s material. And that was also a useful way of inheriting other people’s audiences. If someone sees your name, three times in different contexts, then it means something.

Be memorable when you go public

You never know who is in the audience when you play. I did a gig at Sonar in 2005 and I’m still getting bookings from that even now. People in that audience who I suppose were just waiting for the right opportunity. So you should always do your best when you do a gig. It’s going to be a struggle but you don’t know who is going to be there. It’s a really patronising, fatherly thing to say but do your best. Take everything you do publicly as seriously as possible.

No one is going to make you a star

For the first 20 years, no one offered me anything. Don’t think someone is going to make you a star. Those who go on to do well are the ones that do their own thing - play the gigs, release their own music, make their own videos - they are doing it regardless.

Do yourself a favour, come up with an interesting band name from the very beginning. You can tell a story, and make sure it means something. I’ve had some terrible band names. But I think of someone like DJ Paypal. They’ve got about six months left before you might have to change that.

Musicians have incredible power. When I tried to make a big band record, I tried to record in the Houses of Parliament. They said no as they were worried that I’d bring the house into disrepute. That’s amazing. The government is worried about music. The power is still there. You could call your next record Of the 75,000 chemicals in the food chain, 10% have been tested on human health, and zero percent have been tested when they meet each other,. It’s a long title but the motherfuckers have got to say it. If they review it, they have to write it out. That’s the power!

Read our guide from the Bestival at Goldsmiths event on how to run your own music festival.
How to
Back to top