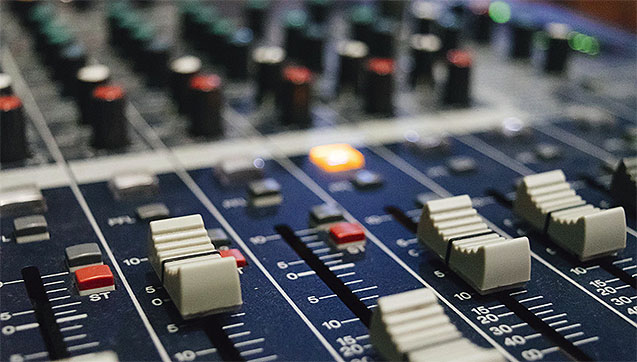 Hear from the experts on how best to approach the recording of your music and produce a physical classical release from scratch...

Despite the mass movement of audiences from physical product to digital across just about every genre going, classical music fans still opt for CDs in their droves.

With a market split of 80 percent CD buyers and 20 percent download/streaming consumers, product is definitely still king – a fact not forgotten on the new wave of composers who are getting in on the act.

As more and more dip into the recording, manufacturing and promotional world of physical product, PRS for Music hosted the recent Make Your Recording Pay panel to shed light on the complete process.

Ginny: For now anyway. Despite what the press might tell you, CDs are still selling in the classical music market. The split is 80 percent CD sales to 20 percent digital, as in downloads and streaming.

Aaron: Before you start, you need to have the music, a clear idea of what you want to record, the musicians and a venue – the last two you are going to have to organise yourself. Increasingly, labels aren’t providing these. What the label will probably bring is an engineer and equipment. You will probably have to help labels cover their costs by purchasing a certain number of CDs up front.

Also, you’re going to have to get someone to produce the album, edit the album, take care of artwork, and pick up the actual CD production. Although, increasingly, you can do any one of these things by yourself.

Work out your CD manufacturing costs in advance

Ginny: Depending on what you’re recording and how many musicians are involved, costs can vary from £600 for a non-copyright chamber piece to £25,000 for a full orchestral piece. As a rule of thumb, an average recording project would cost around £2,500.

Aaron: For me, producing a CD for £2,500 may not be realistic. A good venue is not going to be cheaper than £500-700 per day in London. To get a really great CD, you need three or four days of recording – so it all adds up. You may have friends who can come along to play on the recording, but even an ensemble of 10 people is going to surpass that number.

Ginny: The biggest costs of producing your CD are going to be your artwork, the design, the inside liner notes in English, plus any translations you need to do, for example into French and German.

A print run of a thousand booklets is much cheaper, so while you wouldn’t get a thousand CDs made in the first instance – 300 is much more usual for an initial run – you should sit on the remainder booklets to use as and when.

Harriet: For composers who are self-published, and don’t have an assigned publisher which is collecting royalties for them, joining MCPS is really important. That way, you can collect mechanical royalties for your CD sales.

When you do join, it’s really important to make sure you’ve registered all your works via the PRS for Music website. When any label wants to make a CD of your music, they have to apply to MCPS for a licence.

And, of course, as a self-releasing composer and member of MCPS, you can sign a form so you don’t have to pay to release your own work.

Understand that a CD is an expensive business card

Aaron: For most composers I know, a CD is a really valuable, but expensive business card. You need to be realistic. If you are a composer self-releasing a CD, you’re going to do well to sell a hundred copies.

Harriet: It’s worth remembering the recording is very valuable, even if the CD doesn’t generate a huge amount of income. There’s the promotional benefit, the opportunity to be broadcast on the radio and sync licensing as well.

Ginny: If you want to get something recorded, you need a combination of crowdfunding and sponsorship.

Harriet: The PRS Foundation and Arts Council are definitely worth looking at for funding support and grants.

Ben: A social media presence can help enormously, especially from the crowdfunding perspective. Put yourself out there, tell people what you’re doing. You can encourage likeminded people to collect together and support you.

Ginny: We would urge everyone to build your social media profiles as best you can, on every level. You know who your customers and fans are, you know the things they like to listen to, the best ways to display your works – the stronger the social media base you have, the easier it is for you to market your CDs, concerts and other things.

Aaron: Make sure you have musicians you trust who are performing the music well, with a producer who you trust and understands what you’re trying to do. So, to some degree, you should almost be superfluous to events. In that way, you, as the composer, can take advantage of the opportunity to invite a few important people to the recording sessions. Bring along artistic directors and publicists – use the time well to generate a buzz.

Learn from the recording process

Aaron: I’m often surprised how few composers ask for the multitrack sessions. Each musician will be miked up separately. If you take the recordings away, you can open up the files in GarageBand, or whatever, and really listen to each track. You can really learn as a composer from that – what are they actually playing and how are they playing it?

Think about what works with audiences

Ginny: If I was to describe what would make me, as a distributor, take on a recording to work with, it would be: unusual repertoire, nicely packaged, visually impactful and with a punchy title, which describes what’s inside.

Related:
Classical composers becoming producers too, experts agree
How to