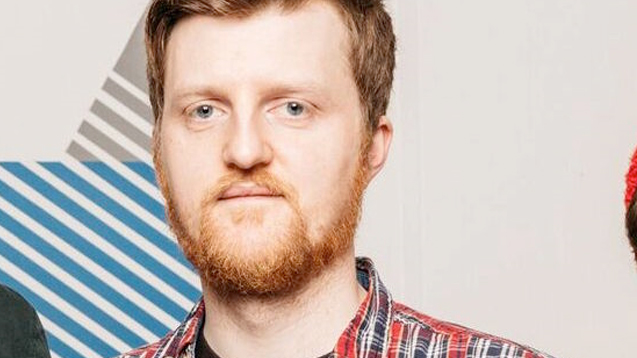 10 tips on getting press for your songs and music

Music businesses can be notoriously hard to maintain outside of the creative hub of London.

So it's all credit to press company I Like Press that they've succeeded in carving out an enviable reputation for themselves since they started out life in Leeds in 2010.

Run by director Simon Glacken, they specialise in the harder end of guitar music (Anathema, TesseracT and Black Moth), Leeds festivals such as the ace Beacons (RIP) and venues including Headrow House and the Belgrave Music Hall. Perhaps their most high profile campaigns has been the 65daysofstatic soundtrack for No Man’s Sky, one of the most anticipated video games of 2016. With this wealth of experience in mind, we asked Simon to give us ten tips on how new bands and artists can prepare themselves and get noticed by the press...

Too often bands will have a few practices, then start gigging straight away with the first few songs they’ve written. I really don’t see the harm in spending a little while locked away writing and practising so when you finally put yourself out there, you are a more fully formed with stronger songs.

First impressions online are a key aspect so if someone finds your website or Facebook page then you want to make sure they don’t close it straight away. People in the music industry get sent new music all the time so if they see something they don’t like, they’ll delete and move onto the next thing.

It may seem obvious but having a good promo picture of the band or some cool artwork makes such a difference. It’s definitely worth finding a decent photographer to take some promo pictures for you that tie into the image of the band. It may cost you a bit of money but you can usually find an upcoming and coming photographer looking to build their portfolio who might do it on the cheap (or even for free).

If you’re going to share a song then it should be the best version you can record. If you do all the hard work of getting people to want to listen to your music then you don’t want to fall at the final hurdle. Putting up a half-finished demo or a low quality live video shot on a camera phone just won’t have the sort of impact and may even put people off. If they listened to your track and felt it wasn’t good enough then there’s probably not much chance they’ll check you out again at last for a good while. You only have one chance to impress.

If you’re going to post content online whether it be a song, video, live video, picture or anything that represents your band then you should make sure it’s good quality. Or just post up pictures of cats. People like cat pictures.

The posts you make are also an opportunity to get the personality of the band across. Some bands prefer to keep it simple and dry and just post normal updates but then others like to be more opinionated, expressing their thoughts and asking questions which can lead to a great deal of engagement.

Social media gives you a chance to follow people who you might think will be interested in your band whether it be journalists, booking agents, promoters or other bands. This doesn’t mean suddenly tweeting at them with a link to your track. There’s nothing worse than seeing a band send 500 tweets to places like @pitchfork and @NME and at @therock asking them to listen to their new single.

But by following people online you can see the sort of music they are into and at some point this might help you if you want to approach them about your own band. Or you’ll know that maybe you are not right for them. Plus it’s a good way of connecting with other bands/artists which may come in handy for getting gigs in other cities.

Music journalists/radio DJs are human too and don’t like it if you tweet at them randomly about your band or message them directly on Facebook or LinkedIn. If you’re a new act then the best bet is to try a good old fashioned email. But that doesn’t mean sending a mass mailout to every contact you could find and CC’ing them all in.

Do you research looking at the websites, magazines and stations you think your music would be suitable for. Find the relevant contacts and send them an individual email about your band. If it’s a specific writer maybe try and see who they’ve written about recently and see if you can tie this into your email.

Though you can write the nicest, most well researched and thoughtful email in the world and people still won’t reply. That’s life.

I work in music PR. However I’m not going to suggest you rush out and pay someone to take care of the press if you are a brand new band. In the early days I think you can do a lot yourself, even if it’s just approaching a select few websites or radio stations with your stuff. When things start building and your profile grows then the time maybe come where a PR can get onboard and help you reach the bigger websites and publications.

If a PR does get in touch very early on in your career saying they can do wonders for you then try not to be too dazzled. Like with any industry there are sharks out there. Take a look at some of the bands they work with and if you’ve never heard of any of them then there’s probably a good reason why.