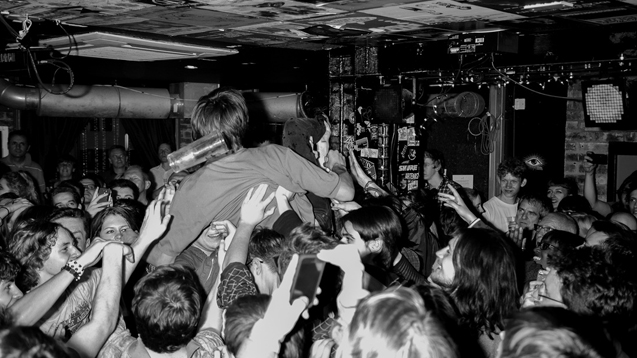 10 things to remember to make your gigs a success

At the heart of live music is the small venue, an essential platform for new and aspiring bands and artists where musical skills can be practiced and perfected.

It’s this which Independent Venue Week looks to champion and celebrate. Now in its third year, the initiative presents seven days of live music at more than 100 venues across the country, with many big name artists such as Wolf Alice and Tim Burgess doing their bit to support the smaller stages. We’re also hosting our own M Magazine showcase this Thursday (28 January) with Circle Sky and Tomaga as part of the week.

How can a new band prepare for a gig?

Practice! Make sure you're at a gigging level so people will enjoy and be engaged with your set. You should also make sure you have all the information you need well in advance to avoid any confusion on the night. What time is your load in, soundcheck and stage time? What's the arrangement with payment? What equipment will you need to bring or can you share any of the other bands? Finally, make sure you promote it as much as possible. Invite friends, family members, pets! There are inevitably people you can reach that promoters can't.

What’s the best way to approach agents and bookers?

Make sure to include where you're based, links to social media and music (Bandcamp, Soundcloud etc.), and a short biog about the band - influences and the like. Try not to write too much or include attachments though. Show interest in the person you're emailing and if you're emailing a booker, look up a couple of suitable upcoming shows and put yourself forward for those. It gives an idea of what your music is like and that you've done your research. Being polite and punctual with communication is once again very important too!

What’s the best way to get people to come to your gig?

Start by being good and making sure all the material online is good quality, good enough that people will want to pay and see it live. Be consistent with your social media promotion, but don't forget physical promotion either. Get posters from the promoter or make your own, find places you can legally put them up. Go down to local gigs with similar bands to yourself and talk to people, hand out free flyers and CDs (ask the promoter/venue if it's ok to do this first, you don't want to annoy them! Plus you can give them a CD too). Be confident in yourself and your music!

How important is playing live in the development of a new band?

Playing live helps bands to hone their sound, it builds confidence which comes across live as well as on record. You'll also get to see a lot of other bands for free so make sure you note what you like and don't like about them, to help influence your own performance. Playing live also makes you tighter as a group, and will get you used to dealing with equipment failure/string breaks on the fly. You'll get to meet a lot of people from customers to managers, agents and bands so be friendly and make as many connections as you can.

How can new bands starting from scratch build a fan base?

Online you can be active by sending music to blogs and radio stations. As above, flyering at other similar shows to yours can help and if you're playing live then make sure you mention your band name when you're on stage. Have some kind of merch, CDs, flyers, t-shirts - that will help people remember your name. Being active and communicative on social media is good, build up relationships with your existing fans and give fans-to-be something exciting and interesting to remember you by.

As a band, how can you make sure you get booked again?

Good communication in advance of the show is essential, making sure you have everything you need and everything is organised. Make sure you arrive when you have agreed to, are prepared with all your gear working and in tune in time for soundcheck. Be polite! Chat to and thank the sound guy, the promoter, the other bands. If you do all of this and your music is good, it's a winning formula.

How do new bands know when they’re ready to go on tour?

If you are regularly bringing good crowds to your shows, including people you don't know coming down and checking you out, and people from other towns have started asking you to play there that's a good indicator. Start with satellite towns before travelling from Scotland to Cornwall to play shows. Ask yourself honestly if people would come and see you in these new places, if not then it might be best to look at doing some support slots fist. Touring is expensive!

What’s the most important tool for new bands in promoting themselves?

Technology is important but the importance of making personal connections and getting your band out there by word of mouth can't be understated. If one of my friends tells me they saw a great band I take much more notice of that than a copy and pasted Facebook message!

Some artists get nervous before going on stage – is there any way to overcome this fright?

Keep doing it is probably the best advice, the more you play live the less nervous you'll be. Make sure your gear is all checked, you're well rehearsed and have a set list ready - minimise the things that could go wrong and you'll feel a lot more at home. It's definitely healthy to be a little bit nervous at least, so don't let nerves put you off!

What are the most common mistakes local live bands make - and what are the best ways to avoid them?

Playing the local area too much. It sounds silly and playing live is super important, but if you're playing every other week in the same few towns then you risk diluting your audience, which means promoters will be less inclined to book you and you'll be playing to fewer people. Sounds cliche but is often best to leave people wanting more!