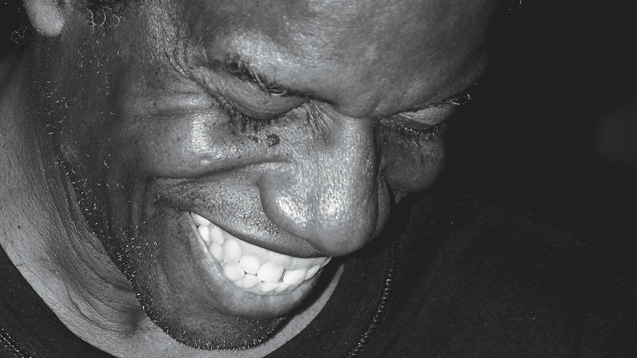 With Eddy as sole songwriter, lead guitarist and producer, the band achieved four top 10 hits within 18 months, including the number one Baby Come Back.

Then, as a soloist in the early eighties, he clocked up eight more major international hits in four years, including Electric Avenue and I Don't Wanna Dance.

Known for his politically charged lyrics and trailblazing reggae signatures, he’s now celebrated as a leading champion of black cultural life in Britain.

Here, he shares the story behind Electric Avenue…

After leaving The Equals, I engaged in a number of strange activities such as acting and tap dancing. I came under the tutelage of the great Sir Norman Beaton, who you may know from Desmond’s, the television programme. He took me under his wing, as he was in charge of the Black Theatre of Brixton. One day on my way there, I passed a street sign for Electric Avenue, and it was like a moment from God. I instantly thought, ‘Jesus, what a great title for a song’.

At the time, I was seriously considering leaving Britain to go back to the West Indies. Before I left, my brother wanted me to meet with Derek Chinnery, the controller of BBC Radio 1. Mr Chinnery said he only had 10 minutes to spare but I ended up staying for three hours. We spoke about many issues, including what was happening in Brixton at the time.

Although there were many other areas like it, Brixton personified black lives and black culture in England. With that came interest from around the world, often with a lot of bad sentiment. Part of the problem was the media coverage, which caused people to think negatively of the place. And then, of course, what would appear to be a riot - or some kind of antisocial behaviour – happened. It was blown up around the world.

All of this was bubbling in my mind at that time. I’d just had a hit with Do You Feel My Love? and needed to write a new album off the back of it. I had a number of songs ready, but in November 1981 I decided to leave Britain for Barbados. I flew British Airways and all my baggage got lost on the way; everything, including the songs I had planned for the new album.

When I arrived in Barbados, my new home wasn’t finished yet. I rented alternative accommodation and worked on the place without my wife and family, just surrounded by workmen. Eventually, I was forced into writing the record in a studio that was not yet built. I had to drag song titles out of my memory bank, and one of those was Electric Avenue. By then, half of the things I’d spoken to Mr Chinnery about had already started happening in England. So I created, in my mind, a scenario. That scenario is fairly well articulated in the lyrics of Electric Avenue.

All of the song was written, recorded, mixed and mastered at my Blue Wave Studios at the beginning of 1982. At the time, I was recording Marcia Barrett who had been in Boney M; she was the first person to use the new studio. Apart from that, only myself and Frank Agarrat, my engineer, were present. I played all the instruments and sang all the voices as per usual.

In my life, I try not to stand on a soap box. Instead, I choose melody, rhythm, harmony, and all the tools available to a songwriter to help make the message as painless as possible for people to ingest. Music is a fantastic delivery mechanism. It’s like water. You want to take a serious tablet? Drink a lot of water and it will go down in some measure.

Looking back, I see that Electric Avenue has caused people to think; those who are interested in the lyrics, and those who are into the visualisation and imagery. I was recently invited to switch on the street’s new lights to mark the completion of a new £1m refurbishment project. There’s new energy in Electric Avenue, and it’s great that people will walk away from it with a thought process. Instead of being an analogue signpost, it’s now a brightly lit digital beacon for the neighbourhood. The road itself is speaking. It’s establishing a black cultural archive, right in the heart of Brixton; a very beautiful and very British construct.