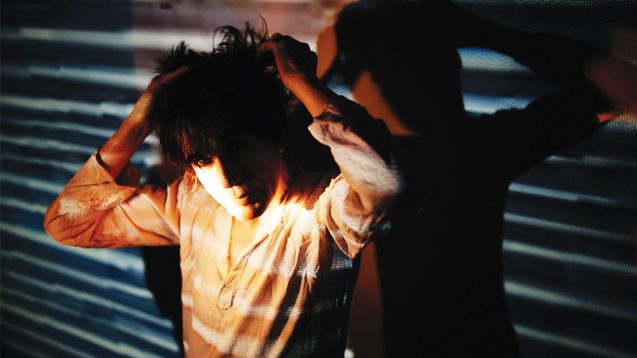 Another Girl Another Planet, Peter Perrett

The Only Ones' Peter Perrett on penning one of British new wave's most coveted tracks, Another Girl Another Planet...

Peter Perrett, singer, songwriter and founding member of London punk-rockers The Only Ones, penned the band’s most iconic track Another Girl, Another Planet almost exactly 40 years ago. Its classic songwriting and sardonic drawl brought a welcome flush of melody after the austerity of punk, and has since earned ‘evergreen’ status as one of British new wave’s most covered tracks. Here, Peter tells us how it came about…

When we formed The Only Ones 40 years ago, it felt like the most exciting time musically. As a new band starting out, you could get exposure immediately. We did our first gig in January 1977 and released our first single [Lovers of Today] in March. I remember sending it to the four weekly music papers, Melody Maker, NME, Sounds and Record Mirror, and it was Single of the Week in all four of them. There were queues round the block for our next London gig. We felt as though the world was at our feet.

Around that time, I wrote Another Girl, Another Planet. I used to enjoy meeting lots of girls and always thought it was like visiting a different planet every time. Each girl was different, in different ways, so I assumed it was a worthwhile experience… The stupidity of youth! Once I matured, I realised that just being with one person was actually more beneficial.

Back then, people thought I was referring to my well-known adherence to the rock ‘n’ roll lifestyle. They presumed the song was about drugs, but it was actually written about my infatuations: that was what I was most addicted to at the time.

We recorded it in the summer of ‘77 at Escape Studios in Kent. We used a 16-track recorder, and John Burns was the engineer. His contribution was massive; he put the backless reverb on the toms for the intro and that’s what gives it a surging pulse and makes everything more exciting.

The vocal track I recorded at Island Studios in St Peter’s Square, London, because Ed Hollis and Steve Lillywhite were house engineers there. They’d come to a gig of ours and said, ‘Oh, let’s pick up the multi-track and go.’ So I just did one take for the vocals, which was unusual for me.

The rest of it was finished off at Basing Street Studios [now Sarm West Studios] in Notting Hill. I remember we had to transfer it from 16-track to 24-track, which was tricky back then. We had to get the roadies to go down to Kent, pick up the 16-track machine and bring it to Basing Street to transfer. It was all a bit of a palaver.

Any songwriter is lucky if they’ve got one song that transcends their immediate audience – one that other people know the words to, but don’t know who wrote it. Although the initial idea behind Another Girl, Another Planet was very childish, it created a great song. I’m pleased that it’s helped people who weren’t around at the time discover the rest of my music.

It’s always a massive compliment when people cover it. All my songs are very personal, so I’m flattered this one had a melody that can be interpreted by other singers. I think The Replacements did the first cover of it I ever heard, but various people have done it since. Hearing iconic voices like Michael Stipe or Robert Smith and The Cure singing it at sound check makes me really proud. I’m very grateful to the song.

I remember reading somewhere how Blink-182 discovered it. It was in a film called Me Without You that drummer Travis Barker was watching on a trans-Atlantic flight. He thought, ‘What the fuck is this?’ and made it his duty to find out. The band covered it and their version was used on an MTV reality show called Meet the Barkers. Very weird!

Looking back, I feel very fortunate that I was around in London in the seventies. In 1975-76 The Pistols were completely unlike anything else. Then punk became very fashionable and lots of people started to fit that songwriting stereotype. So it was very easy to stand out and be different. All you had to do was play a melodic break. I never wanted to be like anyone else, and I think that helped.

This article appeared in the M64 print edition of M magazine.
Features
Back to top