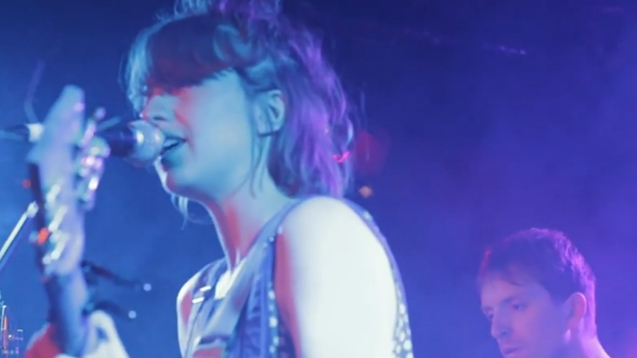 Woozy songwriter Rozi Plain has been delighting and bewitching audiences with latest LP Friend hailed as her best yet. Watch her live at PRS for Music Foundation’s Momentum Music Showcase…

Woozy singer songwriter Rozi Plain has been delighting and bewitching audiences in equal measure since she first emerged in 2008 with her debut album Inside Over Here.

The record, and subsequent follow up Joined Sometimes Unjoine, were the fruits of her time spent in Bristol, fully immersed in the city’s richly creative scene of artists and musicians.

Now re-located to London, her latest LP Friend, released on the ace Lost Map Records, is her fullest musical expression yet featuring contributions from Hot Chip’s Alexis Taylor and members of Francois and the Atlas Mountains.

With backing from the PRS for Music Foundation’s Momentum Music Fund, Rozi and her band have been touring extensively and recently played the initiative’s live showcase at Brighton’s Great Escape Festival alongside electro poppers NZCA Lines. Watch her perform Actually below…