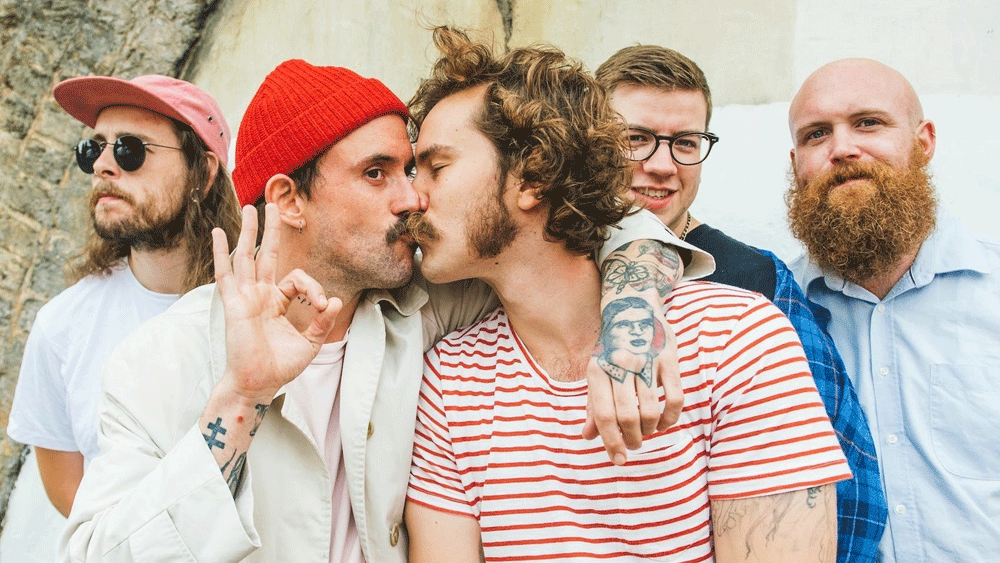 Happy punks IDLES on why Joy as an Act of Resistance really was 'that difficult second album' and what they have up their sleeves for album number three...

Happy punks IDLES are no strangers to the red carpet, having already picked up the AIM Award for Hardest Working Band last year.

With four nominations at this year’s AIM Awards, plus two wins, its clear that all is still more than well in the IDLES camp, despite the grueling tour schedule.

Bouncing back from the massive buzz of their first album, Brutalism, LP number two, Joy as an Act of Resistance, has proven this lot are no one-trick ponies.

Feeding off the frenetic love of their live following, Joy is a fuzzy and fast paean to peaceful protest, spreading the word that acceptance and openness may heal the even deepest cuts in Brexit Britain.

We caught up with Bowen and Lee backstage at the AIM Awards 2019 this week to learn what energies they’re pouring into album number three, and why Joy really did turn out to be ‘that difficult second album’…