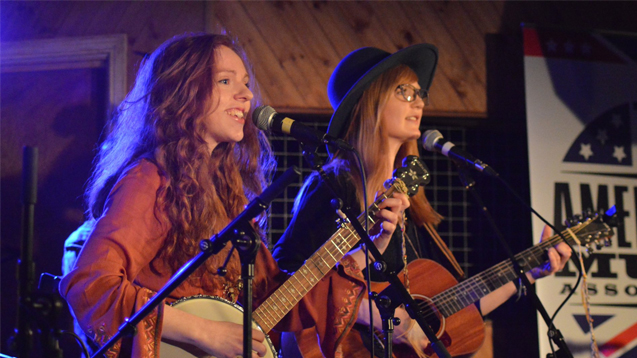 The second annual UK Americana Awards took place at the beginning of February in the glorious surroundings of the 18th century church of St John at Hackney. It was part of two days of activities branded AmericanaFest UK 2017 and organised by the Americana Music Association UK (AMAUK).

The awards show has already established itself as a must for anybody involved with, or interested in Americana music. The star-studded event was hosted by Bob Harris OBE and handing out the awards were Harry Shearer, Andy Fairweather Low, Al Booth, Imelda May, Kiki Dee, Jim Lauderdale, Timothy B Schmit, Angaleena Presley and former PRS chairman Guy Fletcher.

There was also a performance by Richard Thompson, the proud recipient of the lifetime achievement award, and the Bob Harris emerging artist winners Wildwood Kin. Margo Price (international song of the year for Hands Of Time), Sturgill Simpson (international artist of the year) and Albert Lee (trailblazer award) all, unfortunately, couldn’t attend, but sent video messages of thanks.

The awards show was the culmination of a two-day conference, with panels that discussed topics such as the UK Americana chart, festivals, touring in Europe and strengthening the brand. Bob Harris interviewed Mary Chapin Carpenter and preselected song-writing members of the AMA-UK were given the opportunity to perform and receive feedback about their songs from a distinguished panel of Beth Nielsen Chapman, Graham Gouldman, Glen Phillips and Angaleena Presley.

A showcase event took place at the end of the first day of the conference with 20 emerging US and British artists performing in three venues around Hackney.

For those who still had the stamina, there was a superb awards after-show at Oslo in Hackney with Sam Outlaw playing country hits until 2am.

So two days of fascinating chat and great music. The conference was a valuable information-gathering and network event for the AMAUK members.

Read our top tips from the event on how artists can get ahead in the music industry.