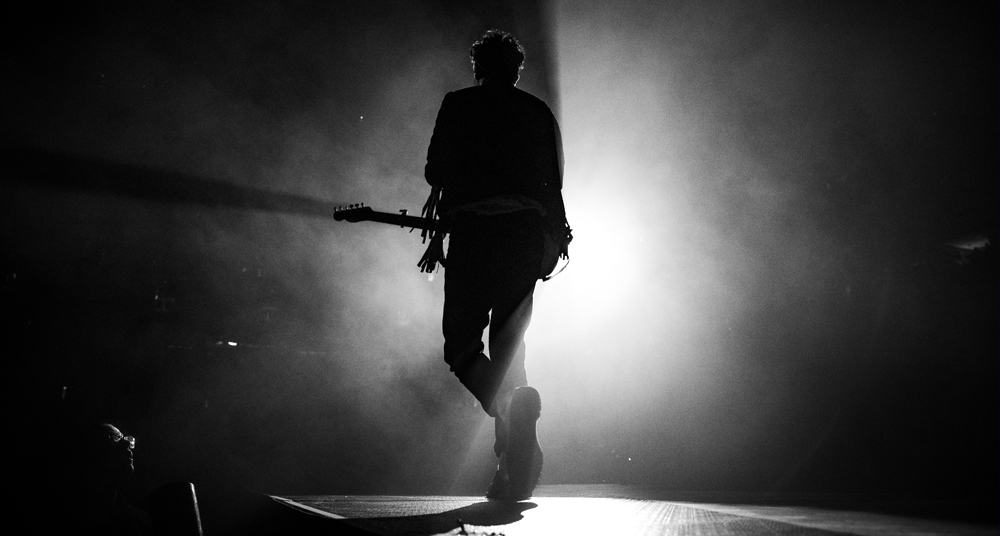 Touring and loneliness: Musicians discuss the impacts of a life on the road

For Mental Health Awareness Week, Adam England speaks to James Kennedy, The Subways’ Billy Lunn, Jess Branney of indie trio Peaness and Natalie Wardle about the psychological effects of touring and asks how the pandemic has added another layer of pressure.

Touring can be lonely for artists — that’s hardly a secret. It’s something the likes of James Blake and Florence Welch have been vocal about in the past, and it’s not hard to see why a life of solitary hotel rooms and cramped vans might take its toll.

Bring COVID-19 and its many complicating factors into the equation and the stresses of touring become more vivid.

While the live music industry is back up and running, and artists can finally get back on the road, the novelty of touring can be short lived.

‘A tour always starts out with that excitable sense of adventure, of a gang of mates escaping the confines of normal life to go on a noble voyage, free from responsibility or fixed abode,’ explains Welsh singer-songwriter James Kennedy, author of Noise Damage and frontman of James Kennedy & The Underdogs. ‘But as it drags on and the routine reality of touring begins to dull the shine of those innocent first two weeks, it can start to feel isolating, fast.’

He describes the contrast between being on stage and having that ‘intense communion’ between performer and audience and travelling between cities on a ‘dark empty motorway, silently making your way to the next gig.’

‘Even though you’re with people every second of every day, it's just the bizarre process of constantly moving on and never settling — of having no home or sense of connection. It's a strange emotional and chemical rollercoaster your body goes through every day,’ he says.

This lack of stability can be difficult to cope with. ‘You start to go a little crazy,’ says Kennedy, ‘I became deeply unhappy on some tours, despite them being great shows in beautiful cities with awesome people.

‘I started snapping, much like a caged animal — my cage, of course, being a band van. Being away from your loved ones starts to sting, and eating bad food every day, living in close quarters with the same small group of people, and the relentless, generic motorways can make one a little delirious before too long,’ Kennedy explains.

He continues, ‘Of course, when you're a band of nomads who won't even be in the same city or country tomorrow, you feel you have a licence to be as reckless and reactive as you want because there are no consequences. It's also too easy to start relying on chemical crutches to pass the boredom and take the edge off the intensity.’

For Billy Lunn from The Subways says, it’s not the logistics of touring that’s anxiety-inducing. ‘Whilst on tour, I feel I’m able to function at a freer and more fluid level — arriving in a new city or country each day and immersing myself in the new environment.

‘But sometimes I can get really anxious which makes talking to people difficult, but we’re all so close that if one of us is having a bad day, the others will step in.

‘As the day is drawing to a close, the main event for me really begins. I step out on stage, pick up my guitar, step up to the microphone, exert all the pent-up anxiety, frustration, tension, insecurities, dissatisfaction, and I work it into the performance.’

Lunn describes having ‘very difficult days on tour.’ ‘Sometimes I just want to be at home with my incredible, talented, funny, beautiful, inimitable wife, and our beloved rescue dogs — and I resent the fact that we spend so much of our short, precious time on this earth away from each other because of my devotion to this band and our music.’

Of course, these struggles existed for artists long before the pandemic, but — in this new world we find ourselves in — there’s an added layer of complication. Jess Branney of Chester indie trio Peaness describes it as ‘way more stressful,’ referencing illness, fuel prices and Brexit as three reasons for this. Loneliness is certainly not the hurdle touring musicians are having to overcome in 2022.

‘The principles are the same,’ she says, ‘but it feels like you’re walking against the tide a bit. Venues, promoters, punters — everyone is leaving things until the last minute in case there’s another global disaster that could kick off at any given moment.’

This is something that James Kennedy agrees with: ‘The logistics of touring are much more difficult now because of Brexit and the ongoing need for COVID-19 regulations mean that bands now have the added stress of spending tons of money on a tour that always runs the risk of being pulled at any minute.’

That said, he doesn’t think it’s particularly lonelier than it was pre-COVID, because of the ‘completely unrealistic way most bands have to suffer in the first place.’

While some factors — like a global pandemic — are out of our control, there are things that can be done to help improve the welfare of artists while on the road.

For Loose Articles vocalist Natalie Wardle, it comes down to funding, particularly for emerging artists and bands. ‘Funding artists more so we can have a crew can make the experience less lonely — it can be straining having to drive yourself to gigs with all the gear due to lack of money,’ she explains.

‘We’ve always had a better experience when we have more crew around us to help. The only real pressure you have is playing the gig rather than having to think about travel, accommodation, setting up on your own, and so on.’

Kennedy says that musicians should be treated with more respect, ‘as if we are professionals doing a valuable job who deserve to be treated and remunerated fairly.’

He continues, ‘The idea that we’re all just doing it for the crack of it and that it’s not a “proper job,” and we’re “lucky to be gigging in the first place” is a toxic idea. If, at the very least, touring musicians were paid fairly and were provided with somewhere to sleep at night, it would make the whole experience less inhumane and financially devastating for the 99 percent of bands out there who are surviving one day at a time.’

As the industry begins to recover from COVID-19, it’s evident that the artists and musicians need better treatment— this very much includes fairer pay — but mental health support is paramount.

One unlikely positive resulting from the pandemic is that ‘there’s a greater sense of camaraderie within the music industry,’ says Billy Lunn. ‘Bands are making more of an effort to check in with each other, to promote each other’s work and tour dates, and to spend time with each other — or time apart, if it appears that’s what’s needed for an individual or group.’

Feelings of loneliness and isolation are — to some extent — a part of life. They’re natural emotions that occur within almost everybody. But as we continue to emerge from the pandemic into a changing world, it’s clear that there are ways in which the industry needs to adapt.

If you’re a musician struggling with your mental health, you can use the following resources.