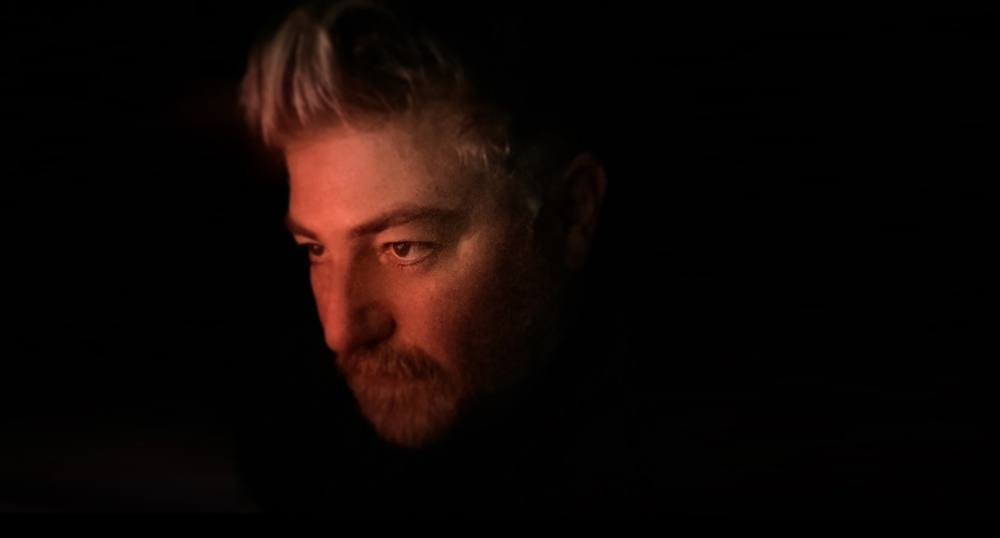 These Are My People: Mr WA7T on acceptance and influence

Ahead of the release of his debut album No Thread Leads Back to the Heart, Kate Wildblood speaks to Mr WA7T about his childhood in Northern Ireland, the rawness of the record and the importance of queer artists lighting the path.

Transforming his production and songwriting career from collaborative to solo, Mr WA7T has taken his years of experience as a gay man growing up in Northern Ireland during The Troubles to create a strikingly honest and enchanting album that addresses the issue so many LGBTQ+ people experience — the need of acceptance of oneself and of one’s future, regardless of the tensions caused by differing beliefs, ideals and sexuality. In reflecting what made him, Mr WA7T’s No Thread Leads Back To The Heart celebrates both his chosen family and his unique history and, in doing so, creates an album we should all welcome home.

Kate Wildblood: So how did you get started in the music industry?

Mr WA7T: After dropping out of art school I studied audio engineering and then eventually I was running nightclubs including Club X and the Polo Lounge in Glasgow. But then in my mid-twenties I woke up one morning and thought this is not where I am meant to be, so I packed my job in and got a train down to London. I headed to the pubs the people in the music industry would drink in, The Kings Arms on Poland Street for instance and I would just, you know, buy an extra couple of vodkas and give them the odd CD of my work. And then I started getting some jobs. The first one I got was remixing Blondie, with Debbie Harry asking to meet me and that blew my mind. Then I started remixing American artists including Beyoncé, Missy Elliot and Lana Del Ray and I signed to Capitol Records America for four years. But it was hellish, and it took two years just to get out of my contract. I ended up taking time out from making any music. I had just become numb — I had nothing else to give. I just thought I need to have a complete and utter change.

'They may have decriminalised homosexuality in England in 1967 but in Northern Ireland it wasn’t until 1982, so my mum obviously thought I was gonna have a horrifically lonely life.'

So how did the album No Thread Leads Back To The Heart come to be?

I think going through all those things over the past few years it really pulled something out of me that I didn’t think was there to begin with. I’ve always written for other people,  mixing or producing a vocal but to do this solo work, I learnt that I can be honest, at a push, if that makes sense. It’s really, really fucking hard to be honest, but I decided to creatively not look sideways and to not care about what anybody else wanted.

No Thread Leads Back To The Heart reflects with heartfelt raw brilliance the need you had as a young gay man growing up for acceptance from your family.

Yes, working on the album was my way of trying to figure out if my parents would love me. My childhood was very, erm, we were never hugged or touched. It was a very Northern Irish. That Catherine Tate sketch You’re A Gay Man Now was literally my childhood. Council estate — rough — a very cold environment to grow up in. My mum passed away when I was in my mid-twenties and my dad before I was thirty. In the track Betty and Tommy I include recordings of when I visited a psychic through a desperate need to get my late parents acceptance. With a song like that, you have to kick your own arse and to have the work ethic to present something this personal, you have to be really proud of it. There can be no bullshit on it. When my mum passed away, she never saw that I could have the life that I have, she never thought I’d be happy. I never got to have a conversation with them to say look this was the right path, I am glad of who I am, I’m glad of my sexuality. They may have decriminalised homosexuality in England in 1967 but in Northern Ireland it wasn’t until 1982, so my mum obviously thought I was gonna have a horrifically lonely life. A big part of the album is just reaching out and trying to recognise how I can relate to them and how I can understand them more.

By the end of the album one does feel like there is acceptance on your part.

I’d like to think so. I went home and I spoke to my mum's sisters, just to see what it was like for her and how that related to me. You know, there was six of us in a council house in Northern Ireland during the troubles with red, white and blue kerbs and here was me — age twelve — trying to dress like Prince and getting chased down the street and she was like, 'What the fuck is going on?' But speaking to my mum’s sisters about the hardships of her childhood even though it’s in the past, it felt like leapfrogging from their past to my present.

Rejection as a young person because of one’s sexuality is a tale many can tell. How important is it to you that queer songwriters continue to do so?

I think we have to keep telling them, I don’t think that need will ever stop. Our generation who has been through the '80s and '90s need to say what that meant for queer people. Younger queer people now thankfully don’t get that feeling inside that there is something wrong with you as much as we did, I think. My dad didn’t like how I laughed and wouldn’t buy me a keyboard because he thought they both were feminine. I had to watch how I was at school as well as at home. We have to keep the conversations about those past lives going, we cannot forget our own history, even the bad things.

Who was the LGBTQ+ artist that lit the way for you as a young man?

It would be Prince. I ran away from home when I was fourteen because I believed that Prince would see me in the audience and realise that I should be in his band. Derry where I was is up near Donegal, so I hitched hiked across Ireland, snuck onto a ferry on to Scotland and hitchhiked down to Manchester. Having not eaten for a day and a half I suddenly realised I was a fucking mess in eyeliner with 'Lovesexy' written down my arm on a polka dot shirt, but Prince made me believe that I had something inside me — it was okay. If I wanted to wear make-up and heels — whatever gender I wanted to be — it was alright. I mean those early concerts he did where he’d come out wearing suspenders, briefs and not much else! Whenever I bought his Controversy album I was like, 'Oh my God, he’s even actually saying the word gay.' At that point in the '80s we didn’t have anybody actually say that. His was an amazing world and I wanted to be part of it.

'These Are My People represents the optimism of knowing we’re all together. I love my queer friendships, I love that we know our history.'

Your ballad Only He Knows is one that will stay with me, a love song that tenderly appreciates the intimate truth of a long-term relationship.

Yeah, I really wanted it out there because I wanted to reflect that a lot of gay couples are together for years and I wanted to show how you have to fight for your relationship — not stop at the first hurdle. No one really sings about being in love for twenty years and being a queer. Carl my partner and I have been together for almost twenty years. He’s ten years older than me but we seem to have evolved and spun together and we’re closer than ever. He’s my best friend. We’ve been through so much, him losing his mum, my sister being ill with bone marrow cancer. But he was always there and always has been. Some of my best friends know the worst of me but he knows the best of me.

How important is it for you to say to the LGBTQ+ community that it does gets better?

I ended the album with the track These Are My People — written for my friends who are my chosen family. Growing up I didn’t feel part of my family but moving to London and finding a whole new group of friends and going clubbing, going to massive chill outs, was always the best thing ever. One of my chosen family Lucy was Hot Chip’s live agent so I remember us — let’s just say drinking a few herbal teas — and their music spoke about us, weird and odd and electronic. These Are My People represents the optimism of knowing we’re all together. I love my queer friendships, I love that we know our history.

Oh my lord. Then it would be lonely, scared and defiant. But now? Home, strength and Pride!

Mr WA7T’s debut album No Thread Leads Back To The Heart is out on 13 April.