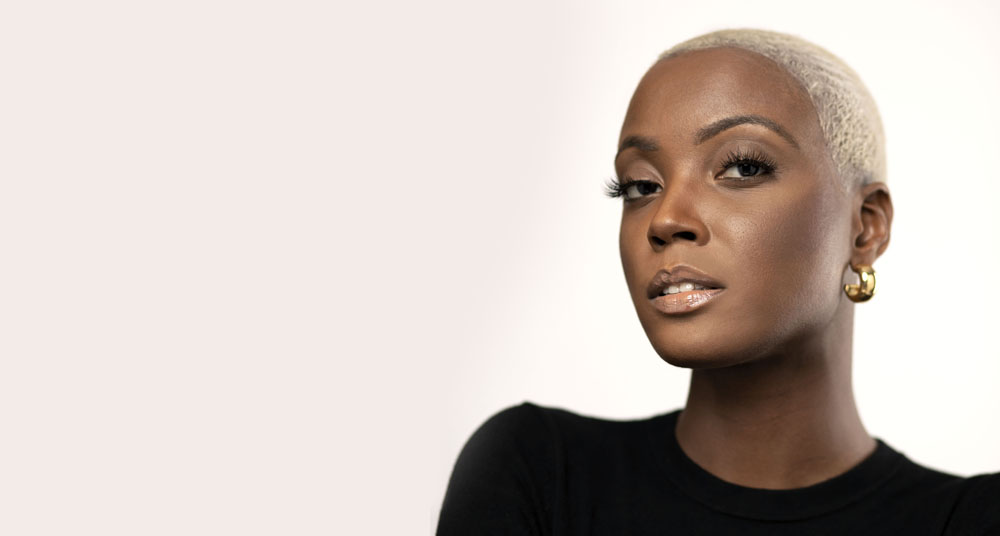 In June 2021, I wanted to shine a light and speak to some of the most phenomenal, ground-breaking multi-hyphenate Black women operating independently in UK music to explore what progress, if any, had been made by the music industry a year on from #TheShowMustBePaused and the brutal murders of George Floyd, Breonna Taylor and many other Black citizens around the world at the hands of the police. These conversations, although extremely difficult, were profoundly important. Especially when it came to centring the voices of dark-skinned Black women, the Black LGBTQ+ community, Black working-class people, the Black disabled and neuro-diverse, those working outside of commercial Black music genres and those who exist at the intersection of these identities.

On the two-year anniversary of The Show Must Be Paused initiative, the subsequent blackout across social media platforms and company-wide pledges to support Black people, I have invited two leading innovators in Black British music to reflect on the last twenty-four months. Below, producer, singer, DJ and Capital Dance radio host KG and Elijah, founder of the label Butterz and one half of the pioneering Grime duo Elijah & Skilliam investigate what progress has been made by the British music industry for Black creators and music professionals. 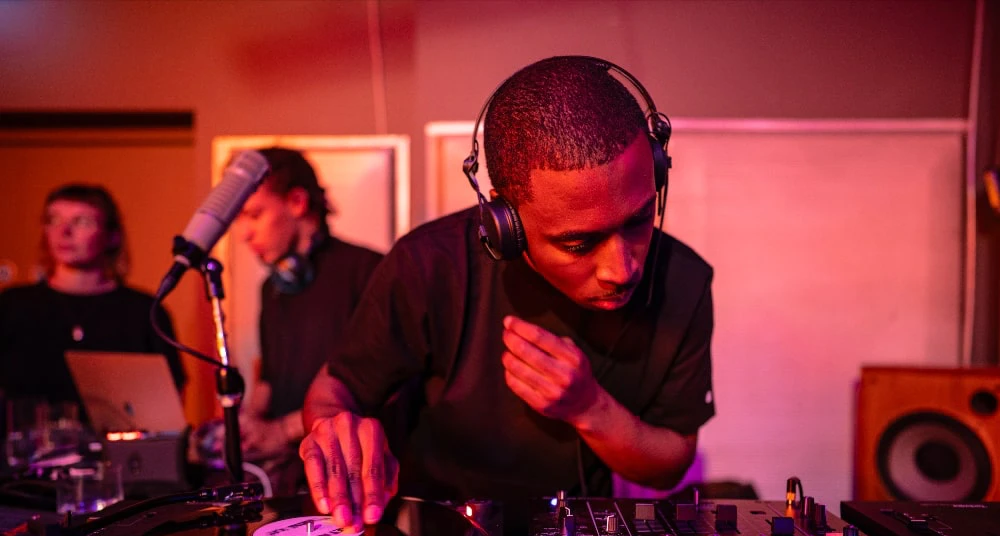 How do you feel about the state of Black British music, musicians and music professionals two years on from the music industry’s Blackout Tuesday?

KG: I feel like for the most part workforces have diversified but the power hasn’t. Companies will bring people in under the guise of diversity but then oppress them in the process. We’re still having these conversations when it comes to the representation of marginalised groups, whether it be on festival lineups, or Black femme DJs and those within QTIPOC community being frequently mistaken for every other Black DJ just because they’re Black. So who’s really done the work? As long as we are there, they’ve met their diversity and equality markers that they had to abide by in June 2020. It starts and stops at optics and a lot of what we’ve seen in terms of progress is just illusionary.

Elijah: I can see that there’s efforts that have been made, but I'm not sure how much of a tangible difference it’s made in terms of contracts, agreements, how people and legacy figures are treated long term. The long term effects of previous business decisions hasn’t really been addressed. It’d be interesting to see if legacy contracts are really looked at again and if artists can be free of old things that have been holding them back. I feel like the surface has just been scratched.

If you could rewrite the “industry standards” tomorrow, what would you change?

KG: I don’t understand why the further women or people from marginalised communities go into a company, the more they are likely to be on the receiving end of somebody else's ignorance that puts them off their life-long passion and goals. It shouldn’t be our job to teach diversity or explain anything about race relations. I would love for seniors and companies that have archaic working systems to embed safety and critical race theory into their company culture. The only way to change the industry standard is if there was some practice to abide by. But we’ve been saying this for the past two years and it hasn’t happened!

"It starts and stops at optics and a lot of what we’ve seen in terms of progress is just illusionary."

Elijah: I think about broader skill sets, because not everyone is going to be a popstar or have a music career in that way. So it’s like, okay, what do you build on top of your music skills to actually pay your bills or live a comfortable life? I think Black people are more likely to not be exposed to having opportunities to learn other things, because we’re focused on doing the music. And sometimes we’re actually encouraged to just make the music and leave everything else. In a lot of circumstances that can be dangerous because you’re blindsided. So that’s a form of racism, not showing the scope of opportunities for Black people. That kind of belief, seeing people’s talent and applying it differently to how they imagine, is something I'd like to see a lot more of.

"Our community has the sauce, we are the source and I feel like we will be the catalyst for our own change."

What does your self-care practice look like, living while Black and working in Music?

KG: I surround myself, drench and always reconnect with my community, because they’re the ones that got me here in the first place. Whether it be me navigating, supporting and investing in Black spaces, empowering other Black femmes and women in music, radio and media, I will do that. It makes me feel loved seeing us flourish! I’m also into holistic therapy like acupuncture and meditation, and train at least three or four times a week. I power lift, and it teaches me discipline while offering respite. It also gives me other goals to work towards and that alone releases enough endorphins to keep me happy. I have control over how I’m rewarded, whereas with music it’s almost like everything is just a point system. I like to take myself out of that space at times and do things that are just naturally satisfying to me and my spirit.

Elijah: I'm quite a minimal person. My personal desires are very straightforward and that makes everything easier. I think that if I wanted to be rich I'd be very unhappy. In terms of my business, I’ve just stayed small, doing my own thing for quite a long time and that’s what’s kept things low stress. If I were trying to make a label for the industry and have a joint venture, distributor and all this stuff, it would just confuse what I'm trying to do and I'll be satisfying other people. That’s probably what’s protected me and the people I work with longer than anything. 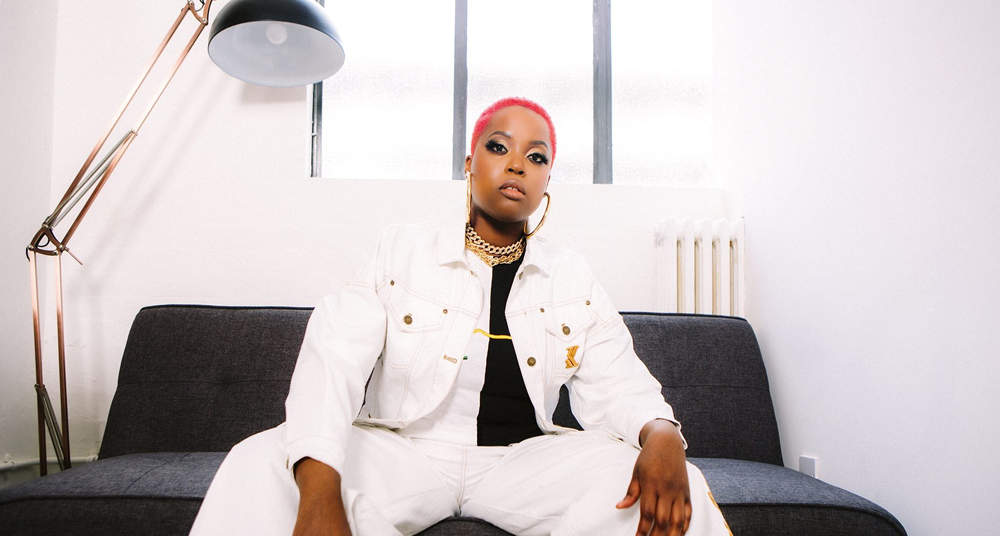 Any other thoughts or reflections?

KG: Our community has the sauce, we are the source and I feel like we will be the catalyst for our own change. We can protest – and I still believe in forcing awareness because there is power in that – but in that same realm we must also, if we are called to, cultivate our own spaces. Spaces owned and run by us, because in the long run these are the things that will benefit our community. The systems are way too old to change with just the posting of a black square on a social media feed. They’ve been serving certain individuals in those places for the longest so why would it change?

Elijah: I’m not sure that this industry is some haven of creativity, I just think that it’s a good place to start and get things going. How I got here was being on the frontier of new things and that needs to continue for people coming in.

I want to close this piece by asking what Black British musicians you are currently listening to, or what Black-led events/communities you’re a part of that you would like to amplify?

KG: Shout out to Power Up. It has really embodied that method of understanding that Black art is at an advantage from a creative aspect, but when it comes to leveraging that creativity there are lots of obstacles in the way. Having been a part of the first cohort, they’ve done so much even in the first year to remove obstacles through financial or professional resources, to help Black musicians and creators like myself thrive.

Elijah: Nia Archives just walked past me in the recording studio I'm in, so I’ll big her up! Shabaka Hutchings, his music, the way he uses his platform and Instagram. He tours quite heavy, his music is physical and there’s something in it that feels raw and tribal. And I guess an unusual big up is the skating community in London! Just giving good vibes, playing good music. That’s the closest community that I'm a part of that has dance or movement. I think a lot of Black British music from the last 5 years doesn’t really have dancing with it, which is weird and I kind of miss that about our music.