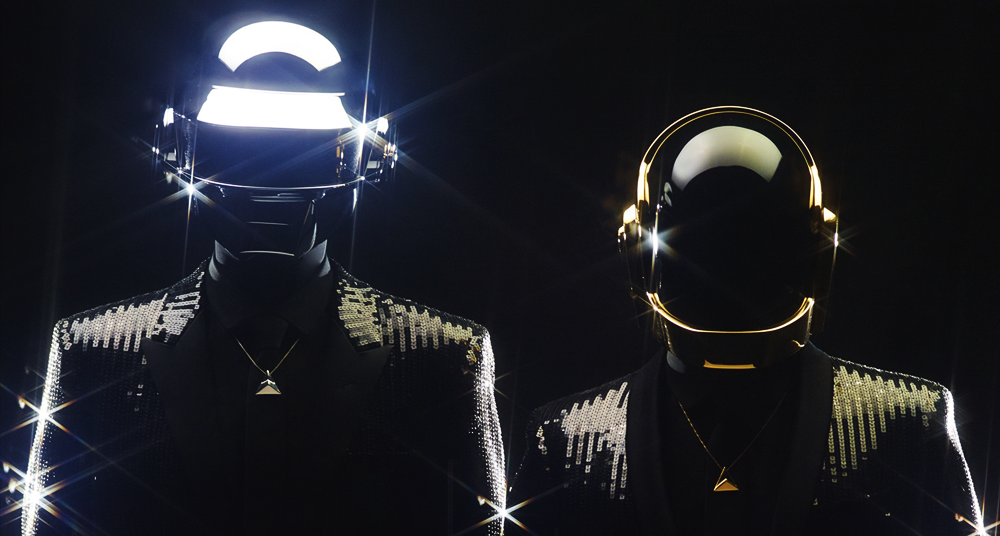 Author, activist and artist The Secret DJ on what happens when it’s time to say goodbye.

In the 1980s, my music biz mentor said to me ‘agree everything formally in advance, because it’s not ‘if’ you will have a falling-out in a band, it is when.’ Naturally, none of that happened and all of it happened. Right on cue as he had predicted. Essentially, the success of a tightrope walk is a ratio of length and duration. The longer the tottering walk, the more likely the wind will blow inconveniently hard at some point. All bands split. Always. Occasionally one or two will get back together. You don’t always hear about it, sometimes it happens every night, only to be restored again by lunchtime. It’s not an apocalypse. Just natural evolution.

The gist of the online discourse about the retirement of Daft Punk was, massively unsurprisingly, a 50/50 split between a polarisation of extremes. That seems to be who we currently are as a species. One half was doing a biblical wailing and gnashing of teeth and pulling at the hems of their robes, thwacking their faces with a plank and proclaiming the demise of their golden calf. The other was saying Daft Punk are rubbish and always were rubbish. And how can you possibly ‘retire’ if you’ve not done anything for seven years?

Naturally somewhere in the middle of this lunacy lies reality. There was, and so frequently is, a large generation gap in-play. I call this wide gaping space the sar-chasm. The youngsters shedding tears were predominantly American, or may as well be, and would be even more shocked to find out they weren’t actual robots. They had no clue of an earlier career as humans in Europe. They would really lose their shit if told Daft Punk were, on top of it all, French.

Conversely, the Balearic Silverbacks thought everything D.P did over the pond was a hideous sell-out and overreacted like we always do when we lose something beloved to commercial success. We cursed their name unto the heavens, their little robot descendants too, and salted the very earth they trod upon. So-far-so-typically crackers.

Thing is, I vividly remember splitting bands and being split from them. It’s not unlike the end of any relationship. Highly emotional, usually long overdue and likely to be fraught and divisive. And like any partnership, honeymoon periods end, routine starts to come into play, the fun can go out of it and outside pressures and internal politics can really stir the onion into the custard. If there is a ratio about the degree of success and money involved being directly proportional to the rise in paranoia and power plays, then that would be a very simple graph to depict.

'One of the two is usually quiet, studious and does a lot of the actual work. The other often extrovert, creative and bold. Together they make a whole person, formidable as the sum of its parts.'

Touring, then shuttered in studios, then touring, then doing all the publicity, then back again. It can really take its toll. For a very long time you are in each other’s pockets. My most significant split was also an electronic duo. For a reason that is probably very obvious, one of the two is usually quiet, studious and does a lot of the actual work. The other often extrovert, creative and bold. Together they make a whole person, formidable as the sum of its parts. The ‘backroom’ bod would spend many hours honing small details, the ‘frontman’ dealing with managers and agents and driving the thing forward.

Over time the frustration was so familiar. A bit like a marriage. One party refuses to participate outside of their ‘zone’. One refusing to deal with any of the biz side at all, while the other wasn’t allowed to touch the desk even if they wanted to, despite playing all the instruments. A polarisation would occur where the more passive one would become slowly ever-more laid-back until eventually almost comically dragging feet and refusing to participate. The other becoming more and more Napoleon-esque. Each forcing the other to extremes until it becomes almost comical. Behind the scenes, managers playing both off against each other. The tragedy at the dark heart of it being a genuine friendship, real love, going sour and eventually disappearing completely.

Some years later after we split, we met to talk about some work that was offered for the now defunct act. The other person was now solo with the management that had manipulated us. He’d been told naturally that he was the talent all along. I wasn’t needed. The first thing he said at the meet was ‘this time, I’m in charge.’ I was astounded. Mainly because I hadn’t realised I was ‘in charge’ last time. I assumed the management was. The very same management currently failing him, whom we later discovered had been constantly embezzling from us and all the others on the roster. I couldn’t even answer those weird words, as they said so much. In that sudden singularity of realisation I understood here was a re-writing of the entire history of our success and subsequent demise as my fault, and mine alone. When clearly it was far more complex, driven entirely by management, the same management he was still currently being fooled and exploited by. He’d clearly been ‘briefed’ about how the meeting was to go. A lot of very dark things clicked into place. All along that road, neither of us had been behind the wheel. A lot of things are happening behind the scenes that only makes sense many years later. And that was the end of it. Never saw or heard from him again. And I was not the only one, family and friends too were jettisoned. It was utterly heartbreaking. For a while we were brothers.

'I understand the online grief, but to me it feels like a meme more than genuine bereavement.'

It’s good to put Daft Punk’s split into perspective. There are artists, performers and bands who have not only had to endure COVID with nothing like the resources of a rich sexy robot, they have not merely lost everything but sometimes folks have died. Mourning is understandable when you have lost something you love, but perhaps it’s what psychologists would call ‘transference’, where we imprint real grief and genuine loss on something colourful and large and frankly, safe. Because the alternative is way too much. Too real. Too utterly massive to engage with. Perhaps our real grief lies elsewhere? Less shiny. Less famous. And far more deadly and fearsome.

So no, I don’t feel bad about Daft Punk. Even if things went sour, they parted ways healthy young multi-millionaires, with the inevitability of solo success very much on the cards. I understand the online grief, but to me it feels like a meme more than genuine bereavement. They did not die. They are very much alive, prosperous and artistically active. I met Thomas and Guy-Manuel at what to me was their peak in the late ‘90s. They were great. Full of life, confidence and ideas. I look forward greatly to seeing them again. As we are all sure to.

This is a guest editorial written by The Secret DJ. The opinions expressed are his own.
Features