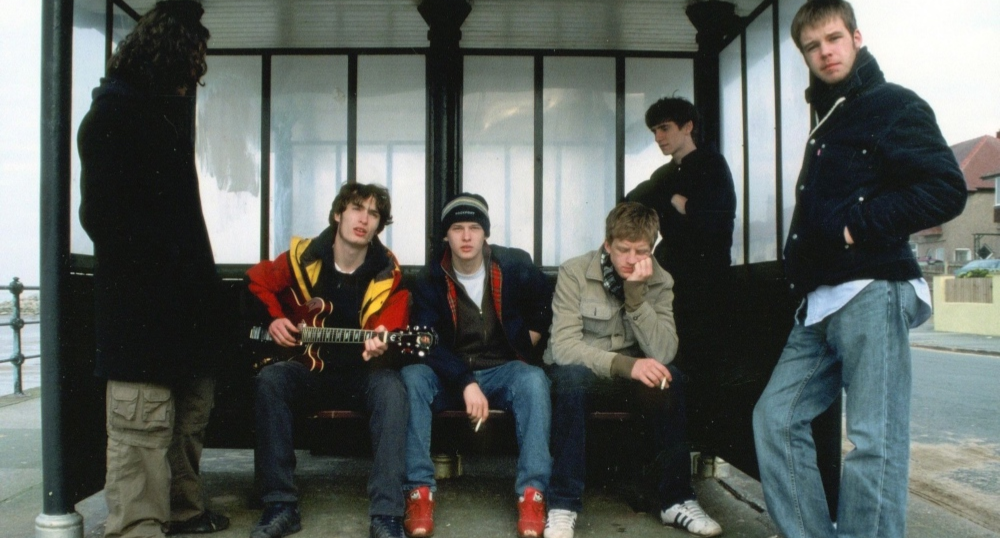 ‘The lunatics were running the asylum’: 20 years of The Coral

‘Sometimes you’ve gotta tell your own story, haven’t you?’ says James Skelly at one point during our chat — The Coral frontman making it more of a statement than a question. More than twenty years into a career that has seen his band travel the high seas from the Spanish Main to the calmer waters surrounding Coral Island, the upcoming 20th anniversary of the release of the bands’ self-titled debut is providing him with a rare opportunity to look back rather than forever seeking new horizons.

It is easy to say it with hindsight, but the musical landscape was very different when The Coral burst onto the scene in late 2001 with The Oldest Path EP. Having just arrived from across the sea in a transatlantic flurry, American bands like The Strokes and The White Stripes had ripped up the established rule book in a heartbeat. But despite the outlying chart success of bands like Black Rebel Motorcycle Club, British indie rock was still dominated by the likes of Coldplay and Stereophonics. ‘There were some great tunes on Urban Hymns or OK Computer, but after that everything just got mid-paced with a big drum sound,’ remembers James today. ‘All the bands had sort of transitioned to stadium rock, and we were a bit of a reaction against that really. It had almost gone into prog in the late ‘90s, songs would be like five minutes long. We wanted it to be angular and spiky. Then suddenly, you’ve got us, The Strokes, The Libertines, White Stripes, with faster two-and-a-half minute songs. A lot more energy and it all burst out at the same time, it was great to be part of it.’

‘All the bands had sort of transitioned to stadium rock, and we were a bit of a reaction against that really.'

Around the time that The Coral came out, NME produced a pie chart trying to establish all the different influences on the band. Needless to say, it got extremely convoluted extremely quickly. ‘I was living with my nan and my granddad and they had this old Reader’s Digest record box set from the ‘70s,’ says James. ‘It had Hawaiian music, Caribbean steel music, Russian ballroom music, all on vinyl. And if we were getting stoned or tripping or whatever, we’d put them on and you’d get them in your psyche — just soaked into it.’ With the band just as likely to be inspired by their own storytelling, tales of pirate adventures and Sherlock Holmes all poured into a thrillingly eclectic mix. ‘We wanted to take that spirit of playing games as a kid into music,’ he explains. ‘It just felt like everything had become a bit grown-up and boring.’

With everything they’d been immersed in, the band took on a residency at Liverpool’s famous Cavern Club — an experience that James remembers fondly, if not for the dietary side of things. ‘You’d play two shows, and on your lunch you’d go and have a sausage roll and a spliff,’ he laughs, ‘and then you’d come back and be so dehydrated by the last set. When you look back you’re like bloody hell, no wonder I had spots! Good times though.’ Thankful that he emerged at a time when you could make a mistake and not have it be career-ending, those times resulted in The Coral signing to Deltasonic and being placed in a studio with Ian Broudie of Lightning Seeds fame.

With the band let loose on what James describes as ‘his mad instruments,’ their imaginations ran riot. Not that he can remember much of it through the haze. ‘We’d just be upstairs getting stoned and watching MTV, playing pool and table tennis,’ he says, ‘then you’d have to go downstairs where Broudie was. I never wanted to go down though!’ Strictly enforcing a ‘three takes and done’ rule, James cackles about it now. ‘You’d make out that that’s just what you’ve gotta do, but really I just didn’t have that much of an attention span. I just wanted to go back upstairs! So Broudie would get three goes to get it, and that was the end of it. He just had to deal with whatever he got. Whatever it was, was what it was.’ That even extended to the end of the recording time. ‘One day Paul [Duffy, bass guitarist] wasn’t very well, so we were like ‘we’re going home now’. Ian was saying that we hadn’t finished, but I was just like, “Well we’ve got what we’ve got.” And that was it! We went home.’

'We thought the Mercury Awards were something to do with Freddie Mercury! We were hillbillies.’

He can laugh about it now. ‘We just had no idea of the actual mechanics of how it all works,’ he admits, ‘No idea about anything. We didn’t ever go to London, we never went and mixed in the industry. We didn’t know anyone and we didn’t even care, it wasn’t like us trying to be cool though. We just didn’t know any better. We thought the Mercury Awards were something to do with Freddie Mercury! We were hillbillies.’ I ask him if he misses those days. ‘Kipping in one of those beds with my back now? I don’t think so,’ he laughs. ‘Kind of, though. But I don’t really think like that. I did it and it was great. But then, I lived on a bus for ten years and I wouldn’t wanna do that again.’

That mad rush to get home nearly resulted in their biggest hit falling through the gaps however, with Dreaming Of You close to being left off altogether. In fact, it was only a chance occurrence that Broudie heard James playing it during the mixing session that pricked their ears up to the huge potential hit that it became. With the song initially dismissed by James as being ‘too poppy,’ both Broudie and Alan Wills — founder of Deltasonic — pushed for its inclusion. ‘You just get caught up in the concept over content don’t you?’ shrugs James, admitting that ‘It was perfect, and finished the album.’ It slotted in nicely amongst the chaos of tracks like Skeleton Key, a song that began life as a cross between a Captain Beefheart poem and a sea shanty — eventually becoming a firm fan favourite and classic chuck-your-pints moment live. Thanks to these and other huge tracks like Goodbye, The Coral were thrust suddenly out of their bubble and into the mainstream. ‘It was a bit weird to be honest,’ he states, ‘I remember us not understanding because we were so insular. It’s that kind of thing where I wish that I knew what I know now or whatever. You wish you could tell yourself something, to maybe enjoy it more or whatever. But to be honest, we were playing it and had already moved on to the next thing.’

‘There’s only one move, and that’s make the best album you’ve ever made.’

That next thing came fast, with follow-up Magic and Medicine released just one year later. ‘It was probably too fast, but that was just the way we were,’ he says. ‘The lunatics were running the asylum.’ The incredibly eccentric Nightfreak and the Sons of Becker followed just five months later. ‘You don’t release that if you really want it [the mainstream]. So it is what it is. My worst nightmare would be to be massive, and have people recognise me. I can’t think of anything worse; it would be horrendous!’ With this being the first point in his long career that he is ready to stop and look back, you can tell that he remains massively proud of what they achieved though. ‘It felt like we got slightly written out of that time a bit because we weren’t in the industry that much,’ he points out, ‘But then if you are like us and not bothered by it, then people aren’t going to bother with you. I feel like the press were all based in London, so if you look back then you’d probably think The Libertines were out before us. Not that they weren’t a great band, they were. But they were covering our songs while we were on the telly!’

With the success of last year’s Coral Island — their highest charting album since Magic & Medicine — James and The Coral now find themselves in the unenviable position of their future looking as bright as their past. Of course, plans are already afoot for the next chapter. ‘There’s only one move, and that’s make the best album you’ve ever made,’ he says, ‘or at least leave everything on the floor trying, you know? People like to escape, and to escape into that world of The Coral.’ He pauses for a moment before finishing. ‘I think sometimes, if you can do that for people, or if you can write a song that captures a moment of beauty, then in a way I feel it’s a duty to do it.’

To buy tickets to The Coral's 20th anniversary tour, head to the band's website.