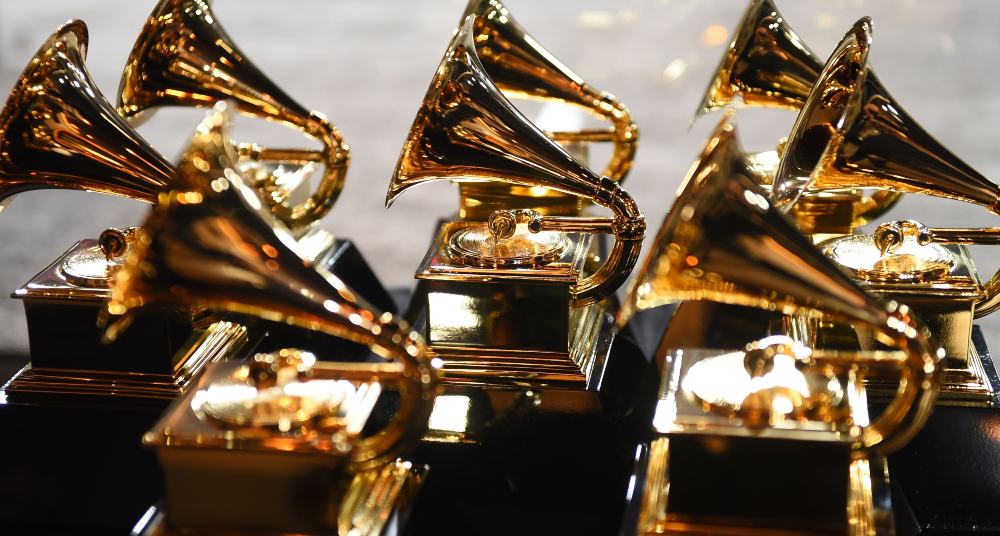 The Grammys: What does a Songwriter Of The Year award mean for the industry?

So, it turns out Songwriter Of The Year prizes at big televised awards ceremonies are like London buses: you wait years for one, then two turn up at once.

Yes, earlier this year, the BRIT Awards (established 1977) finally brought in a songwriter gong and, at the 2023 ceremony, America’s Grammy Awards – a fixture of the industry since 1959 – will even more belatedly follow suit. Better late than never, I guess.

Harvey Mason Jr, CEO of The Recording Academy, which runs the Grammys, admits the move is ‘overdue’ (‘I can’t even imagine why it didn’t happen before, I can just tell you that I’m excited it is happening’) but maintains it’s an important step to recognise ‘the building blocks of the music industry – everything is built on an amazing song.’

‘You’re seeing an energy and a real intentional focus on songwriters, not just through the Academy but within the industry.’

As a songwriter himself, Mason has proved a crucial advocate, assisted by the Academy’s new songwriters and composers wing, which proposed the new award. But the key question for songwriters is surely whether some long-awaited recognition on music’s self-styled ‘biggest night’ will lead to anything more significant than some extra baubles gathering dust on a select few songwriters’ mantelpieces.

Harvey Mason Jr believes it will.

‘You’re seeing an energy and a real intentional focus on songwriters, not just through the Academy but within the industry,’ he says. ‘The advocacy work that we’re doing in Washington DC around making sure people are fairly compensated; the attention to credits that is happening around songwriters… This is another example of shining a light on the importance of songwriters and great songs.’

Over on this side of the pond, where the Ivor Novello Awards have been honouring songwriters and composers since 1956, Ivors Academy Graham Davies agrees.

‘It’s the right direction of travel and talks to a wider industry point about recognising the importance of songwriters to the industry,’ he says. ‘The Ivors Academy is all about increasing the visibility, recognition and value of songwriters and their craft, so clearly anything that’s doing that is great news from our perspective.’

'...if you’re seeing a common denominator across a bunch of hit songs, then clearly there’s somebody that could be considered the Songwriter Of The Year.’

The inaugural BRIT was won by Ed Sheeran – who has written hits for the likes of Anne-Marie, Justin Bieber, Liam Payne and Westlife as well as himself – and the Grammys are determined its new award will go to a true songwriter, rather than a high-profile artist who happens to write their own tunes. Of the nine songs that can be submitted, nominees must be credited solely as a songwriter (so, not as a performer or producer) on at least five.

Graham Davies warns there is a danger this could prove ‘too prescriptive,’ but Mason Jr says the Grammys ‘wanted to make sure that we were honouring the actual people who are writing songs for a living.’

‘There are amazing songwriters that are also artists,’ he adds. ‘But they have other opportunities to be celebrated for their music. This is a way for us to shine a light on people who are professional songwriters at their core and for their craft. It’s really focused on people who wake up every day thinking, “How can I write the best song for an artist?”’

Finding that person may be tricky in the modern age, with current songwriting – particularly at the big hit end of the spectrum – a hugely collaborative pursuit. For example, one of the songs shortlisted for Song Of The Year at the 2022 Grammys – Justin Bieber’s Peaches – credits no fewer than 11 songwriters.

‘It does make it challenging,’ admits Mason Jr. ‘But, if you’re seeing a common denominator across a bunch of hit songs, then clearly there’s somebody that could be considered the Songwriter Of The Year.’

The Grammys says specialist topliners and lyricists will be treated the same as those rare 100 percent-ers in the judging process but, whoever picks up that golden gramophone in Los Angeles in January will be hoping it’s a first step to wider industry respect, rather than a destination in itself.

‘While it’s great to see better royalty rates and more award categories recognising our songwriters’ contributions, there’s a lot more work to be done when it comes to writers getting their just dues.’

Certainly, many on the publishing side of the business – who often have to play second fiddle to their colleagues in recorded music everywhere from awards ceremonies to streaming services – hope it speaks to a step-change in industry attitudes.

Hipgnosis founder Merck Mercuriadis has advocated for the writer Grammy for years, and says its arrival helps with his ‘ulterior motive’ to ‘change where the songwriter sits in the economic equation, and to acknowledge the role of the songwriter by changing the splits, and by, also, honouring the songwriter.’ And Ryan Press – Warner Chappell’s president, North America – is similarly encouraged.

‘While it’s great to see better royalty rates and more award categories recognising our songwriters’ contributions, there’s a lot more work to be done when it comes to writers getting their just dues,’ says Press. ‘It’s still a fight every day, but it’s promising to see that progress is being made.’

So Graham Davies sees songwriters’ higher profile as a boost to everything from the ‘Credits Due’ campaign, which aims to ensure labels provide DSPs with proper songwriting metadata, to the discussions about composition streaming rates going on at the UK’s DCMS and at the US Copyright Board (which recently confirmed songwriters and publishers streaming royalty must increase to 15.1 percent, from 11.4 percent).

‘We don’t put on the TV show so we can just dress up in tuxes and have parties. It’s to generate revenue so we can put that money back into the music community.'

‘There’s a noticeable alignment and engagement across the US and UK on these topics now,’ says Davies. ‘These are the steps which are moving the industry on.’

Of course, compared to the superstar artists cruising in their chauffeur-driven limos, too many songwriters still feel like they’re stuck in traffic on those London buses. But Harvey Mason Jr urges them to help with the push for more equality.

‘We welcome more songwriters and composers to join us and have a voice that will help us better represent them,’ he says. ‘Because that is our only agenda. I don’t want there to be any confusion: our goal is to look out for the interests of music people, period, end of story.

‘We don’t put on the TV show so we can just dress up in tuxes and have parties,’ he adds. ‘It’s to generate revenue so we can put that money back into the music community. So, if you’re a songwriter and you’re considering whether you should be involved, it’s a no brainer. Because it only helps the ecosystem that we all work in.’

Time then, surely, for songwriters everywhere to get on the bus.