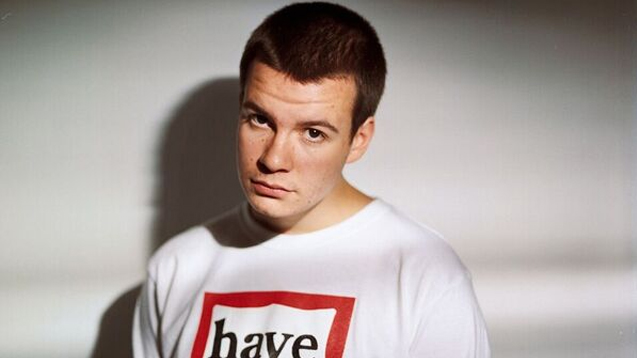 We asked some of the UK’s leading musical minds to tell us who they think is going to succeed in 2017. Stay ahead of the curve and have a tug into selections including Rhain, Dave and Metrik...

We asked some of the UK’s leading musical minds to tell us who they think is going to succeed in 2017. Stay ahead of the curve and have a listen below.

Rob Da Bank, DJ and Bestival co-founder
Rex Orange County
Not many 18-year-olds from Haslemere are on the 2017 tip lists so far, so I thought I’d add this young chap. Honest, down to earth, occasionally sweary, he makes jaunty ditties backed by brass, cheeky keyboards and catchy choruses. Search him out! @rexorangecounty

Gemma Samways, 7digital
Tkay Maidza
If any artist has the imagination, talent and energy to take 2017, it’s Tkay Maidza. Due in January, debut album Tkay is riotous smash-and-grab through hip-hop, pop and various dance subgenres, and posits the Australian MC/singer as the missing link between Missy Elliott, Arular-era M.I.A. and Charli XCX. @TKAYMAIDZA

Maxie Gedge, PRS for Music Foundation
RHAIN
I saw RHAIN at Swn Festival this year and her strange folk-pop was so captivating. Her songs are interesting and brilliant. The way she let her voice go and committed to the performance, alongside often minimal and delicate instrumentation, gave me actual physical goose bumps. @RHAINMUSIC

Harriet Wybor, classical account manager, PRS for Music
Freya Waley-Cohen
Freya’s music touches a wide audience with its adept instrumentation and open approach, and she always works with exciting collaborators including poets and architects. She holds an Open Space residency at Snape Maltings (formerly Aldeburgh Music) and is an Associate Composer of Nonclassical and Listenpony. @freyawaleycohen

Adenike Gboyega, MOBO
Santan Dave
The 18-year-old rapper has been gaining a substantial following throughout 2016. He’s already found a fan in Drake, with the hip-hop heavyweight dropping an official remix of his single Wanna Know. Dave’s also recently released the highly praised Six Paths EP, proving that his pure talent prevails over all else. @Santandave1

Pete Heywoode, RIP Records
Dead Pretties
This London trio’s debut single is released early in the new year and follows some properly raucous live shows in 2016. The first time I caught them was at The Old Blue Last, London, and despite only playing to a handful of people, they absolutely tore up the stage. Having already snapped up a publishing deal with Warner/Chappell, expect big things in 2017… @deadpretties

Kwame Kwaten, Cre8ing Vision/Ferocious Talent
Paradisia
This is the band I am tipping for success in 2017. Why? Because it’s their time. They are three women who sing and play folk influenced, harmony laden, groove soaked music. Their road has not been easy to travel – they’ve worked extremely hard on the gig circuit. But now they’re signed in Germany by a German record company and have great live agents setting out a stellar 2017 for them. Watch this space. @paradisiaband

Martel Ollerenshaw, Serious
Jules Buckley
In 2016, Jules won a Grammy Award for his work on Sylva with Snarky Puppy and the Metropole Orkest, and conducted three BBC Proms. Next year will be even bigger with projects with Anoushka Shankar, Pete Tong and the BBC Symphony Orchestra. @julesbuckley

Ash Howard, dance account manager, PRS for Music
Metrik
A name that will already be hugely familiar to drum & bass fans, synonymous with banging dancefloor tunes like Terminus and Freefall. However there are plenty of other examples like Electric Echo and We Got It where he matches impressive production skills to catchy melodies and songwriting prowess. @MetrikMusic

Bianca Mayhew, Take Note
Hito
This Japanese-born, Berlin-based DJ and producer adds a certain elegance and class to the techno scene, through hard work, a positive attitude and an innocent love of techno as a means of expression. @hitoloveberlin

While she continues to develop her profile through fashion collaborations and unknown artist projects, the love for her work continues to spread, as does my belief in her future.

Saquib B, GRM Daily
Kojo Funds
Kojo Funds will have a huge year. His song with Abra Cadabra Dun Talkin was amazing and has been shutting down clubs. He has the ability to make club tunes so that's what will help him blow I think. I'm also predicting big things for A2, Dis, Hardy Caprio, Terra, Mugun & Not3s. @KojoFunds