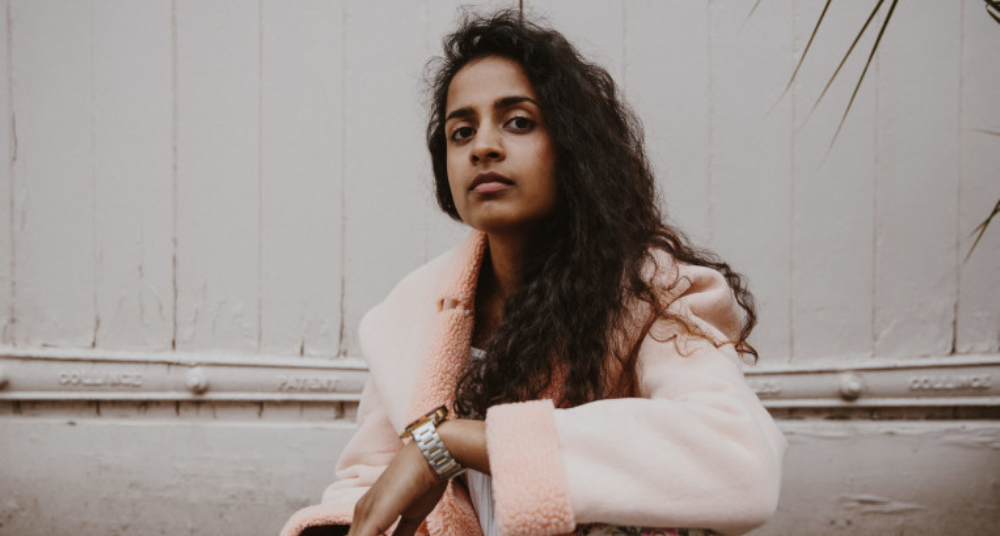 When words like ‘heritage’ and ‘culture’ find their way into conversations about music, audiences often expect to hear sounds that are deeply rooted in tradition, leaning unintentionally towards a stereotype.

With South Asian artists, audiences tend to expect music drawn from Indian classical, or genres like R&B for which influential artists like M.I.A. have set a precedent. However, the role of heritage in South Asian musical identity is far more expansive and intricate than it's given credit for. This South Asian Heritage Month (SAHM), several artists have joined forces to demonstrate how diverse the British Asian music scene can be.

'My heritage is reflected in my values and my upbringing has definitely influenced my musical journey, but if it’s about sounding “South Asian”, that’s not something that’s appeared in my music.’

One such event is a live streamed singer-songwriter circle conceptualised and curated by British-Tamil artist and producer, Navina. The Cambridge-raised artist, who grew up influenced by the music of Neil Diamond and Cat Stevens, explains that she always felt a disconnect with the British Asian community.

She explains, ‘I never had Indian traditions growing up and never felt part of my culture. My heritage is reflected in my values and my upbringing has definitely influenced my musical journey, but if it’s about sounding “South Asian”, that’s not something that’s appeared in my music.’

Navina’s South Asian Heritage Month event aims to drive representation in specific genres away from the common perception of what British Asian music sounds like.

‘South Asian artists are not as popular as other kinds of musicians so it was really cool to just see an event where I could showcase not only my music, but my heritage as well,’ says Soham De, one of the artists taking part in the singer-songwriter circle.

Heritage has felt like a minefield to navigate for the Delhi-born, UK-raised, artist whose traditional Indian upbringing and familial expectations contrasts with the culturally expressive Bollywood films that formed the basis of his childhood. Raised in a culture that appreciates music, yet rarely sees it as a viable career option, he says, ‘Rising South Asian artists often think about how there’s no one doing what they’re doing so these kinds of events can be inspiring to show them that they can do this, that they don’t have to be something or someone specific.’

One of Soham’s biggest goals is to establish that music can be ‘as valid as science, medicine or math.’ He says, ‘The process has been talking to my parents, understanding who I am, where I'm from, what I want to do and kind of pave the way for myself. I'm trying to break out of these traditional understandings that come as part of my heritage.’ Soham's parents often suggest incorporating things that represent his Indian heritage into his sound, but his approach is different.

Bringing up a sentiment that Navina also mentioned, Soham explains that embracing your heritage means giving yourself the freedom not to alter your sound just to fit a certain narrative. He explains, ‘I think my music is more than that. I don’t want my music to sound Indian or Western – I just want it to sound like myself. It’s completely honest and vulnerable, and something people can connect to.’

Award-winning British pianist and composer Rekesh Chauhan, another participant in the event, adds, ‘When people hear that I will perform Indian classical music, they instantly expect I am about to perform a recital on a sitar or veena. The moment I say it will be on the piano I often see an inquisitive face!’

‘More events to fuel representation would see people being picked, not based on where they're from or what you're used to hearing, but just how good they are and their music is.’

For Rekesh, who has established a sound that brings the 'best from both worlds,' combining his Indian heritage and upbringing in the west, and appealing to varied audiences, came easier than it did for Navina and Soham. He says, ‘I was trained in Indian classical music by my father and I also undertook training in Western classical music – simultaneously I was learning two different styles and approaches to music. Through combining different cultural styles I have found myself studying the history of the music I play and how the evolution of culture has had a vital role in the music.’

On the flip side, speaking of the pressures of being stereotyped Navina says, ‘Going on social media and seeing certain artists being able to appeal to a niche or audience of South Asian community puts some pressure on me – it makes me wonder if my sound doesn’t catch their attention.’

But Soham points out that events like these are helping to alleviate some of the insecurities borne out of stereotypes. On the key takeaways from the SAHM event, the 24-year-old musician says, ‘I’ve learned to be proud of my heritage. A lot of people shy away from it. So, I’ve learned to celebrate my heritage as well as other artists who are South Asian through events like this.’

Rekesh adds, ‘It is crucial that we continue to encourage artists to pursue their talents and I am delighted to see SAHM doing such excellent work at just that - showcasing a range of artists and empowering them to create. Equally SAHM has shown us that we must continue to explore our identities, encourage conversations and connect with those around us to all learn from each other.’

'Heritage in South Asian music is a two-pronged fork, split equally between inspiring others and drawing inspiration.'

Looking to the future, Rekesh says, ‘There is so much brilliant talent out there and we absolutely must continue to celebrate and recognise this. Continued representation at all venues from diverse backgrounds is important and helps us understand the society we live in today.’

On the same topic, Soham elaborates, ‘More events to fuel representation would see people being picked, not based on where they're from or what you're used to hearing, but just how good they are and their music is.’

Whether it's Rekesh’s suggestion of drawing from the success stories of influential artists such as Nitin Sawhney, Talvin Singh and Alpesh Chauhan, or Soham’s intention to use his own experiences as a way of encouraging other South Asian creatives to pick up instrument, the message is clear: a career in music is viable for people from this ethnic background.

Heritage in South Asian music is a two-pronged fork, split equally between inspiring others and drawing inspiration. Today, we have more than we’d had before where representation is concerned, but with more instances celebrating South Asian identity in music we will see more people realise the extent of what’s possible when heritage is truly embraced.