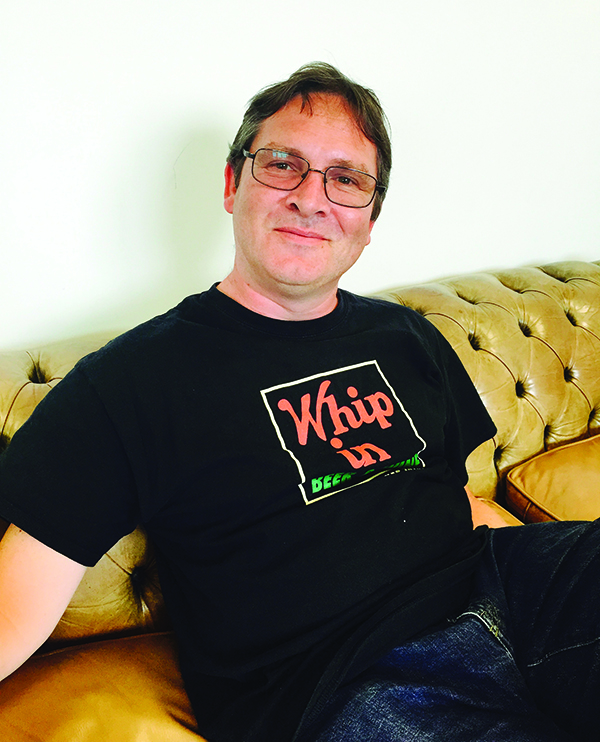 Paul Lambden, director of Domino Publishing, reveals the songs that have shaped his life so far, from the first record he ever bought to the songs that always make him dance...

Paul Lambden is Director of Domino Publishing, a company he founded with Domino Records chief Laurence Bell 10 years ago. The company has offices in London, New York, LA and Paris, and looks after more than 50,000 songs. Paul’s roster covers several in-demand catalogues from the seventies and eighties, including works by Jesus & Mary Chain, Siouxsie & the Banshees, Stereolab, Spritualized, The Lemonheads and Arthur Russell.

The publisher also represents new artist/writers from the UK and US such as Dev Hynes (Blood Orange), David Longstreth (Dirty Projectors) and Matt Sweeney (Jake Bugg). Recent additions to the family include Kate Tempest, Fat White Family, Parquet Courts, Planningtorock and Farao. In the latest issue of M magazine, we asked him to reveal some of the songs that have changed his life... (scroll down to tune in via Spotify)

The first music I remember hearing was…
Space Oddity by David Bowie and tunes from The Partridge Family, Donny Osmond and Pink Floyd. All from my big sister – she is a lot older than me and I although I wanted to hate what I saw as her music, I ended up loving most of it. Maybe not Donny.

The first record I bought was…
Chanson D’Amour by Manhattan Transfer but that was with my mum’s money so I don’t think that really counts. So it would have been Vienna by Ultravox and Fade to Grey by Visage. I bought them with my pocket money on the same day from International Stores in Aldershot.

The last great record I listened to was…
Shadow of the Sun by Moon Duo. Their motorik garage psych vibe gets me grooving every time.

The song I wish I’d written is…
Yesterday by Lennon and McCartney. Then I could own that beach in Malibu!

The song that makes me want to dance is…
At the moment I would have to say it’s a toss-up between Antmusic by Adam & the Ants and The Chosen Few by The Dooleys. I played both at a party the other day and the place went nuts.

The song that makes me cry is…
Kate Bush The Kick Inside.

The song that I know all the words to is…
Most songs by Siouxsie & the Banshees and The Cure released before 1983! I studied the lyric sheets to their albums in great detail. They didn’t really make much sense to my teenage mind but the words sounded so interesting, mysterious and exciting.

The song I want played at my funeral is…
If anything were to be played it should be Papa’s Got a Brand New Pigbag by Pigbag, because it would go down well with my mates and my family.