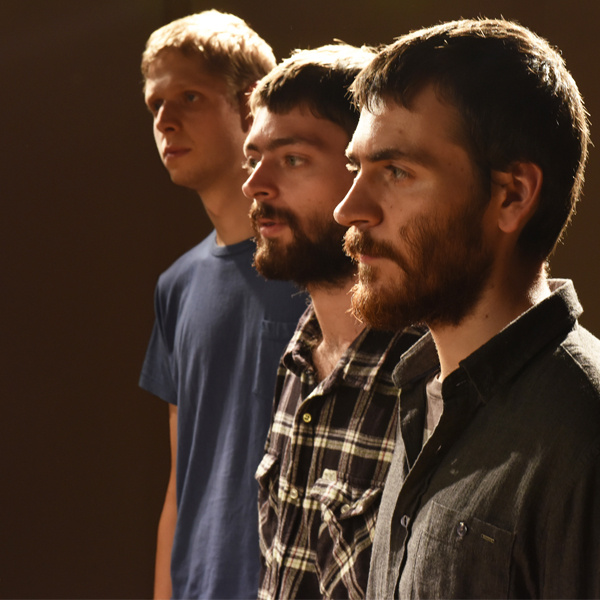 Welcome to this week's playlist, curated by the brilliantly named Mammal Hands. Dig into an eclectic selection from the jazz trio including The Band, Polar Bear and John Coltrane...

Welcome to this week's playlist, curated by the brilliantly named Mammal Hands.

The band are Nick Smart (keyboards), Jesse Barrett (drums, percussion) and Jordan Smart (saxophone), a trio of like-minded musicians whose passion for out-there sounds sees them quaffing influences as diverse as Steve Reich and Pharoah Sanders to Bonobo and Flying Lotus.

The first music I remember hearing was…
Mr Tambourine Man by Bob Dylan. Our dad used to play a lot of Dylan to us when we were really young.

The first record I ever bought was…
Evelyn Glennie's album Wind In The Bamboo Grove. It was so mysterious and exiting sounding to me, and I still find it really inspiring.

The last great record I listened to was…
It's really tough to pick one but I'm currently really enjoying Eric Harland's new album Vipassana. I love the way he approaches music and life and this album feels really personal to him.

The song I wish I’d written is…
I think it would have to be the Polar Bear tune King of Aberdeen from their 2005 album Held On The Tips of Fingers. It’s such a beautifully soulful, flowing, vivid tune and it seems to do this in such an effortless way.

The song that makes me want to dance is…
Release by Melt Yourself Down. Psychedelic afrobeat with Shabaka Hutchings and Pete Wareham on sax. You really can’t go wrong.

The song that makes me want to cry is…
Ihasa de Sala’s Soon This Space Will Be Too Small. If you listen to the version with the explanation of her father’s idea that inspired the song, it makes for a very haunting track.

The song I know all the words to is...
The Night they Drove Old Dixie Down by The Band. We’re all big fans of The Band and this one is a favourite for us all.

The song I want played at my funeral is…
Alabama by John Coltrane or something by classical composer Arvo Pärt.