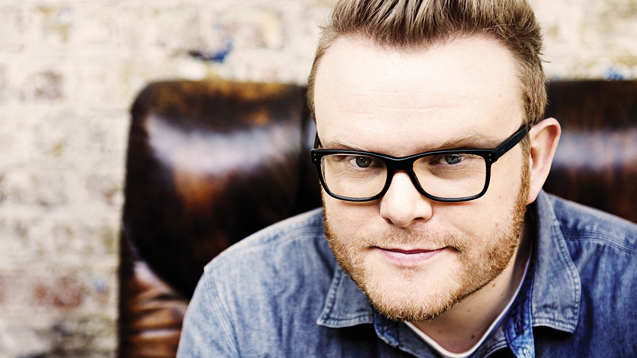 We've handed over the playlist reigns to DJ Huw Stephens. He reveals the songs that make him laugh, cry, dance and sing along. Expect some classics plus a few curve balls...

Huw Stephens, 35, is a trusted tastemaker, broadcaster and curator. Joining the BBC aged just 17, he’s since gone on to build a career out of his uncanny knack for unearthing originality and spark.

Now at the centre of the BBC Introducing initiative, he helms the In New Music We Trust and BBC Introducing radio shows on BBC Radio 1 and also runs a regular slot on Radio Cymru. A restless entertainer, he supplements his busy DJing diary compering at gigs and clubs, and over the last few years he’s hosted and curated stages at most of the bigger UK festivals.

Not content with his integral role in British broadcasting, Huw co-founded Cardiff’s Swn Festival back in 2007. What tentatively began as one of the UK’s first inner city festivals has since blossomed into a national beacon for both new Welsh music and upcoming acts from around the UK.

We caught up with him at SXSW, Texas, where he was curating this year’s PRS for Music showcase, to learn more about the soundtrack to his life…

The first music I remember hearing was…
S4C theme tunes for kids’ television shows in Welsh. There was a song called Ffalabalam from the eighties’ show of the same name, which went ffalabalam balwm balam bale. That’s still one of my favourite pieces of music.

The last great record I listened to was…
The Tame Impala album Currents, the first Sulk record and the First Aid Kit album The Lion’s Roar. Those are the three that have been big favourites of mine over the last couple of years.

The song I wish I’d written is…
Bohemian Rhapsody by Queen, just because it’s amazing isn’t it? There’s nothing quite like it. To break that down and learn how to do something like that would be brilliant.

The song that makes me laugh is…
Again, it’s got to be Bohemian Rhapsody by Queen – because it’s brilliant and ridiculous!

The first record I bought was…
Actual record? That would’ve been Basement Jaxx’s Red Alert. Previous to that it was cassettes in Asda and CD singles from HMV.

The song that makes me want to dance is…
Anything playing at a wedding.

The only song that I know all the words to is…
Datblygu’s Can I Gymru.

The song I want played at my funeral…
I don’t mind really.

Huw Stephens is a PRS for Music Foundation ambassador.