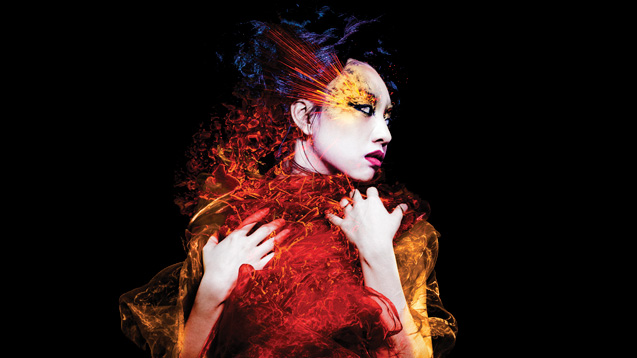 Fifi Rong takes her musical cues from R&B, classic pop, out-there electronics and her Chinese heritage. On our recent Soho Radio show, we asked her to pick the songs that have soundtracked her life...

As a producer, vocalist and songwriter, few channel the same musical intimacy as Fifi Rong. Born in China, now based in London, her music is a hybrid of bass-heavy soundscapes and her Chinese heritage, topped off with a show-stopping voice.

Fifi has collaborated with the likes of Tricky, pioneering electronic heroes Yello and lent her seductive vocals to grime artist Skepta’s Mercury Prize-winning album Konnichiwa. She played SXSW this year thanks to support from the PRS Foundation and has a debut album due in 2017.

The first music I remember hearing was…
Mum singing Wine and Coffee by Teresa Teng. She used this as a lullaby to get me to sleep.

The first record I ever bought was…
Naked by Zheng Jun. It’s an early influence which I perceive as Chinese but actually sounds quite American.

The last great record I listened to was…
Villagers’ Memoir. I saw him live and was in love with the great songwriting and performance. It’s like a good massage, it gets me right there.

The song I wish I’d written is…
Glory and Gore by Lorde. I love her writing style, it’s so effortless. All her songs come from a very pure place.

The song that makes me cry is…
Ain’t Got No, I Got Life by Nina Simone. Sometimes you cry because you’re sad but this one makes you feel strong.

The song that makes me want to dance is…
DJ Narrows’ Saved Soul. He is one of the founders of UK garage and started me out on my production path. If he hadn’t pushed me, I wouldn’t be here.

The song that I know all the words to is…
James Blake’s I Never Learnt To Share. I’m a big fan. I could go on forever about his production and musical ideas. He’s revolutionary and a whole generation has followed in his footsteps.

The song I want played at my funeral is…
I chose my own song Time. It was the first thing that came into my head. I remember I made it in one day. It’s not sad, more dreamy and groovy. I’m really proud of it.

Fifi was a recent guest on our monthly Soho Radio show - listen here.