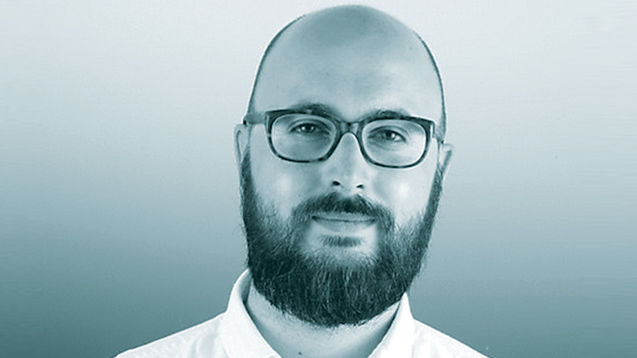 For our latest playlist, Concord Music's senior A&R manager Ed Poston lets us in on the songs that have shaped him. Expect a mixed bag of goodies from Nick Cave, Cardi B, Paul Simon and more...

Before Concord, Ed led A&R and publishing for Glassnote in the UK, working with artists such as Aurora, James Hersey and Tor Miller, and songwriters including Jonny Wright and O. Martin. In 2009, Ed founded the widely used A&R tipping website, The Live List, and he has also worked in various other fields such as tour management, promotion and TV plugging.

My first record was Green Day’s Dookie, however I definitely didn’t buy it. It was stolen from my big sister, followed by a whole raft of cassette tapes from the music library conveniently located in the room next to mine. Thanks Anna!

The first record I ever officially bought with my own money was The Score by Fugees. I heard Killing Me Softly through other kids at school and was taken by Lauren Hill’s incredible vocal.

The first song I developed an obsession for was…

The Obvious Child by Paul Simon. I was very young at the time, but when my dad bought that record, something clicked in me. I still know every beat of that drum part, and it definitely led to me being very rhythm-focused in my tastes and taking up the drums.

Isaac Hayes’ version of Walk On By; it still gives me chills every time I listen to it. It’s incredible! It almost seems unfair to call it a cover, because although the Hal David lyrics and Burt Bacharach melody remain, Hayes made it completely his own. It’s impossible not to swell with emotion the moment the strings whirl in to life and that laid-back beat starts rolling.

Memphis Industries released a track years ago by Hooray for Earth called No Love. I was OBSESSED with that track and was convinced it should have been bigger than it was. Another track I thought deserved more attention was Kiss the Sky by Shawn Lee’s Ping Pong Orchestra.

I adore the energy of the Cardi B album Invasion of Privacy. It feels like a return to the quality of hip-hop that I love; big beats and hooks with cutting, on-point lyrics. Also, Jon Hopkins’ Singularity. He brings such emotion to electronic music, you feel everything with no lyrics. He is a master.

One of my all-time favourite songwriters is Bill Withers. I think his songs are as close to perfect as are humanly possible; accessible, emotional, memorable and unexpected. One of my favourites is Ain’t No Sunshine. It really embodies his writing style and I love the story behind it as well.

Into My Arms by Nick Cave and the Bad Seeds makes me swell with emotion every time, and I often tear up when listening to it. It feels so real and personal while still managing to be profound and grand.

Way too many to list, and often it’s the songs I didn’t even realise I knew - it’s funny how the brain works. Everyone knows and loves Bonnie Tyler’s Total Eclipse of the Heart, whether they openly admit it or not.

Oof, this is a toughie. Up until this year I would have always said Trainspotting. However… wow… Black Panther. The score by Ludwig Goransson is incredible and immersive, and Kendrick Lamar’s original songs, inspired by the film, are a knock-out too.