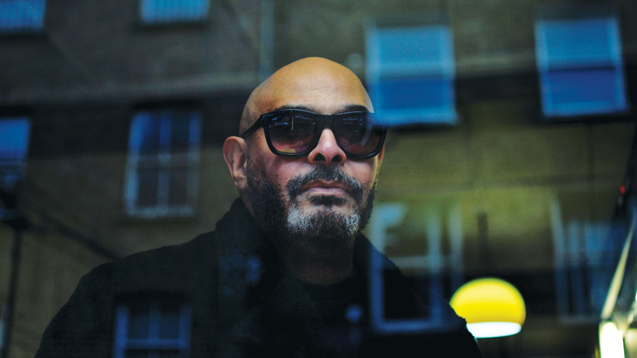 Music-maker, photographer and film-maker Barry Adamson talks us through the songs that have soundtracked his life, with Beach Boys, 21 Savage, Elvis and John Barry...

As a music-maker, photographer and film-maker, Barry Adamson is notorious for being one of contemporary culture’s continual radicals. Beginning his musical career as bassist in Mancunian punks Magazine, then with Nick Cave and the Bad Seeds, he broadened his aural aesthetic to include solo work and film scores.

His musical life has popped with leftfield highlights including debut solo record Moss Side Story and Mercury Prize nominated Soul Murder while his songs have featured in cult movies including Lost Highway and Natural Born Killers. Barry’s latest EP Love Sick Dick is out now via Central Control.

The first record I ever bought was…
Good Vibrations by The Beach Boys. I heard it on the radio when I was about 10. It was so psychedelic I wanted to try and understand it, so bought it under the guise of getting it my sister as a birthday present. I had to listen to the song about 900 times to try to figure it out.

The first song I developed an obsession for was…
Elvis Presley’s mesmerising Now or Never. He’s doing this ballad, pleading to someone. It’s about the nature of obsession itself and, with the backing vocals, the reverb, it set my little brain on fire. My parents watched me listening to it over and over. There are some claves that feature so my dad got me a pair and I used to sit there, playing them all day. Not that I’m obsessive myself.

My favourite cover version is…
Led Zeppelin’s Dazed and Confused. Jimmy Page heard the original [by Jake Holmes] who was opening for The Yardbirds. They took the song’s essence, then went somewhere else. When the whole band takes off, it’s fantastic.

The song that should’ve been a hit but never made it is…
Lauren Pritchard’s When the Night Kills the Day. This could have potentially been a great commercial pop song and it comes from a pop production ear. Occasionally I go into a mode where I listen to everything in this sort of way. This song has a great hook, then I saw it was produced by Marcus Mumford, but I think it barely even charted.

The last great record I listened to was…
21 Savage’s No Heart. It’s hip-hop from Atlanta that one of my kids played to me. There’s an electronic drum machine in it that’s really slowed down. The bass is part of that, plus it features the most psychopathic lyrics ever about the way this person lives. The tension and strange release that goes through him voicing what is going on is something else.

The song I wish I’d written is…
John Barry’s James Bond Theme. I once did a cover of this in a reggae/ska style after I’d heard a controversial story about the guy who wrote it, Monty Norman. I was quite vocal about this at the time of my cover and it all kicked off.

The song that makes me cry is…
Roberta Flack’s The First Time Ever I Saw Your Face. Originally written by political songwriter Ewan MacColl, there’s just something in the arrangement and vocal delivery. This song get me every time.

The song that I know all the words to is…
Isaac Hayes’ Theme From Shaft. It’s only got a few words but the ones that are there are fantastic.

My all-time favourite film soundtrack is…
Bernard Herrmann’s Vertigo. It does everything that can be asked of a score, it’s so brilliantly clever by getting inside the psychology of the film, the story, the characterisations and making them into these cohesive themes. I loved Bernard Herrmann too, he will write something so amazing, be up for an Oscar, be asked about what he’ll be doing the next day and he’ll answer. ‘Just playing the piano’. It’s no big deal, the work is the thing. I’ve done the odd lecture on this score it’s so fascinating. I’ve always got time to listen to it.

Read our recent interview with Barry.