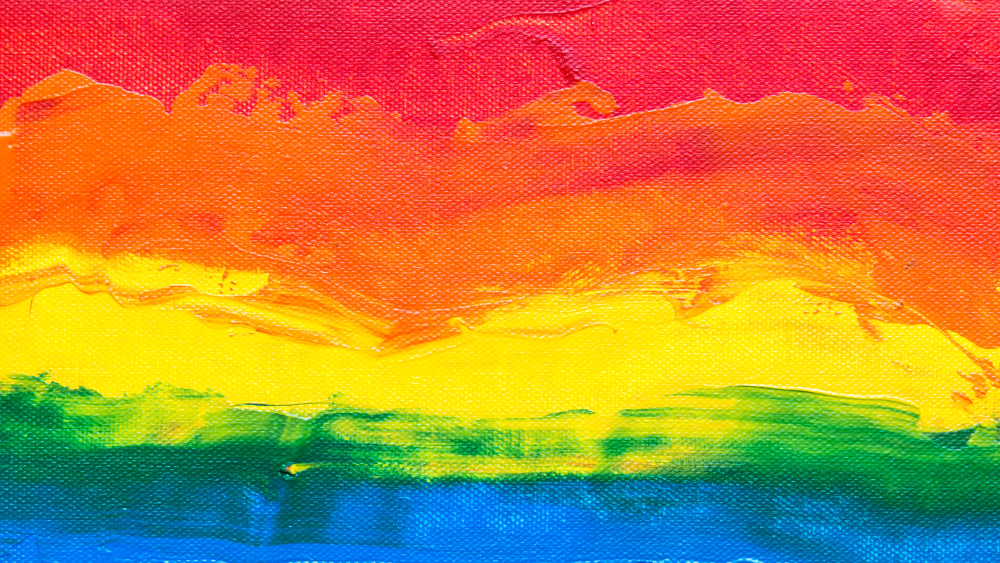 Capturing the essence of a community: Sound and Music’s LGBTQ+ Composers Open Call

Bekki Bemrose speaks to the team behind Sound and Music’s LGBTQ+ Composers Open Call and the recipients of the grants about the complexities around representation, issues surrounding diversity and the importance of safe spaces.

‘How do you do labels? How do you do representation? What counts as queer today?’ ponders Sophie Marie Niang. Sophie is part of the Queer World Making Collective along with her friend and composer Ruari Paterson-Achenbach. As one of the four successful applicants of the open call, the collaborators are grateful for the opportunity while remaining highly curious about how it all fits into the discourse surrounding queer people and the wider community within the music industry.

The Open Call, which offers four grants of £500, is part of a larger programme initiated by Sound and Music that has been housed on the British Music Collection to mark LGBTQ+ History Month. The discovery platform for new music in the UK is closely related to the physical collection, which is housed at the University of Huddersfield’s archive centre, Heritage Quay.

Sound and Music was created to support the production of new music, and diversity is at the core of its work. And while the British Music Collection is undoubtedly fascinating, there was a feeling that its representation of British music history was a little myopic, re. one that is predominantly white and male.

With regards to this specific project, Sound and Music’s creative project leader, Heather Blair, expands: 'we wanted to make sure that this body of work was balanced in terms of identities and experiences; that themes and areas of focus were far reaching and that they demonstrated a breadth of musical styles and compositional approaches.’

‘So much damage has already been done to an extent where people feel so isolated and individualised that art in any abstract form has become a competition. Even in the act of us applying for something and getting it means that someone else has not.’

The fact that 70 percent of composers who applied were based outside London and a further 40 percent self-identified as non-binary or gender-diverse, indicates the organisation’s efforts have been worthwhile.

Musically, the scheme has also found in its recipients a truly diverse spectrum, as Heather enthusiastically notes: ‘Lunatraktors will be making a duet composition for two overtone singers and body percussionists; Ellie Showering who usually composes for theatre, will be composing a choral work that they are calling a Mass for the Masses. Ruari and Sophie are creating a sonic manifesto that articulates new ways for in-collective sound-making, while Precious Oni is making a new piece that takes in neo-soul, alternative, jazz afro and RnB influences.’

Heather goes on to explain that there was no strict brief for the pieces, or for the works to specifically speak to queerness. So, while some composers identified as LGBTQ+, it didn’t tend to be incorporated into their art; yet others chose to celebrate queer histories, sound and stories though their work 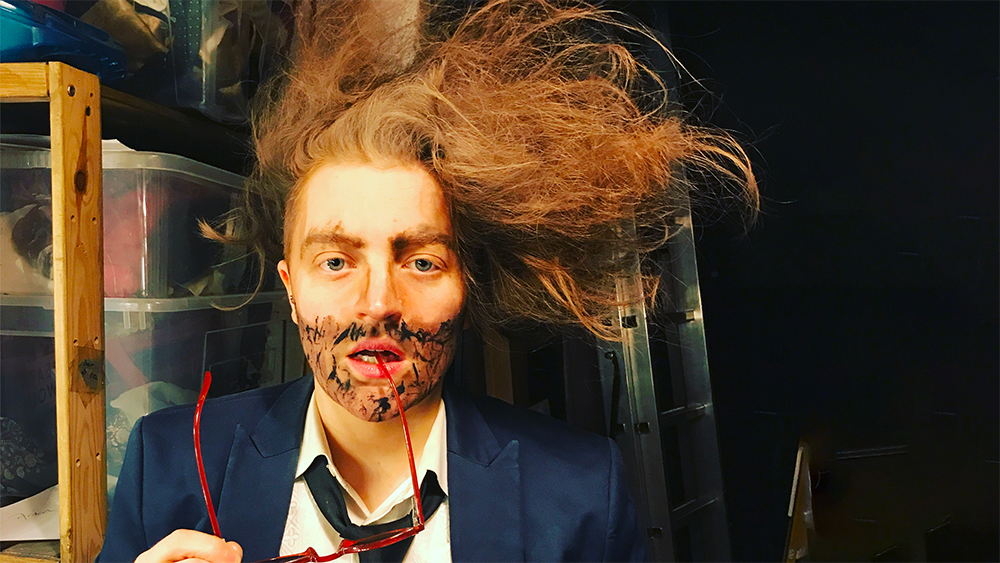 ‘I immediately thought I would like to do it collaboratively because that’s how I enjoy making stuff, and also if I can give people any money then I will do it,’ laughs Ruari.

They add: ‘I find collaboration is the only way I can work that makes me feel really nourished or like I’ve achieved something, because things can only come alive when they’re between people.’

Sophie and Ruari’s collaboration is a fine example of the breadth of approaches the programme has encouraged. Although Ruari is a seasoned composer and performer, Sophie’s background is largely academic, and it’s a position she is certainly comfortable with.

'This is going to sound very childlike, but I’m not ashamed of that, I don’t know how it’s going to sound and then I try a new pedal. I try something and it works and it creates something new entirely. I love that. I think collaboration, for me, is really about realising how much we all know. Once we share the basic skills, how much power there is in each person’s background and in your musical memories,’ she muses.

For her part, Precious was also thankful for the freedom to create as she sees fit: ‘When I heard I got the grant I was like, 'oh my gosh lets see what their sound is like.” And it was very different from mine. But then I spoke to the team and they explained that it’s actually it’s anything that you resonate with and I was like, 'wow!' Because my music is quite outlandish, it’s quite a new sound, so it was nice to have that opportunity to express it on such a well-regarded platform.’ 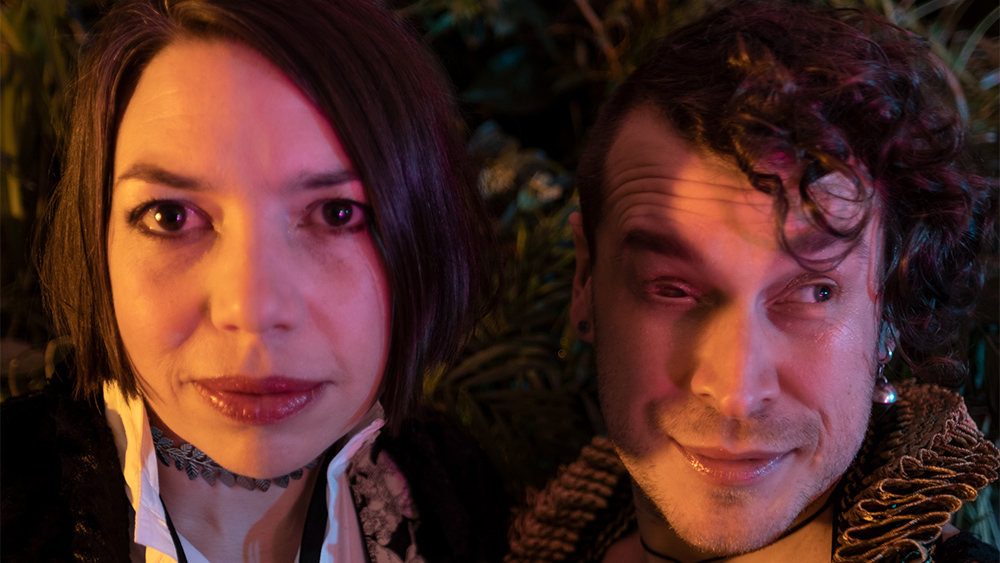 In terms of which themes and concepts the creators are set to pursue, it seems the finished products will be as wonderfully diverse as everyone involved might have hoped.

‘The project’s about everything really, like coming to an acceptance of being LGBTQ+. And even though I’m quite bold and quite proud, there are still inner pains of not being accepted. This project is allowing me to voice parts that not a lot of people get to see,’ Precious offers.

And while her piece might come from a place of individual experience she also has her eye on the wider community, as she explains: ‘I’m really happy to share that with the world. It’s so, healing. I do make music that’s just fun but potentially being able to help someone else heal and be at one with themselves is what’s really doing it for me to be honest.’

With a musical manifesto and a personal exploration already forming two out of the four compositions, the scheme is already championing a, albeit small, range of experience. It’s a point that Heather is keen to impress: ‘Like all communities this is not a homogenous group, there is a huge breadth of distinct musical voices, styles and sounds which is continuously evolving.’

Trying to capture the essence of a constantly developing community is no mean feat and a premise that Sophie is distinctly aware of. 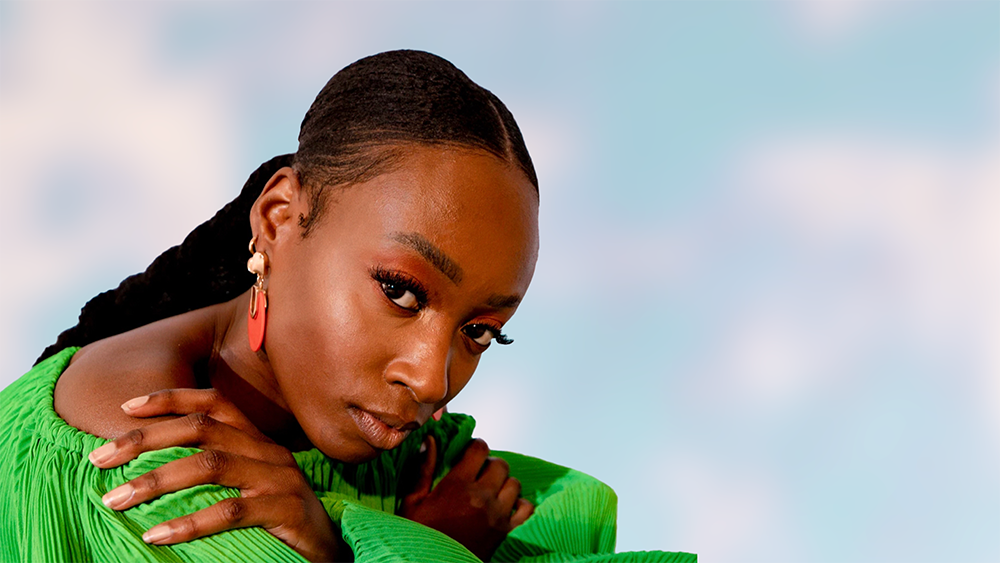 ‘Obviously, queer sound has been erased throughout time. But also music is a space where a lot of people were queer and it was not fully recognised and not fully erased. This messiness is something that archives can get rid of because that’s how you make sense of the world. So what I think personally, is that trying to preserve some of that messiness within archives is important and really difficult,’ she says.

Precious goes on to highlight how tokenism can sometimes tarnish contemporary queer representation: ‘We have progressed and I have to give us credit for that. Although I do think that sometimes it can feel like an add-on to look good. That’s what a lot of people in the community feel any way.’

'Queerness has historically been a radicalised identity and often culture - be it music, art or film - has supported the redress of a heteronormative society.'

Dig just below the surface of any dialogue around queerness, representation and diversity and the complexities of the conversation leaps out.

Ruari expands the issue of diversity beyond what that means for LBGTQ+ people, saying: ‘I think there’s maybe much more important conversations and difficult things to be worked through in regards to class and affluence and race, that have actually been much more historically exclusive to people than necessarily just being gay, for example. Because one of those things is very easily hidden and disguised, but sometimes you can’t hide yourself.’

‘What you pointed out that there was interesting: that white, gay, CIS men, rich men will fit in - not to say that life has always been easy for gay men, that’s not what I’m saying - but if you have a platform for LGBTQ+ artists, historically the black trans women in there will have had a much harder time than the white, gay composer,’ adds Sophie.

She continues: ‘The thing that people have been talking about more and more recently is that your identity doesn’t make you radical. I mean Priti Patel is not white and she’s a woman, so…’

Queerness has historically been a radicalised identity and often culture - be it music, art or film - has supported the redress of a heteronormative society. Yet with arts education resting in the cross hairs of government cuts, what will it mean for marginalised communities?

'Music creators need physical space, they need headspace, but perhaps more than that, they must also take up the space that they have been so often denied.'

Sophie explains that she doesn’t fetishise the arts, in the sense that they can save the world, but faced with cuts says, ‘it does mean that it’s going to become more and more exclusionary. That you won’t have people that don’t have access to the arts getting in to it and you will have less people living off it than you have today. A handful of people live off artistic practise. I think it’s criminal.’

‘So much damage has already been done to an extent where people feel so isolated and individualised that art in any abstract form has become a competition. Even in the act of us applying for something and getting it means that someone else has not,’ adds Ruari. 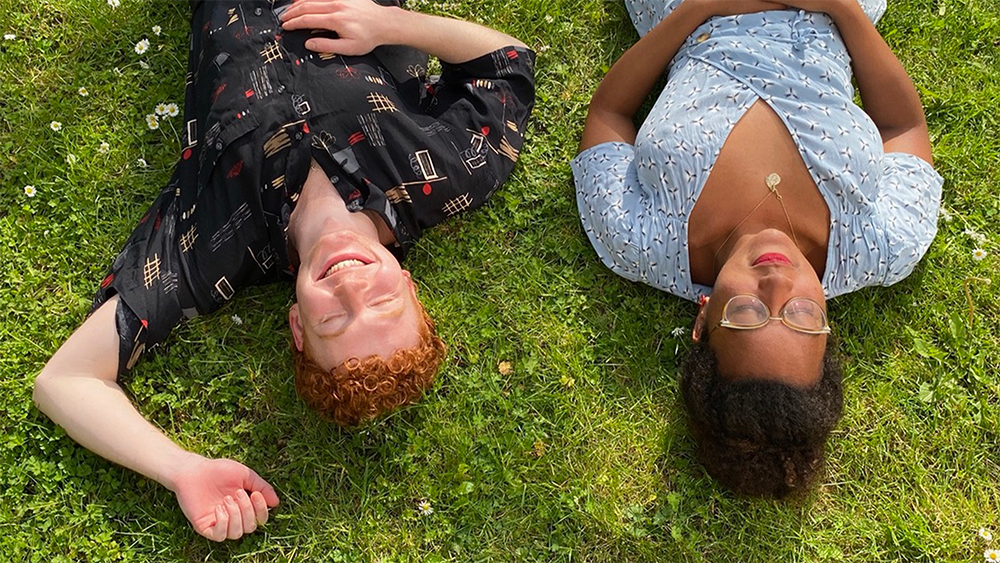 Meanwhile, Precious considered its meaning for the LGBTQ+ community: ‘You’ll see a lot of LGBTQ+ people are really creative and that’s how they express themselves. It’s how they get themselves out of trouble. So to have funding cut in half, I mean, if we’re already struggling…’ For now, at least, the four recipients of the Sound and Music LGBTQ+ grants can create unencumbered. ‘We want the winners to feel supported and celebrated, we want to create a space for those who need to make work after what has been quite a horrendous year for composers and music-creators across the board,’ says Heather.

This is a point not lost on Ruari who also acknowledges, ‘that any space we carve out is temporary or fleeting. If we have a chance or an excuse given to us by a little bit of money, or a little bit of time, or a space where something can be made it’s almost as if we can take that and run away with it as much as possible.’ It appears that space, as a concept, is a key factor in allowing LGBTQ+ people and other marginalised communities to flourish. Music creators need physical space, they need headspace, but perhaps more than that, they must also take up the space that they have been so often denied.

The winners of the LGBTQ+ Composers Open Call were announced today. Find out more on the British Music Collection website.