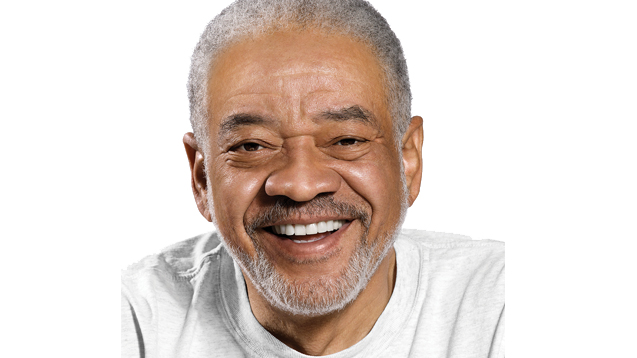 Bill Withers is behind some of pop’s most eternal moments, yet he walked out of the industry 30 years ago. Jim Ottewill meets the songwriter who chose to leave show business to let his hits do the talking…

As penner of Lean On Me and Ain’t No Sunshine, Bill Withers is behind some of pop’s most eternal moments, yet he walked out of the industry more than 30 years ago. Jim Ottewill gets a rare meeting with a songwriter who chose to leave show business and let his hits do the talking…

‘Now I know. When there’s a joke with you in it, you’ve made it,’ winks Bill Withers. The legendary songwriter is responding to a question about how best to turn a duck into a soul singer. Answer? Put it in a microwave until its Bill Withers. Obviously.

He’s heard this one before, but the revered songwriter was treated to a first in May when he received the PRS for Music Special International Award from George Clinton at the Ivor Novello Awards. It followed his 2015 induction into the Rock and Roll Hall of Fame and sparked a mischievous, yet macabre train of thought.

‘I said to my daughter I must be in the “running out of time” line. It’s coming up to my time to die,’ he laughs.

‘But it’s nice really,’ he continues in his Virginian drawl. ‘It’s just that time of life for me. You’ve got two choices: you’re either meaningless or meaningful. So it’s reassuring to know you had some impact while you were here.’

At almost 80, Bill may be a modest music industry veteran but he has little to worry about when it comes to his legacy. While his music business dealings ended in the mid-eighties after the release of final album Watching You, Watching Me, his creations are as alive now as when they were first released.

It’s unsurprising, really. Ain’t No Sunshine, Lean On Me, Just The Two Of Us… they’re staples in films, radio, TV, adverts, weddings. They continue to shine via samples and new renditions by the likes of Ed Sheeran and Paul McCartney.

Despite this, in the hotel the day before he receives the award, Bill is refreshingly absent of any pomp. Attired in a BB King T-shirt, comfy trousers and cardigan, he seems bemused by the adulation shown to him.

He says: ‘Paul McCartney sent a nice congratulatory note. He called me a raconteur. I was joking with him; I said, “I looked that word up and was happy to find out it had nothing to do with the care or feeding of raccoons”.’

Bill’s low-key profile means no-one recognises him in the hotel bar or gives him any unwanted attention. Which is how he seems to like it.

He says: ‘Joe Walsh [American songwriter, producer and one time member of The Eagles] recently invited me to dinner with Paul McCartney. He said, “Maybe we’ll pick you up in a limo because we have to go in the back to avoid the paparazzi.” I laughed: “Joe, you guys go ahead. I don’t have that problem.”’

It’s a humble attitude that perhaps stems from his family beginnings in West Virginia. Bill was the youngest of six and the first man in his family who wasn’t a coalminer. For him, music wasn’t initially a calling. Instead he remembers country music on the radio, blues coming out of houses and songs sung in church before he moved to Los Angeles in the mid-sixties to work in the navy.

Bill says: ‘I was an aircraft mechanic, then approaching 30, I decided to try and pursue music.’

He ended up doing menial factory work while he hawked his musical wares around LA. The rumour is at one point he was installing toilets in planes.

‘We actually made the whole bathroom for 747s but I guess it’s more romantic to tell a slightly different story,’ Bill says, eyes gleaming. ‘But they did give me a gold toilet seat when I found success.’

‘I don’t know an F-sharp from Ninth Street. I don’t want to know. That wasn’t my approach. I only need to be musical enough to make a package to wrap my poetry.’

Ain’t No Sunshine, released in 1971, is widely credited as the song that broke Bill and his music. The song became a hit and went on to win a Grammy but to him, there’s no magic around its creation, or any of his other hits. ‘I recorded Ain’t No Sunshine and some other songs, and there it was: I was in the music business,’ says Bill.

Lean on Me and Use Me were among a line of hits that followed. But he doesn’t believe there are any secrets to the success of his songs. ‘With Ain’t No Sunshine, I remember watching a movie, Days of Wine and Roses with Lee Remick and Jack Lemmon. That helped inspire it, but there are always different things. Sometimes you’re just scratching yourself, you get a thought and you pursue that.

‘I don’t have any particular technique,’ he continues. ‘I don’t know an F-sharp from Ninth Street. I don’t want to know. That wasn’t my approach. I only need to be musical enough to make a package to wrap my poetry.’

He laughs. ‘That was pretty what I said. We should probably write that on a bathroom wall.’

Ain’t No Sunshine featured on his debut album Just As I Am and was the start of a golden period. Lean On Me came the following year, then Use Me, both selling millions of copies.

From 1976 Bill released an album each year with Naked & Warm (1976), Menagerie (1977, containing the classic Lovely Day) and ‘Bout Love (1978). Despite the sales and Grammy awards weighing down his mantelpiece, he’s refreshingly self-deprecating.

‘It wasn’t that big a deal,’ remembers Bill. ‘I’ve gotten more attention 50 years later than I did then. I used to play small clubs, like the Troubadour. I’d open for Jennifer Holliday, Phyllis Hyman. So I never was a big functioning star. I only became “legendary” in my dotage.’

Bill’s final studio album, Watching You, Watching Me, came in 1985. And then that was it. He simply withdrew from music. ‘It wasn’t life or death with me. I was in my thirties when success came so was already socially formed. Somebody asked me how I could just stop doing it. But doing it was more of a departure from the norm for me.’

For Bill, fame never got his musical juices flowing. It was a love of songs rather than other people’s approval that inspired him. ‘Some of the best times I had were either singing alone in a navy bathroom or playing with my touring band in the garage,’ he says.

‘The thrill is the same as being at Carnegie Hall. You’re getting off doing it - hopefully. If not, you’re cheating yourself.’

With so much investment in music industry nostalgia, Bill is out of step with trends but he remains uninterested by the prospect of touring or new material. ‘If I needed a song, I could probably find one in there somewhere,’ he shrugs.

Then he laughs: ‘Maybe I might get restless and just go crazy. It’d be hilarious if I went on tour and danced hard right? It’s all flattering but I enjoy being a curmudgeon, a grumpy old man.’

So what keeps Bill busy these days? While his family look after his musical interests, earlier this year he made an appearance on US television to talk about the refugee crisis as well as America’s political landscape.

‘I’m almost allergic to politicians,’ he admits grimly. ‘There’s nobody in politics that you would be surprised to see in a psychiatrist’s waiting room.’

Bill seems perplexed by goings on in Washington DC, particularly with American president Donald Trump. ‘He reminds me of medicine shows that used to travel around the country. They would sell patent medicine but it’s really moonshine with Kool-Aid in it. Somehow, this guy has convinced a lot of working-class Americans that he understands them. Odd, isn’t it? What’s going to happen to us all?’

‘The most advice I would give is, “Enjoy what you’re doing. You may or may not get approval and money, so don’t cheat yourself out of the pleasure of doing.”’

While he’s been out of the industry for some time, he’s still interested in the changes impacting the business. Bill reckons that the web has enabled new songwriters to take a more DIY approach to their music.

‘It’s good because it puts more power in the hands of the individual, but then the individual has to be entrepreneurial,’ he says. ‘It’s defanged the monsters that controlled it before I guess. I find out about it on a need-to-know basis, but it is different now.’

With such a rich catalogue, Bill is well placed to give advice to emerging songwriters. Although he’s reluctant to proffer too much, he believes artists need to make sure they’re not banking on success to keep them satisfied.

‘It’s cruel. Out of all the people in the world, we know who? Madonna, Paul McCartney, Ed Sheeran. How do you become one of these people? Persistence, probably.’

He continues: ‘The most advice I would give is, “Enjoy what you’re doing. You may or may not get approval and money, so don’t cheat yourself out of the pleasure of doing.”’

So with the Ivor Novello Award received, what’s next for Bill? He seems content as he is without re-entering the musical fray. ‘I’m just hoping I live long enough to collect a reasonable amount of social security,’ he jokes as our conversation ends.

‘Yes, I’m just trying to get better at stuff. And looking for the fountain of youth. You know what? I’ve found they don’t put any of it in vodka.’

Read the full list of winners from the Ivor Novello Awards 2017.
Features
Back to top