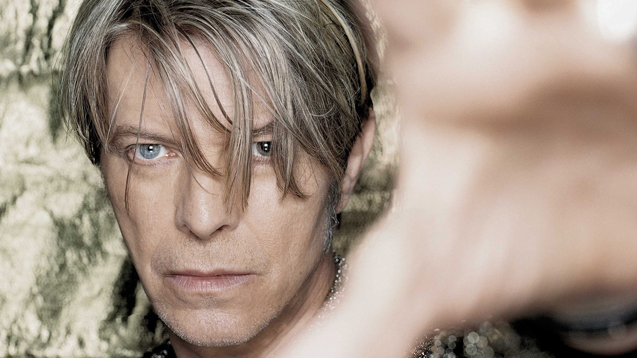 Songwriting legacies: gone but not forgotten

2016 will be marked by the sad passing of songwriting icons David Bowie and Prince, among others. Eamonn Forde asks the publishers tasked with looking after such seminal catalogues, what happens next?

2016 will surely be marked by the sad passing of songwriting icons David Bowie and Prince, among others. With thirst for their musical legacies unquenched, Eamonn Forde asks the publishers tasked with looking after such catalogues what happens next?

2016 has been a year of intense mourning for the music business, with a number of hugely successful and culturally totemic artists passing away – David Bowie, Prince, Glen Frey, Leonard Cohen, Keith Emerson, Greg Lake, Rod Temperton and Merle Haggard to name a few.

Within this, the issue of estate management has come to the fore like never before. Prince passed away intestate and it currently remains unclear who will inherit his personal fortune and the rights to his songs, with court cases, DNA tests and undignified inter-family jostling defining the months following his death. The precise nature of his streaming exclusive with Tidal is currently being fought over, but in November Universal Music Publishing was confirmed as the exclusive worldwide publishing administrator for his catalogue.

Meanwhile one of the biggest publishing deals in recent years was approved in October when the Michael Jackson estate sold its remaining 50 percent stake in Sony/ATV to Sony Corp. for $750m (£595m). According to Forbes’ calculations, Jackson was by some considerable distance the biggest posthumous celebrity earner of 2016, generating $825m.

It is, of course, not all about money, with the role of estates being equally about conserving and building artistic legacies.

‘The best way to maintain the legacy of a writer is to ensure that their songs are not forgotten,’ says Peter Brodsky, the Executive Vice President of Business and Legal Affairs at Sony/ATV. ‘You have to make sure you are licensing tasteful usage. You have to think about things like biopics if there is a life story to tell and how the songs can be used to tell part of that story. Then there are also commercials – where there are tasteful ways to use the songs. There is no better way to keep a legacy alive than to have a song out there in lots of different formats.’

In the immediate aftermath of a writer’s passing, especially if they were also a known performer, there will be a sharp uptick in usage requests.

‘Take a writer like Michael Jackson,’ says Peter. ‘After he passed away, there was a big flurry of activity and we were doing a lot of licensing at that time in connection with tributes, shows and movies. Then, all of a sudden, things like Cirque de Soleil come around. That is at a very high level and doesn't happen for everybody.’

The skill in all of this, however, is in ensuring the right approvals are made.

‘Whenever a request comes through for usage, we never ping them straight across for prior approval without reviewing internally,’ says Steve Clark, the Senior Vice President of Global Administration at Warner/Chappell Music. ‘We, as the publisher, will offer our commercial judgement on whether a request is appropriate for exploitation or if they are not. We would then offer that advice to the estate, just as we do with all other writer clients. They can follow our advice or they may have opinions of their own; it can lead to a positive and interesting exchange of thoughts.’

Early indications suggest that the Bowie estate is going to be run exceptionally well. His longtime business manager, Bill Zysblat, was named in his will as chief executor and this was widely seen in the industry as clear proof that everything done in his name will happen with great care, attention to detail and taste.

Blackstar, his final album, was released mere days before his death and several classic albums and singles re-entered the charts in the weeks after his passing, as one might expect. There is clearly demand for his music, but the products and projects that have come out so far have been diverse and surprising, managing to delicately sidestep any sense of being a crass cash-in and instead helping add to his enormous legacy.

The Gouster, his classic ‘lost’ album from 1974, finally emerged on the Who Can I Be Now? (1974-1976) box set in September, while the Lazarus play opened in London in November with an accompanying soundtrack. More projects and reissues will surely follow, and are likely to have the same lightness of touch as those which have emerged since January 2016.

The role of the publisher can sit as the early filter, weeding out the inappropriate/unworkable and passing only select requests through to the estate.

Often, approvals can be routine, but there is also something of a high wire act happening here, especially as the estate – over time – may become more open or less open to exploitation of the rights they are now custodians of. The publisher can be key in navigating this ever-shifting landscape.

‘We as a publisher are there to do two things: the first is to protect the copyright that we are representing; and the second is to appropriately exploit it,’ says one senior publisher. ‘I say “appropriately exploit” because we don't just exploit in all avenues or areas because we are very respectful that some writers don't want their repertoire to be exploited in these ways. When a writer passes away and their estate is handling those approvals, we obviously work very closely with the estate to clarify if they want to take the same protective approach on certain usage types or whether they are happy to relax the boundaries and allow further exploitation.’

They add, ‘Often it can be the case with an estate that has inherited the rights from the writer that they want to preserve the activity. It's at those points that we would work closely with the estate in thinking about different ways to exploit the catalogue.’

When a writer passes away, if they have left a will, there is a formal process of transition and the nominated estate managers (sometimes family members, but often legal and music business experts) take control of the creative and commercial decisions. As the example of Prince shows, however, this is not always plain sailing.

Systems, however, have to be in place to ensure that royalties due from ongoing usage are collected and properly accounted for – even if there is uncertainty for the moment about how those monies are split.

‘What can be a challenge is if there isn't an absolute default position on a person passing away as to what happens to the royalties,’ explains Steve from Warner/Chappell. ‘It could be that activities are approved and still go ahead, but the publisher is unable to pay royalties out because they don't have the final answer on who those royalties should go to. The publisher would just have to hold that money in escrow until the point in time where there is a clear formal instruction as to how to pay out those royalties; it is vitally important that royalties are accounted to the right person/persons.’

Peter over at Sony/ATV is sanguine about this, noting that disputes are not surprising within estate management and are really just an occupational hazard. ‘With or without a will, it's not uncommon to have some kind of dispute among heirs and that is just something that we have to navigate,’ he says. ‘It really depends and is case by case. We are used to having to deal with disputes among heirs. If the money goes into escrow [until disputes are resolved], that's really a case-specific question.’

While 2016 will go down as one of the most shocking for musical deaths, it should also be seen as a time to commemorate the lives and work of some of the greatest songwriters of the post-war era.

‘I don't want to say it [the passing of famous writers] creates opportunities, but it does create the opportunities to celebrate the music that these people have created,’ says Peter. ‘We think about this every day. That's what our job is – to publish songs and get them out there any way we can. Whether it's an estate or someone who is alive or a current hit or an old catalogue song, that's what publishers do.’

This article appears in the December 2016 edition of M magazine.
Features
Back to top